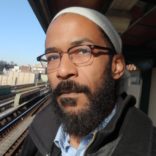 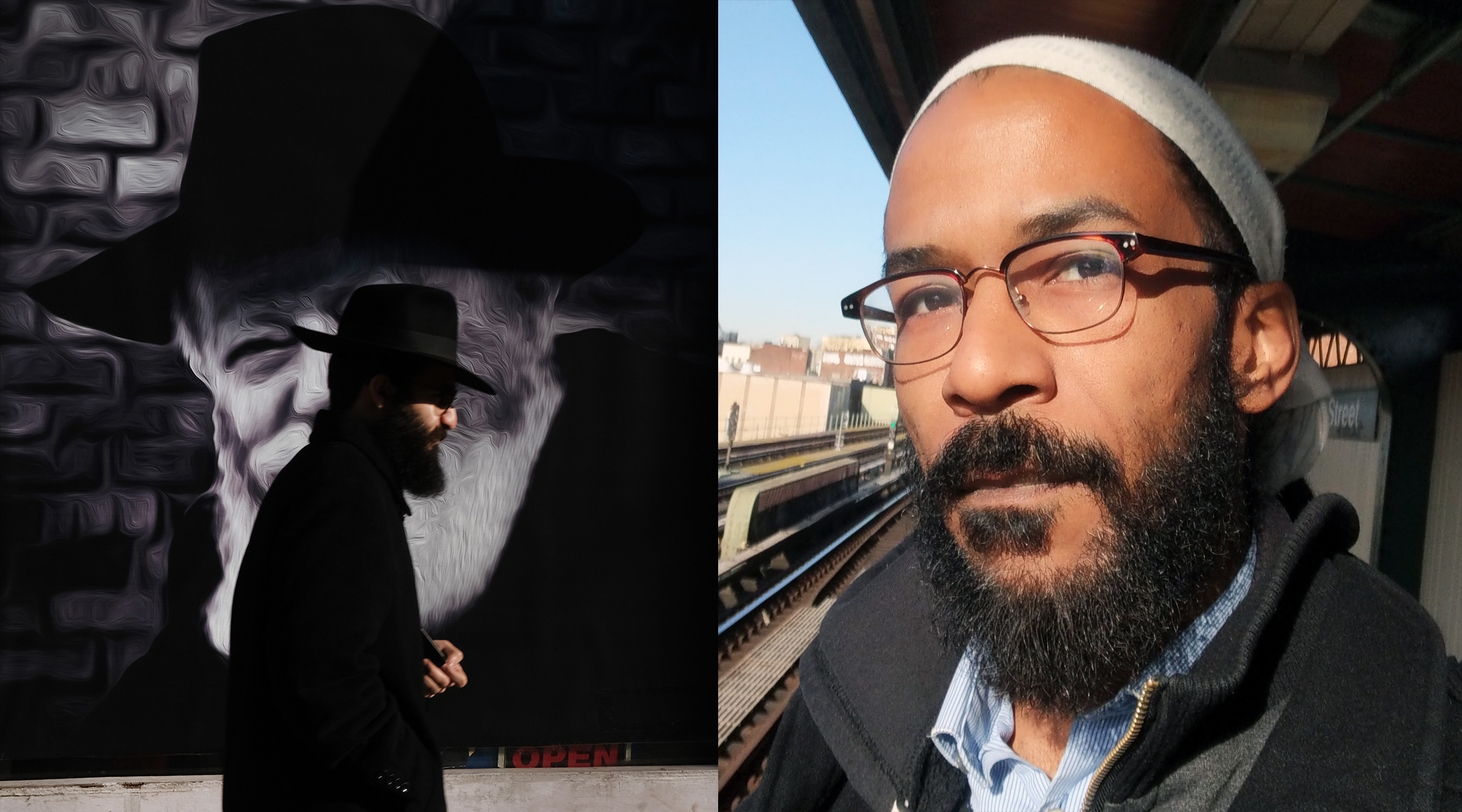 A version of this article was originally published on TribeHerald and was reprinted with permission.

NEW YORK (JTA) — People often ask me why I converted to Judaism. Once people find out I’m a Jew by choice, it almost invariably follows soon after: the quizzical look and query, “so what made you convert?” I often joke that people expect to hear some supernatural story of a divine encounter.

My first encounter with Judaism would be a chance viewing of a Happy Passover commercial at age 7. My first encounter with Orthodox Judaism, however, would come at age 14: After seeing a lecture on anti-Semitism at Johns Hopkins University advertised with a swastika on a flyer, I would attend, only to be asked, “so what are you doing Friday night?”

My first Shabbat would find me awkwardly sitting in services, inadvertently violating Shabbat with my Walkman on after accidentally first sitting in the women’s section. I would lamely make my way through prayers — transliterated at first, then slowly in Hebrew as I learned to read. Soon after my first service, there in the kosher dining hall, I would meet a Hasidic graduate student who would invite me to his family’s home for Shabbat.

I would be introduced to Orthodox Jewish tradition in their Lubavitcher home: That would be my first time seeing Jewish law observed, seeing horseradish shred for Passover, seeing a menorah made from oil and wicks instead of candles. They would welcome me into their home, and the Chabad synagogue to which they introduced me remains my synagogue in Baltimore City to this day. In that Chabad synagogue would be the first time I heard Yiddish read out loud. The first time I heard “L’chaim!” (for my 14-year-old non-Jewish self it would be Sprite instead of vodka). The first haredi friends I made.

When I decided to move to New York to begin the process of conversion, I had only one frame of reference when I visited Brooklyn: Crown Heights. I wanted to meet the Lubavitcher rebbe for years (he would pass away right before I started college); 770 Eastern Parkway seemed to be the natural place to start my Jewish journey. From the start of the process, I knew that I wanted to be Hasidic. The teachings, the garb, the language: Everything seemed to resonate with me. Ultimately my conversion wouldn’t be Lubavitch, but there was no question as to which type of Judaism I felt most drawn.

I remember my mother driving me to Brooklyn once during the conversion process. As we passed through Borough Park on the way up from the Belt Parkway, I remember pointing to Hasidic people from the window of the car and saying, “See, Mom, you see that? That’s what I’m going to look like one day.” She looked almost horrified.

“Yep,” I said, the rebellion in my voice insinuating that I was half doing it to piss her off. I think she secretly hoped it was a phase I was going through in my conversion process.

After conversion – by a mostly Hasidic beit din, or rabbinic court – and learning in yeshiva, I would come back to Brooklyn and made “making myself a rav/teacher” a top priority. After finding a rebbe, and having learned Yiddish during the conversion process, becoming more accepted in the Hasidic community as a Black Jew was my next priority. This turned out to be far less challenging than I initially expected.

I found that the average Hasidic person identified as “Jewish” above all else, the pan-ethnic Torah-national identity, eschewing “white” and even “American” at times. The absence of this self-identification (while the Yiddish epithet “shvartzer” is well known, how many Hasidic people refer to themselves as “veiss”?), in my experience, led to a diminution in racism: the attitude was, “you want to live here? Like us? “Gezunterheit!” (More “modern” Hasidim can identify with whiteness similarly to their more modern counterparts elsewhere; when combined with a conservative worldview, this also can lead to the adoption of racist views.)

A fight almost ensued over the privilege of having me as a guest for a Shabbat meal. Many months would see me virtually unable to walk home on Shabbat, stuffed with Ashkenazi (usually Polish or Hungarian) delicacies.

Hasidic philosophy is beautiful: the Baal ha’Tanya stresses the divine spark inside each of us, Rabbi Levi Yitzchak of Berditchev argues with the Creator on his fellow Jew’s behalf. The ideal to which the Hasid holds himself is a reflection of a beautiful multi-century tradition.

So why did I leave?

In 2005, I was talked into going to that year’s Pride parade. I had reluctantly started to date again after conversion, divorce from an arranged marriage in 2003 (arranged marriages are often customary in the Hasidic world) and the death of my mother in 2004 — this would be the first “boyfriend” I had attempted to have since becoming Jewish. He was a rabbinical student, and I figured that he and I, while from two different denominations of Judaism, could find a way to make a relationship work. I was instinctively against going to Pride — after all, I was Hasidic — but he talked me into expressing myself as a whole person and joining the parade.

Someone from my sect would also go to Pride that year armed with a digital camera. This person would see me at the parade — presumably having gone there to protest, or to see if I was there — and take pictures of me marching with the other revelers in an attempt to have me excommunicated, or worse. He would send copies of the pictures to my rabbis, and I would never have the same level of comfort or acceptance again in the Hasidic world. I would sink into a depression coupled with paranoia for years.

A few years later I would leave the Orthodox world entirely and come out of the closet professionally — as Y-LOVE — in 2012. While the Black me could find acceptance in the Haredi world, the queer me was a persona non grata.

I would find out after coming out that many of my fears of homophobia were unfounded with regards to the Orthodox world — thousands of shares of my coming-out story on Facebook would be accompanied by posts with supportive comments from Orthodox people — but the sole death threat I would receive would be from a self-described Hasid in Crown Heights. (I would avoid the neighborhood for years after.)

Was he alone in his thinking? Possibly. But I’d never find out. After coming out, I moved to Los Angeles; after L.A., I would get into a long-term relationship with a non-Jewish boyfriend. I’d still be in Brooklyn, but a million miles away from Borough Park.

Now I’m living without the boyfriend and with the emotional scars from 2005 — but I still remember what life was like before then. I still remember hocking with guys in yeshiva, getting lunch from the heimishe deli and how fly I looked in my black silk bekishe.

I do remember the racists and the near daily interactions with them — but I also remember the people who had my back against them. I remember all the complexities of dealing with the Hasidic world and still wax nostalgic more often than not. Whether from the beauty of the traditions or the cacophony of the beis midrash, I find my memory tugging at my heartstrings on a regular basis.

The level of racism I’ve heard coming from the heimishe velt has definitely increased since those days, however. I wonder if I’ll ever be made to feel as at home as a Black Jew as I would during some of those idealistic days during my 20s. Nor do I know if I still have the level of tolerance I once had for near-daily brushes with racism. (Moreover, a solid political rightward shift on the part of the community, contrasted with a solid leftward shift on my part — in today’s polarized climate — is a recipe for alienation.)

And while a gay person has far more sex in the mind of a homophobe than they do in real life, I wonder if I’m branded an incorrigible evil person in the eyes of the community for the rest of my days. The fear of widespread rejection — again — keeps me away from what I once considered a spiritual center.

Yitz Jordan
is also known as Y-LOVE and is a community activist, entrepreneur and hip-hop artist based in Brooklyn. Jordan is currently the Co-Founder and CEO of TribeHerald Media, a growing platform of media, content, innovative experiences and products that hopes to introduce the world to the Jewish community in all of its diversity on a grander scale.
The views and opinions expressed in this article are those of the author and do not necessarily reflect the views of JTA or its parent company, 70 Faces Media.