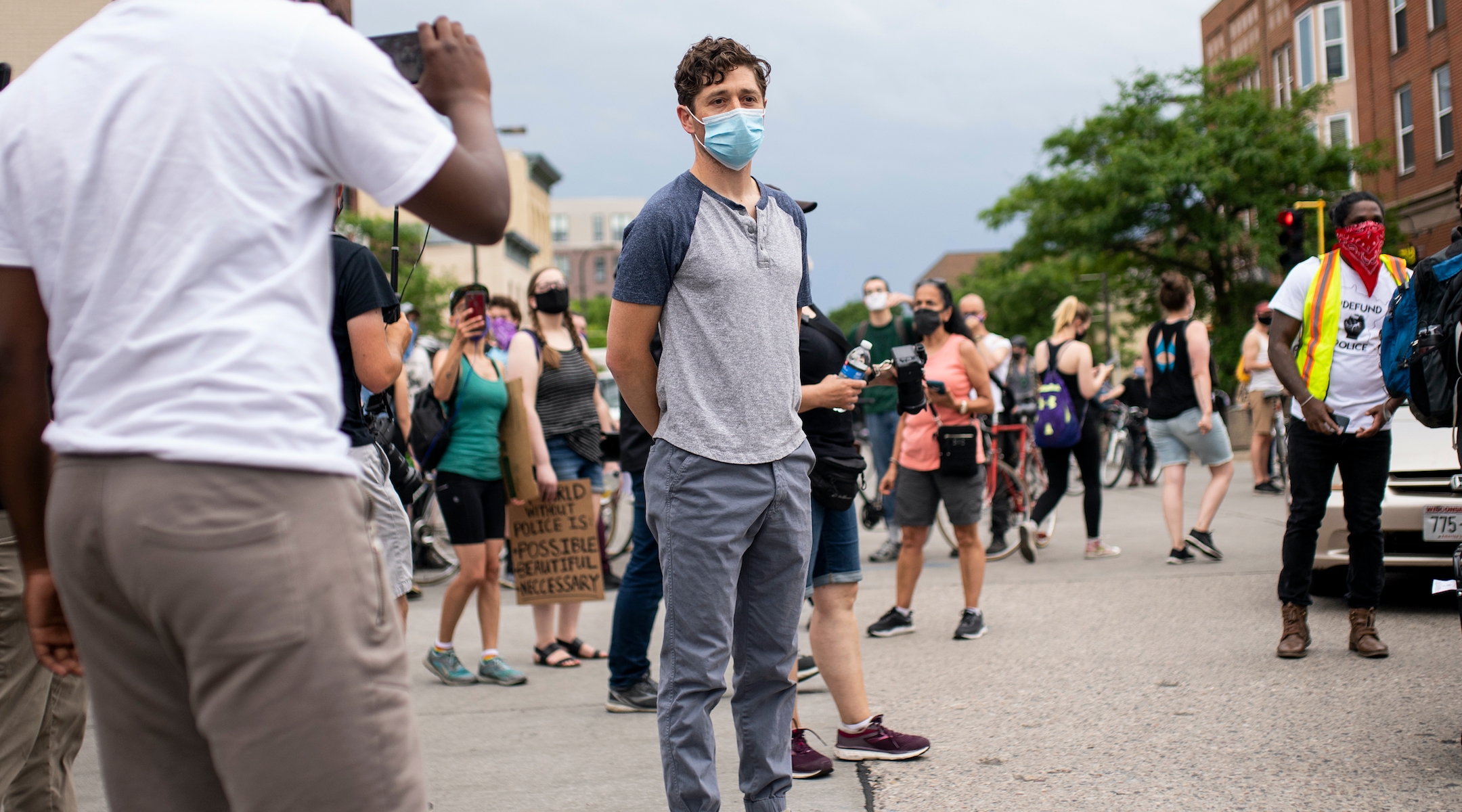 (JTA) — Here’s a bit of news that has flown under the radar: Minneapolis Mayor Jacob Frey supports reparations for African-Americans.

The youthful mayor, who is Jewish, revealed his support in an appearance on “All In with Chris Hayes” on MSNBC last week.

A viewer asked Frey about the topic, citing both the growing block of mayors of Southern U.S. cities who support reparations and the compensation that West Germany paid to Holocaust survivors and to Israel in the 1950s and 60s.

“Will you join some of your fellow mayors in petitioning Congress to approve reparations for Black Americans whose ancestors endured the horrors of slavery and subsequent racial terror?” Marcelle from South Carolina asked.

Frey brought his Jewish identity into his response.

“As a Jew who lost extended family during the Holocaust,” he said, “I have been told stories about the impact that this has had on our family and our lives, and yes, reparations need to take place.”

Frey grew up in a Reform Jewish family and now attends two Reform synagogues in Minneapolis with his wife, who recently converted to Judaism.

“We have seen throughout many generations systematic racism that has been put in place, whether it’s around financing, or housing, or intentional segregation,” Frey added Tuesday. “If you look over time from generation to generation, that ultimately leads to significant wealth gaps.”

The 38-year-old was thrust into the national spotlight after being targeted in a tweet by President Donald Trump in October 2018, who called him “a rotten mayor.” Frey had been widely praised by his fellow Democrats for his progressive policies relating to housing and poverty. He had even become a bit of a sex symbol on social media.

But after the death of George Floyd in Minneapolis, which sparked an international movement of protest and reckoning over racism and police brutality, Frey was booed by protesters when he stated that he would not completely defund the city’s police department.