At the Republican convention, some unconventional messaging for American Jews 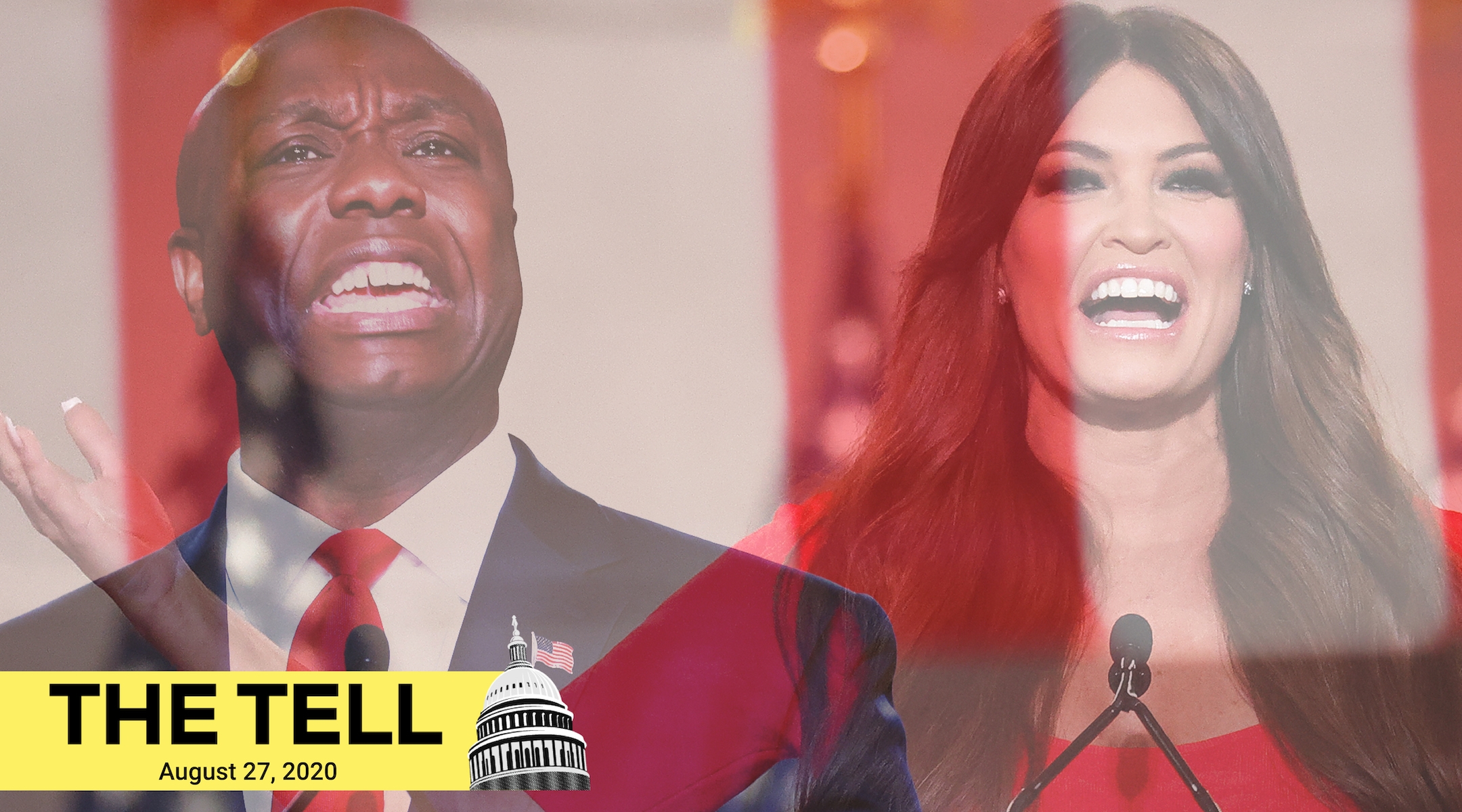 Welcome to The Tell, the inside scoop on this week’s Jewish political news by Ron Kampeas, JTA’s Washington Bureau chief.
WASHINGTON (JTA) — This week’s Republican convention was the first political confab to feature Jerusalem as a backdrop.

It may be the last. A congressional subcommittee and two citizens have taken steps to launch investigations into whether Secretary of State Mike Pompeo broke the law by using government resources for a political campaign.

Pompeo said he filmed the message on his dime and time. His critics say he flew to Israel and got the comfy King David bed at taxpayer expense.

The showy display of support for Israel was one flank of the mixed messaging that the convention sent to American Jews. On the one hand, President Donald Trump’s Israel policies have been touted every night. But the convention also featured speakers and guests whose language and actions have tread anti-Semitic territory, sometimes explicitly.

One of the scheduled speakers, hours before her appearance, amplified an anti-Semitic screed on Twitter; she was yanked from the program. Another cheerfully acknowledged likening abortion to the Holocaust, a comparison that Jewish groups have called a softer form of Holocaust denial, and kept her speaking spot. One congressional nominee who raised eyebrows by taking vacation selfies at Hitler’s retreat spoke at the convention, while another who has peddled anti-Semitic theories scored an invitation to Trump’s speech tonight accepting the nomination.

Will the mixed messages continue on the convention’s final night? I’ll be listening closely — and will post my final wrap-up once the speeches are over.

For now, here’s a scorecard of the times Israel has been invoked, so far. (This is written before the Thursday night events; my bets for the final night Israel mentions are Trump himself, his lawyer Rudy Giuliani, House Minority Leader Kevin McCarthy and Ivanka Trump.)

Nikki Haley, the former ambassador to the United Nations: “President Trump moved our embassy to Jerusalem, and when the U.N. tried to condemn us. I was proud to cast the American veto.”

Pompeo: “The president moved the U.S. Embassy to this very City of God, Jerusalem, the rightful capital of the Jewish homeland. And just two weeks ago, the president brokered a historic peace deal between Israel and the United Arab Emirates.”

Jason Joyce, Maine lobsterman: “He nominates judges who respect the Constitution and the right to life, keeps his word, like eliminating the European tariffs and moving the U.S. Embassy from Tel Aviv to Jerusalem.”

Eric Trump: “Over and over, issue after issue, the economy, the [Mexico] wall, the military, trade deals, tax cuts, Supreme Court justices, VA hospitals, prescription drugs, school choice, right to life, moving the embassy to Jerusalem, peace in the Middle East, never-ending wars were finally ended, promises made and promises for the first time were kept.”

Keith Kellog, Vice President Mike Pence’s national security adviser: “He wisely wields the sword when required, but believes in peace instead of perpetual conflict. Just over a week ago, our president brokered a peace agreement between the United Arab Emirates and Israel, the first in the Middle East in over 25 years.”

Pence: “And we’ve stood with our allies, like when President Trump kept his word, and moved the American Embassy to Jerusalem, the capital of the State of Israel, setting the stage for the first Arab country to recognize Israel in 26 years.” (Pence, one of the few speakers to have the benefit of a live audience, got applause when he mentioned Jerusalem.)

Elizabeth Neumann, until recently the assistant secretary for threat prevention and security policy, loves Jesus, her family and defending the homeland from the threat of far-right extremists.

Her passions led her to record a commercial for Republican Voters Against Trump saying Trump’s “actions and language are in fact racist.” She said the president “gave permission to white supremacists to think that what they were doing was permissible, and I do think that the president’s divisive language is indirectly tied to some of the attacks that we have seen.”

Neumann also spoke to Politico at length in an article that quoted an unnamed state law enforcement official who said that the Anti-Defamation League, and not the feds, is his preferred go-to when he’s seeking information on right-wing extremists:

Trump’s elections led to the establishment of a notable cadre of conservative “Never Trumpers,” many of them Jewish, including thinker Bill Kristol, columnists Jennifer Rubin and Max Boot, and top former George W. Bush officials Eliot Cohen and David Frum.

Back atcha, says the Republican Jewish Coalition, rolling out an ad this week featuring a number of Democrats who say they back Trump. They include a cantor, a physician, a rabbi and a Democratic congressional candidate in 2014. A little Google searching confirms that the four have indeed been Democrats, although some of them seem to have crossed over before the last presidential election.

It’s not a new tactic. The RJC ran “Buyer’s Remorse” ads in 2012, the year President Barack Obama won a second term — although Mitt Romney, the Republican nominee, scored better with Jewish voters than any GOP nominee since the late 1980s.

Rep. Lee Zeldin, one of just two Jewish Republicans in Congress, is facing an unexpectedly tough challenge from a Long Island chemistry professor, Nancy Goroff. Zeldin spoke this week at the convention and praised Trump. “For our nation to emerge even stronger, more prosperous. freer and more secure than ever, to make our country, greater than ever before, we must reelect President Trump,” he said.

Conventions feature an array of clergy launching (and sometimes closing) each night with a blessing. Doing the Jewish honors this week was Rabbi Aryeh Spero. You may remember him as a co-chair of one of Pat Buchanan’s presidential campaigns. 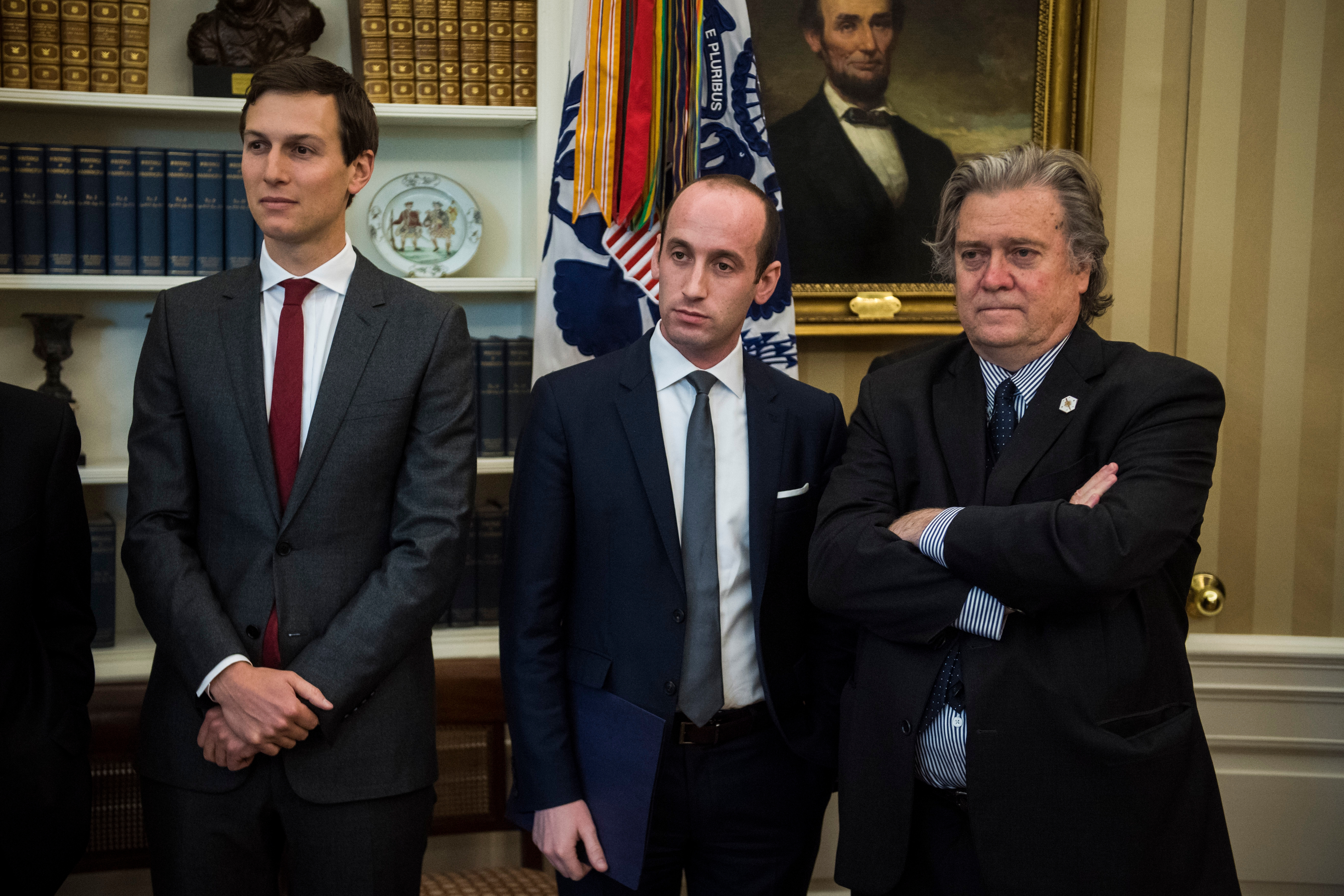 Molly O’Toole at the Los Angeles Times interviews Jean Guerrero, who just published “Hatemonger: Stephen Miller, Donald Trump, and the White Nationalist Agenda.” Guerrero argues that unlike others in Trump’s orbit, Miller, who is Jewish, is a true ideologue. 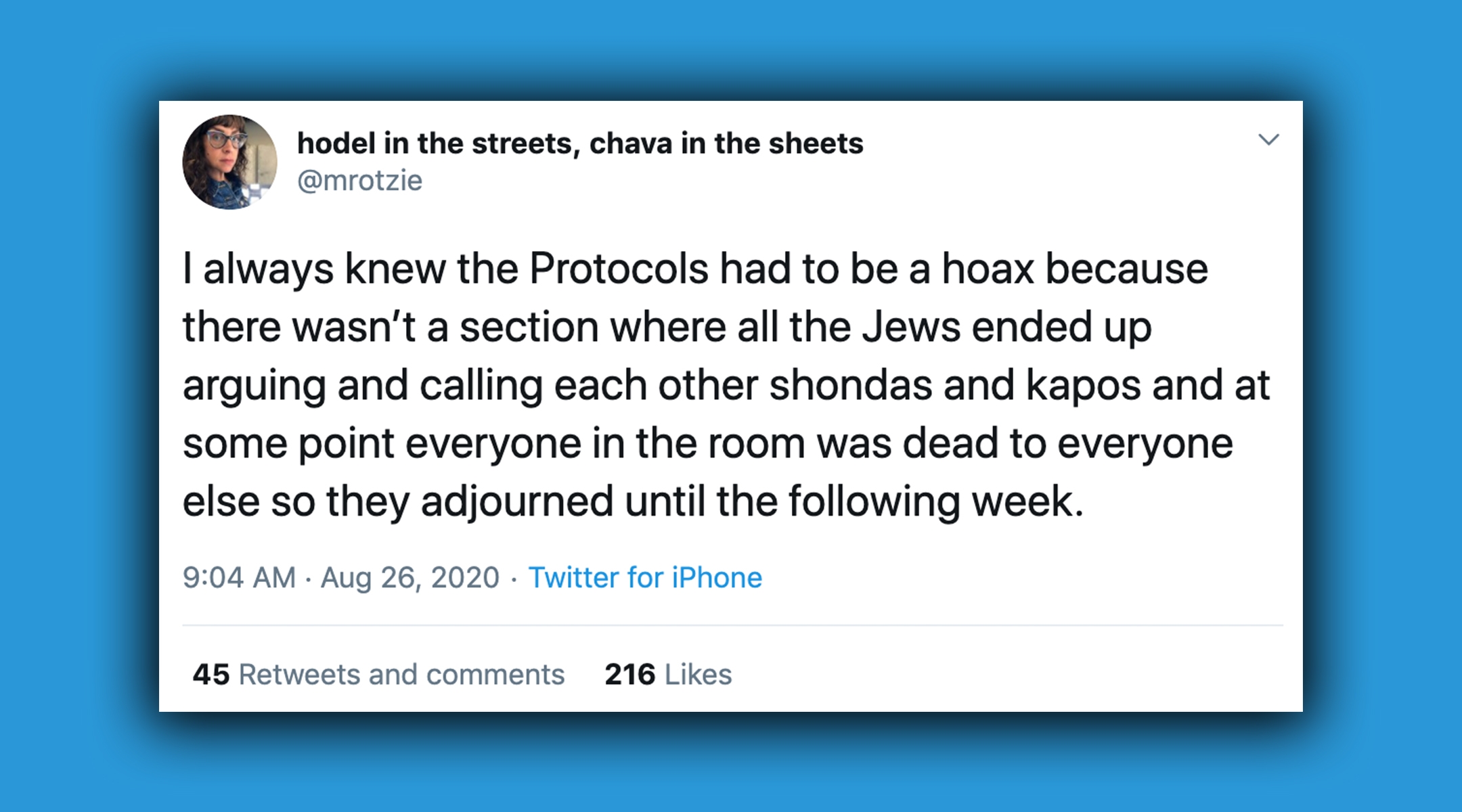