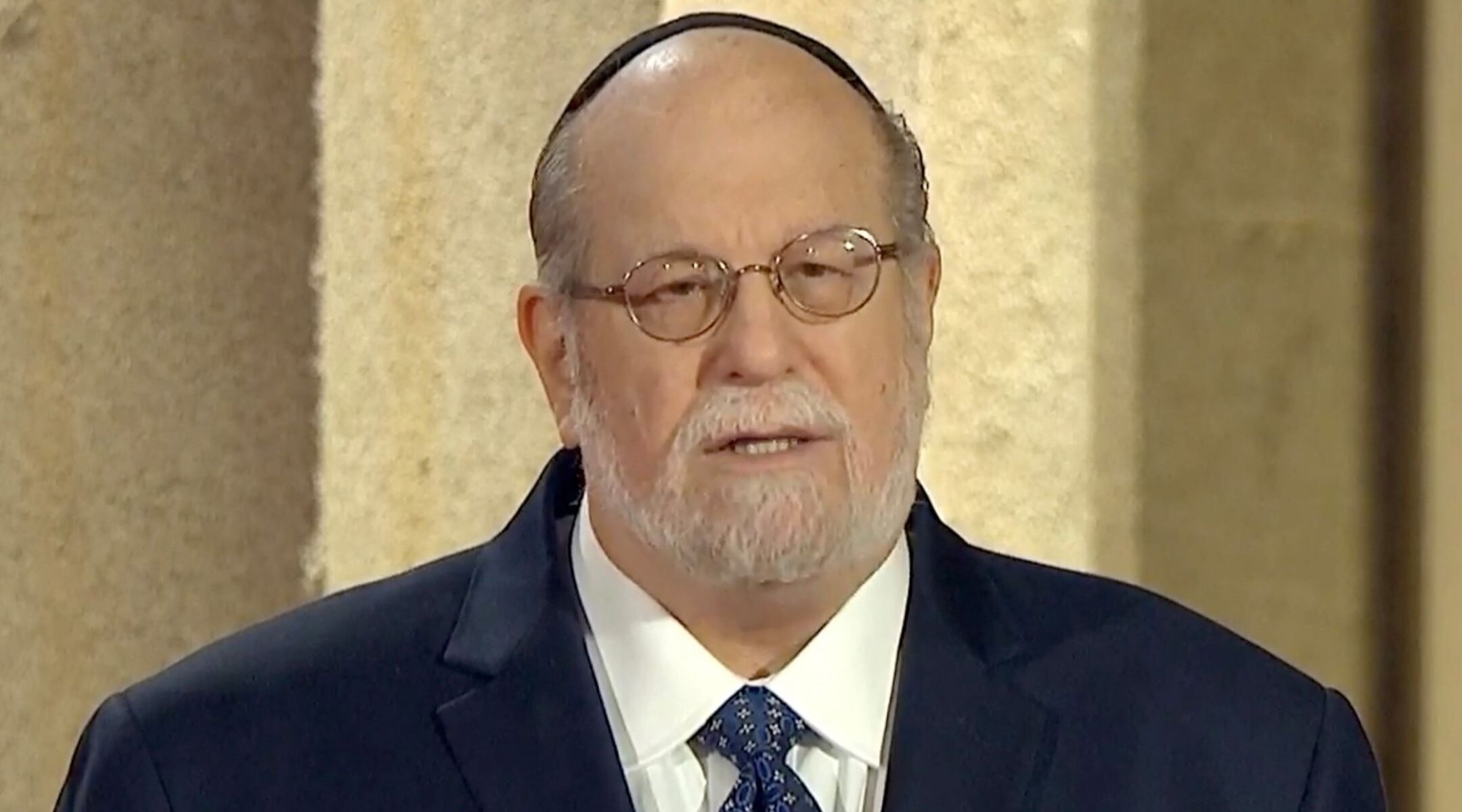 (JTA) — On the third night of the Republican convention, Aryeh Spero, an Orthodox rabbi with a long track record of right-wing Republican involvement, asked God to bless President Donald Trump.

Spero, who bills himself as the first rabbi to have endorsed Ronald Reagan in 1979, said Trump “has stood up fearlessly against those who are corrupting the term social justice.”

Spero has long been involved in far-right politics, serving as one of four chairs of Pat Buchanan’s third-party 2000 presidential bid and heading a series of organizations aimed at advancing a “Judeo-Christian outlook.” The website of the latest, the Conference of Jewish Affairs, showcases videos of Spero’s appearances on Fox News and lists an advisory council that includes a number of right-wing Jews, such as a Massachusetts rabbi who was decried for inviting anti-Muslim advocates to speak at his synagogue and an Israeli professor who said only the threat of having their mother raped would deter anti-Israel terrorists.

During his speech Wednesday night, Spero invoked “our Judeo-Christian tradition.” He also offered a prayer that exalted Trump.

“Father, we pray that this outlook in mindset, this form of government continues as has been our history, especially now, when to our horror, it is being challenged,” he said in the opening blessing. “And so we pray that God gives strength and health to our president, who has splendidly demonstrated daily determination to defend and maintain the God-given rights of our citizens as enshrined in our Constitution.”

Spero said Trump “has stood up fearlessly against those who are corrupting the term social justice, so as to deny Americans their birthright,” adding, “May God protect him.” He appeared to be referring to protests across the United States against police violence and for racial equity that have at times turned violent; his speech came the day after a 17 year old militia enthusiast allegedly shot and killed two people protesting the police shooting of a Black man in Kenosha, Wisconsin.

“We are compelled to resurrect and give rebirth, to our providential beginning to renew our present days with the exuberance of those founding days, perhaps, that is what is meant when we say, Make America Great Again,” he said, using the Trump campaign’s slogan. “We plan to vigilantly protect and tend the garden, so as to imbibe its blessing.”

In its broadcast, the Republican convention misidentified Spero, who runs a website called “Caucus for America,” as Shubert Spero, a different person who is a 96-year-old Orthodox rabbi and professor of Jewish thought at Bar Ilan University in Israel.

Speakers on the third night, as on the two nights previous, celebrated Trump’s Israel policies. Vice President Mike Pence referred to a recent breakthrough in the normalization of ties between Israel and the United Arab Emirates, brokered by the Trump administration.

“We’ve stood with our allies, like when President Trump kept his word and move the American Embassy to Jerusalem, the capital of the State of Israel, setting the stage for the first Arab country to recognize Israel in 26 years,” Pence said in the night’s closing speech.