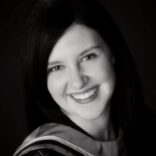 This article originally appeared in Alma.

I’ll never forget the day I converted to Judaism — after all, it was one of the best days of my life!

After years of studying, learning and teaching, I finally achieved the goal I’d had from the age of 16. But while it was an amazing day, it was also a hard one. The day I converted was the day I fully started to understand how hard being a Jew can be — not due to anti-Semitism or being less than 1% of the population in my Canadian city, but because of the deep divisions within my city’s Jewish community.

There is a sum total of one mikveh in my city, tucked away within the Modern Orthodox synagogue. I was converting through Reform Judaism, but my rabbi was able to book our use of the mikveh in advance. But on the day of my conversion, they locked us out. My rabbi, the beit din and I were all locked out of the building by the Modern Orthodox rabbi who argued that Reform Judaism wasn’t “real Judaism.” This wasn’t entirely unexpected, as my rabbi and the Modern Orthodox rabbi did not have the most positive relationship, though it was still very unsettling. After a half hour of back and forth on the phone between them, I was finally let in and converted into the Jewish people.

While both rabbis have since moved on to other communities and the relationship between the Reform and Modern Orthodox rabbis in my city has seemed to improve, this experience left a scar on my conversion and my feelings toward the Jewish community as a whole.

Choosing to convert through the Reform stream was an easy choice for me, as all of my Jewish friends attended the Reform synagogue. As I continued through my conversion process, I became part of the larger temple community, teaching in the Hebrew school and getting involved in adult education programming and community initiatives. I loved that our community was inclusive and accessible to everyone. At the time of my conversion, my temple was the only space in the city that was openly welcoming of the LGBTQ+ community. It was important to me to join a community that aligned with my personal values.

But over the years, I’ve continued to feel ostracized in my city’s larger Jewish community for converting Reform, whether by community partners I’ve worked with or by people who I assumed were friends in other denominations. The most telling is people’s silence when someone else says something unkind or untoward about me. When nobody else speaks up, I’m left to feel that everyone agrees.

One year, a few weeks before Yom Kippur, I was at a friend’s birthday dinner with a large group of young Jewish professionals, all women. An acquaintance was telling the table that she had no tickets for the High Holiday services at the same Modern Orthodox synagogue that locked me out of my conversion. She was afraid she wouldn’t get tickets and would not be able to attend. While the rest of the table was silent, I offered to get her and her husband tickets to my temple.

This specific person had previously mentioned her disdain for Reform Judaism, stating, “Reform Judaism isn’t actually Judaism.” Knowing this, I said to her, “I know my temple isn’t where you would want to be, but if you don’t get tickets to your synagogue, I’d love to have you.” Her response was to curl her lip in disgust and say, “I appreciate it but honestly I’d rather not go to services at all.” She then looked me up and down before saying, “It’s sweet that you’re so involved with the community, considering you’re not actually Jewish.”

Sitting in stunned silence, I watched as the rest of the group nodded along with her, some even going so far as to verbally agree with her and say things along the lines of, “No offense, Jessy, it’s just that you’re not.” The conversation of my not being Jewish and how it was laughable that I considered myself to be Jewish continued throughout the evening until I made the executive decision to respect myself and leave.

While I know this is a reflection on them and not on me, it’s another slap in the face to converts. Most of us don’t talk about or share our conversion experiences, choosing instead to quietly blend into the community so that our presence isn’t questioned. For many people, conversion was the most painful time of their lives, when family and friends turned their back on them. We’ve had to create new roots for ourselves and accept that some people won’t accept us — and that’s outside the Jewish community.

Within the Jewish community, we draw lines at how someone converted and how they choose to worship. I know Jews who have converted in several different denominations of Judaism, who have left synagogues, had to move cities to find their right communities where they were accepted, or have given up on being Jewish entirely based off of negative interactions with other Jews. I know people, including myself, who have been kicked out of Jewish learning groups for our denomination of worship or conversion status.

We, as a group, need to realize our strengths in accepting one another for just how beautifully diverse we are. My grandfather had a philosophy he wanted me to live by when it came to family: You don’t have to like each other, but you have to love each other. I believe this philosophy can be applied to Judaism and how we should interact as a people.

You don’t have to like someone’s Judaism or how they live their life or express themselves. But you should love your neighbor — whether they be Reform, Reconstructionist, Conservative, Renewal, Orthodox, Chabad, whatever!

The day I was locked out of the mikveh with my rabbi, he looked at me and told me that situations like this were why we had to do better, be better, and work harder to acknowledge our differences and love each other for them. As my rabbi put it, “People who hate Jews hate Jews — they don’t see denominations of Judaism.”

Life is too short, especially in this day and age, to tear each other apart over something as silly as how or where we choose to express our Judaism. The important part is we are supposed to be one people. It’s time we start acting like it.