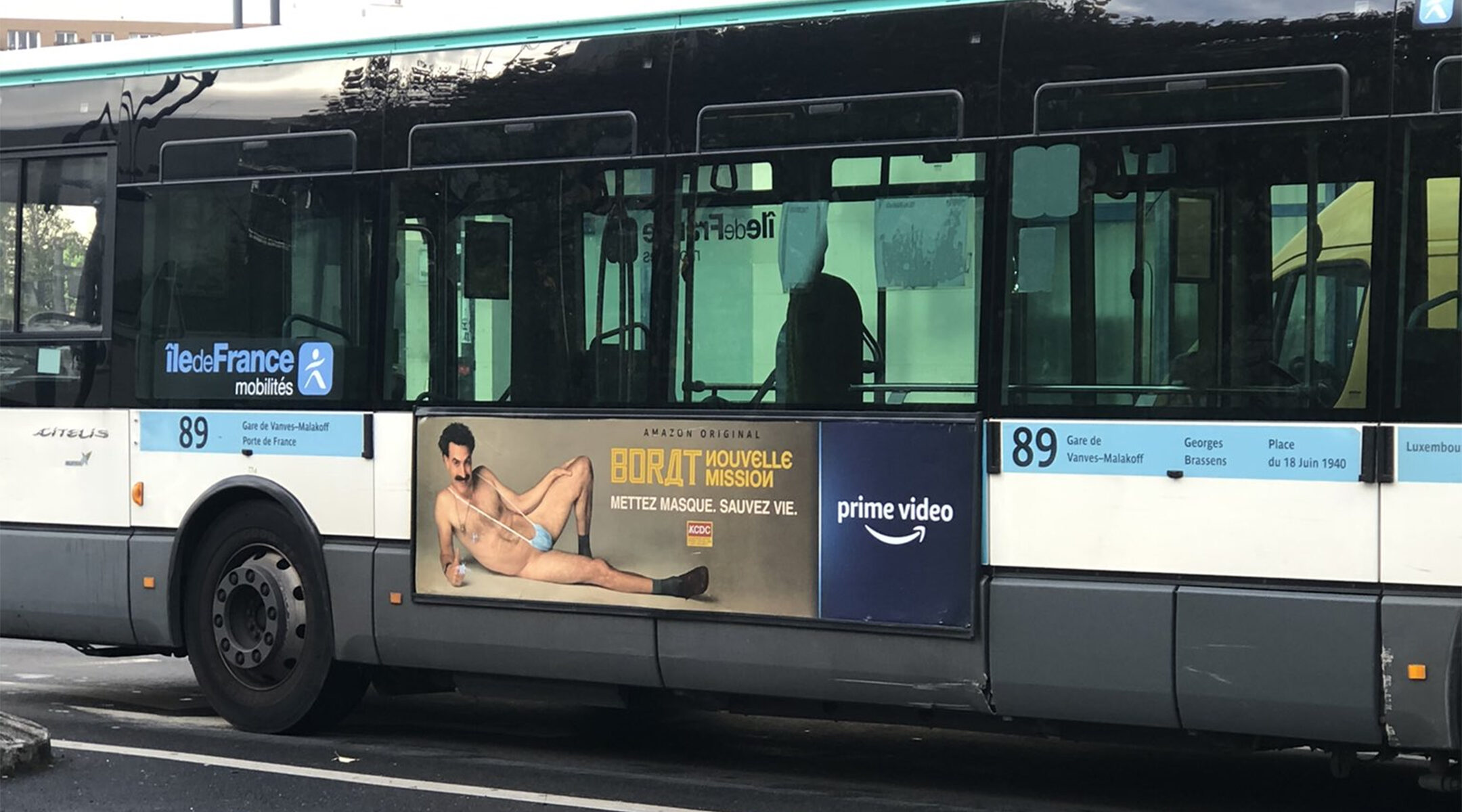 A RATP bus with a billboard of Sacha Baron Cohen wearing a ring with the word Allah on it moves through Paris, France on Nov. 2, 2020. (Courtesy of @firehairedreamr/Twitter)
Advertisement

(JTA) — A billboard showing Sacha Baron Cohen lying seductively while wearing little more than a ring featuring the word Allah in Arabic is riling up Muslim bus drivers in France.

The ads are a promotion for the Jewish actor’s new film, the sequel to “Borat,” and they come amid a spate of jihadist attacks spurred in part by representations of Islam and at a time of rising tensions around the French government’s controversial crackdown on radical Islam.

Among the attacks in recent weeks, a teenager from Chechnya who lived in France as a refugee beheaded a history teacher, Samuel Paty, because Paty had shown his student caricatures of Mohammed from the Charlie Hebdo magazine. In 2015, two jihadists murdered 12 people at the magazine’s headquarters over the caricatures; days later, their accomplice murdered four Jews at a kosher store. 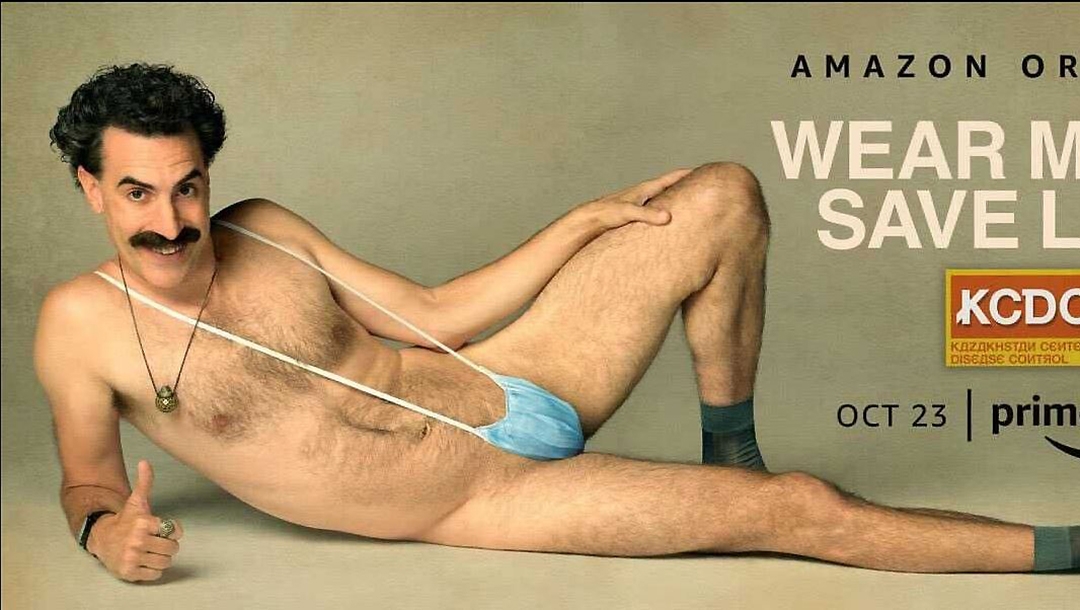 The ring that Sacha Baron Cohen, as Borat, is wearing in this ad for the second “Borat” film is angering some Muslims in Paris, where this image appears in a bus ad. (Amazon Prime)

Bus drivers are protesting the ad, which is part of the film’s international promotion by Amazon and shows a ring that Borat frequently wears. One driver on Twitter posted a video calling the poster “unbelievable” and offensive and promising to remove it. He did not show his face in the video or identify himself.

Other drivers have shared the video in solidarity, according to Le Parisien, in a social media push that bears a resemblance to the one that appears to have inspired Paty’s alleged murdered to target him.

In addition, an unusual number of vandalism cases was observed in Paris region buses since the ads went up, according to the France 3 network. And some transportation officials fear that the billboard may have provoked the torching of an RATP bus in the northwestern suburb of Sartrouville on Oct. 31, Le Figaro reported. Two unidentified men hurled firebombs at the bus, destroying it beyond repair.

The regional bus operator that handles advertising and employs some drivers said it would not remove the Borat ads. But some companies that provide services to the central operator said they would take the ad down.

“A technical error has occurred. This billboard should never have appeared on our buses,” a spokesperson for one operator serving areas south of Paris told the Actu news site. “It was deemed incompatible with the image that we want for our network, which serves multiple ethnic neighborhoods.”

While Cohen is Jewish, the Borat character is from Kazakhstan, a Muslim-majority country.