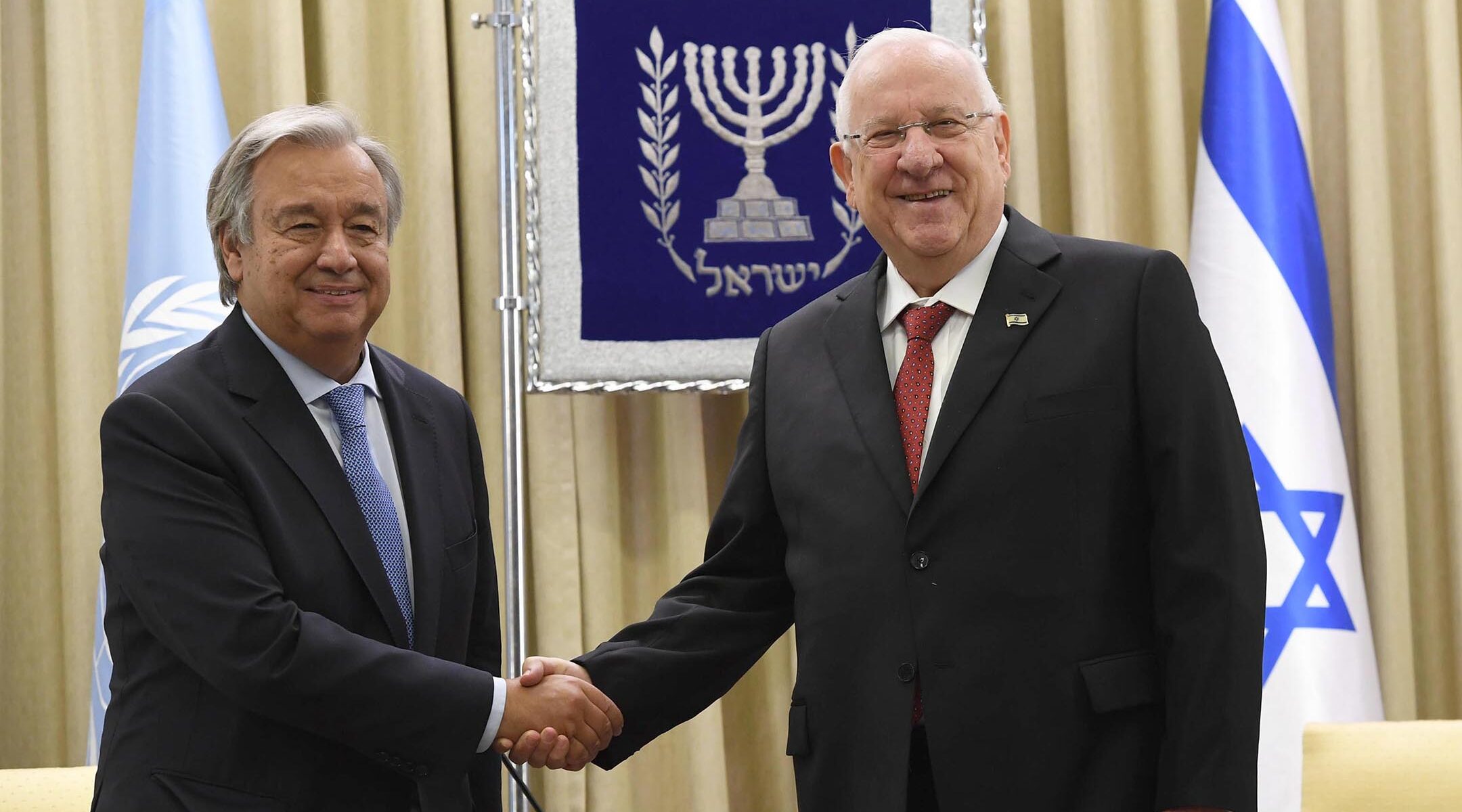 (JTA) — Since taking over as secretary-general of the United Nations nearly four years ago, Antonio Guterres has taken action and spoken  against the widely seen anti-Israel bias in the world body.

On Monday, the World Jewish Congress honored Guterres for those efforts.

At a virtual gala, WJC President Ronald Lauder said Guterres will receive the Theodor Herzl Award this year for his work to change the “bizarre fixation on the Jewish state” at the U.N.

One of those moves came three months after Guterres succeeded Ban Ki-moon as secretary-general. In March 2017, Guterres ordered the withdrawal of a report from a website of the world body that accused Israel of apartheid in March 2017.

The same year, during a speech for International Holocaust Remembrance Day, Guterres referenced the Jewish people’s historic ties to Jerusalem – an issue whose erasure or downplaying in U.N. documents and resolutions prompts criticism from Jews, Israelis and their allies.

In 2017, the Portuguese-born Guterres said that “a modern form of anti-Semitism is the denial of the right of the State of Israel to exist” and that Israel “needs to be treated as any other state, with the same rules.”

Lauder in a statement about the virtual award called Guterres a “true and devoted friend of the Jewish people and of the State of Israel.” Anti-Israel bias at the U.N. is not only dangerous to that country but has “demeaned” the organization, he added.

Guterres did not reference U.N. bias on Israel during his speech on receiving the WJC award, which he called a “high honor.”

He said that for him, “the fight against anti-Semitism is deeply personal,” and added, “One of the darkest chapters of Portugal’s history was the discrimination and persecution of the Jews during the Middle Ages.”