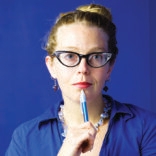 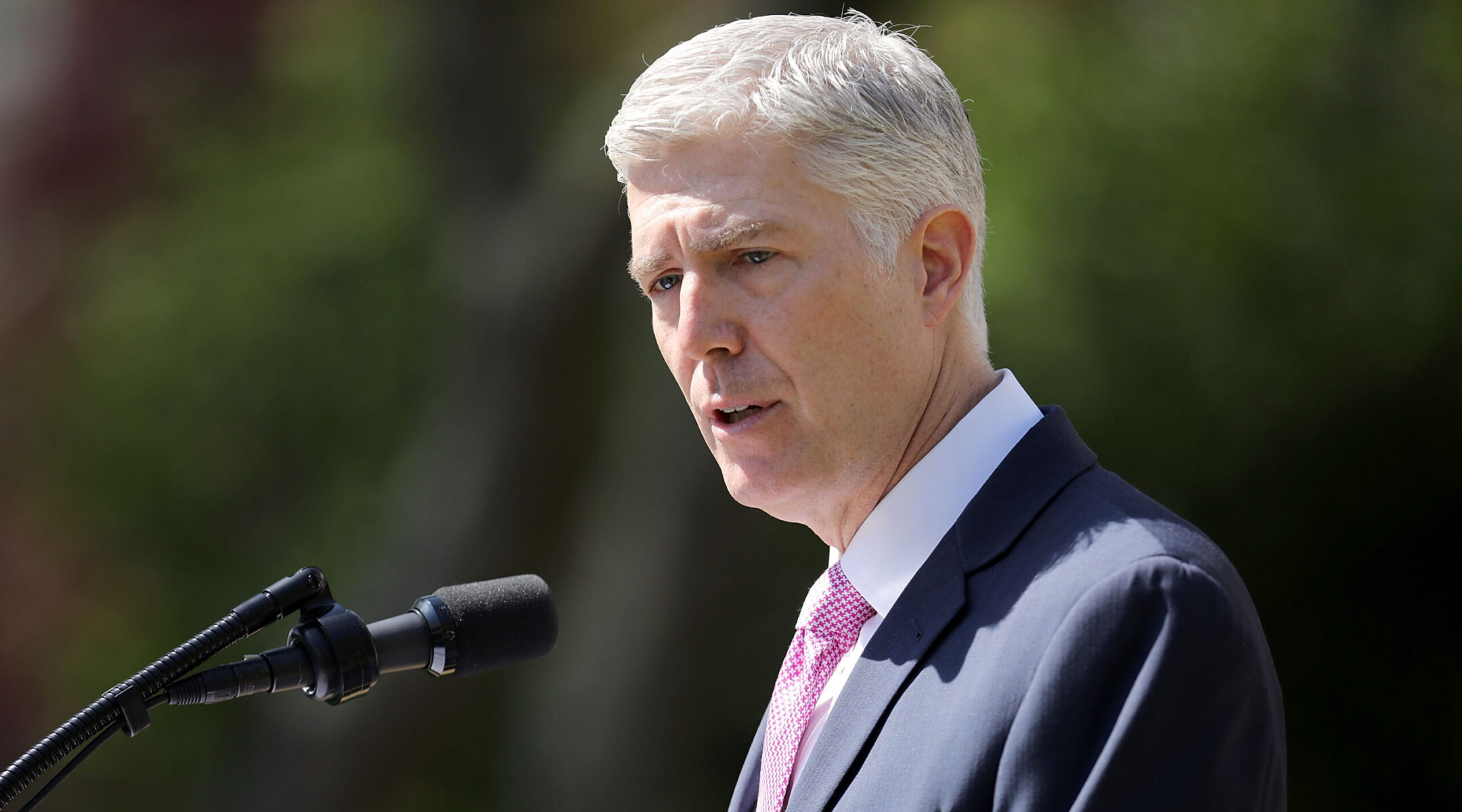 (JTA) — Just before Thanksgiving, a 5-4 majority of the U.S. Supreme Court forbade the state of New York from enforcing 10- or 25-person occupancy limits on religious organizations in places where COVID-19 cases are at their highest. In the case of Roman Catholic Diocese of Brooklyn v. Cuomo, the court agreed with the plaintiffs (including Agudath Israel of America, Agudath Israel of Kew Garden Hills and Agudath Israel of Madison, as well as Rabbi Yisroel Reisman and Steven Saphirstein) that the state was treating religious organizations harsher than “comparable secular facilities.” These restrictions, the unsigned majority opinion said, “strike at the very heart of the First Amendment’s guarantee of religious liberty.”

The ruling raised eyebrows in the legal community because it was an abrupt reversal for the  high court, which issued two decisions earlier this year that let similar restrictions stand. But some in the Jewish community also focused on an offhand line in a concurrence by Justice Neil Gorsuch: “In “red zones,” houses of worship are all but closed — limited to a maximum of 10 people. In the Orthodox Jewish community that limit might operate to exclude all women, considering 10 men are necessary to establish a minyan, or a quorum.”

As a Jewish woman myself and a legal journalist, I find this hard to take seriously. It’s not the government’s pandemic restrictions that are holding back Jewish women but the pandemic itself. Rather than supporting Jewish women, Gorsuch’s decision is likely to harm our religious liberty.

I’ll start with the obvious reason: It’s bad for everybody, including Orthodox women, if the virus continues to spread. It’s undisputed among public health authorities that the kind of singing and chanting that’s typical in prayer services can negate any adherence to physical distance requirements. More cases mean more overwhelmed hospitals, more deaths far from loved ones, more COVID long-haulers. They also mean a longer time until virus levels are down enough to allow us to safely resume normal life.

Just as significant, legal rulings set precedents, and the precedent this one sets is likely to be used in ways that are bad for the Jews.

For starters, this ruling takes a more expansive view of religious liberty than previously by the court. That includes the two cases in which the court allowed state virus restrictions to stand. Those decisions followed cases that had given state governments broad public health powers as long as they don’t violate the Constitution. That includes 1905’s Jacobson v. Massachusetts, the leading precedent allowing states to compel vaccination, which you’re likely to hear about again in 2021.

This case, by contrast, privileges religion over public health — even though, as Justice Sonia Sotomayor points out in her dissent, New York singled out religion only to provide its adherents more favorable treatment than similar secular gatherings, like indoor concerts. Gorsuch argues that religious services are disfavored compared to “essential businesses” like a bicycle shop or liquor store, but I’ve never been to a liquor store that lets customers hang around for several hours singing and drinking free coffee. Shuls, even with the shorter services, distancing and mask requirements many have now adopted, are just not the same as a quick errand to a retail store.

“Religious liberty” sounds like it’s good for the Jews. But whose religion is enjoying the liberty? American history abounds with examples of the government treating Christianity more favorably than other religions. That includes the Supreme Court, which ruled in 1990’s Employment Division v. Smith that someone who took peyote as part of an indigenous religious ritual was not entitled to an exemption from drug laws. This was perceived at the time as such an assault on religion that Congress responded by passing the Religious Freedom Restoration Act, which says that government may only burden the free exercise of religion when the law is generally applied and is the least restrictive means of furthering a compelling government interest.

In a nation that is roughly 2% Jewish and 65% Christian, I would be a fool to think an expansive approach to religious liberty will work out well for the Jews. Each lawsuit over a publicly sponsored nativity scene or a public school’s prayers to Jesus will provide an opportunity for the court to rule on “religious liberty” in a way that could harm Jews. And this is only furthered with the addition of Justice Amy Coney Barrett, a devout Christian who’s expected to champion the political right’s view of religious freedom.

In addition, the fact that two Orthodox Jewish organizations helped take this case to the Supreme Court could be bad public relations for the Jewish people — because it could look as if Jews don’t care whether people die as long as we get to have in-person services. Inside of the Jewish community, we know there is a spectrum of opinions among Jews (and within Orthodoxy). But to Americans on the outside, it may not be clear that the Orthodox plaintiffs in this case don’t speak for all Jews. At a time when anti-Semitism is on the rise, this can’t be helpful.

It’s also opposed to Jewish values, which put preserving human life front and center. Pikuach nefesh (“saving a life”) is so important that we are permitted to break almost any other rule in order to achieve it. It’s the reason the rabbis at my shul refuse to have in-person services, even though they are pained by separation from the community. It’s why thousands of bar and bat mitzvah kids nationwide have been robbed of their big moments. Judaism says we should sacrifice rituals to guard life, not sacrifice lives to guard ritual.

The problem Gorsuch discusses in his concurrence — that women wouldn’t be admitted to a 10-person shul because they don’t count toward a minyan in Orthodox Judaism — reveals a challenge inherent to  Orthodox Judaism, not a problem with government restrictions. As a Conservative Jew and a feminist, I have to admit that I dislike the Orthodox approach to gender roles, including the unwillingness to count women toward a minyan. But it’s not my place — or Justice Gorsuch’s — to paint Orthodox women as victims or second-guess their choices.

Gorsuch’s sentence makes Orthodox women a poster child for his First Amendment agenda, but will he remember the negative impact of gender roles when it’s time to vote on access to child care, or contraception or equal pay? His record doesn’t make me confident.

And that’s what really bothered me about Gorsuch’s concurrence. It pays lip service to the needs of Orthodox women, but within a ruling that doesn’t truly serve them — or any other member of the Jewish community.

Lorelei Laird
is a freelance legal writer in Los Angeles. Find her at wordofthelaird.com.
The views and opinions expressed in this article are those of the author and do not necessarily reflect the views of JTA or its parent company, 70 Faces Media.