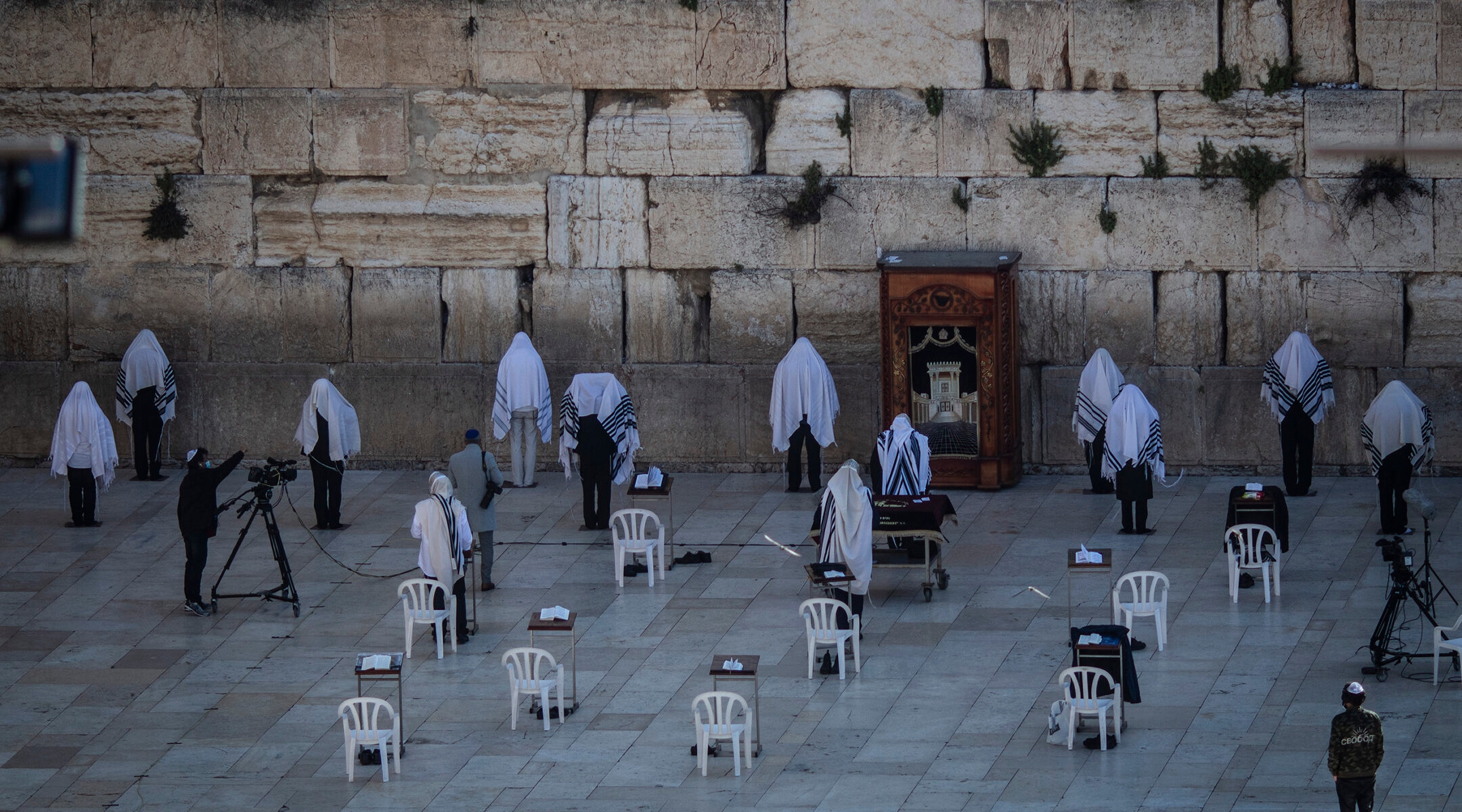 (JTA) — For the Jewish community, 2020 has been historic, turbulent and revelatory. The year began with 25,000 people, Jews and non-Jews, marching across the Brooklyn Bridge to take a stand against anti-Semitism, and it seemed this could be a year of growing awareness of the fight against Jew hatred — a year of possibility during which America’s political landscape could change.

Then COVID-19 hit and the community moved indoors. By April, most colleges and synagogues were closed. By June, Zoom had become a staple for most Jewish households. By September, some rabbis were doing High Holiday Services on Zoom, while others were praying alone in their homes.

In spite of everything, Jewish life continued. Here’s what the year looked like in photos. 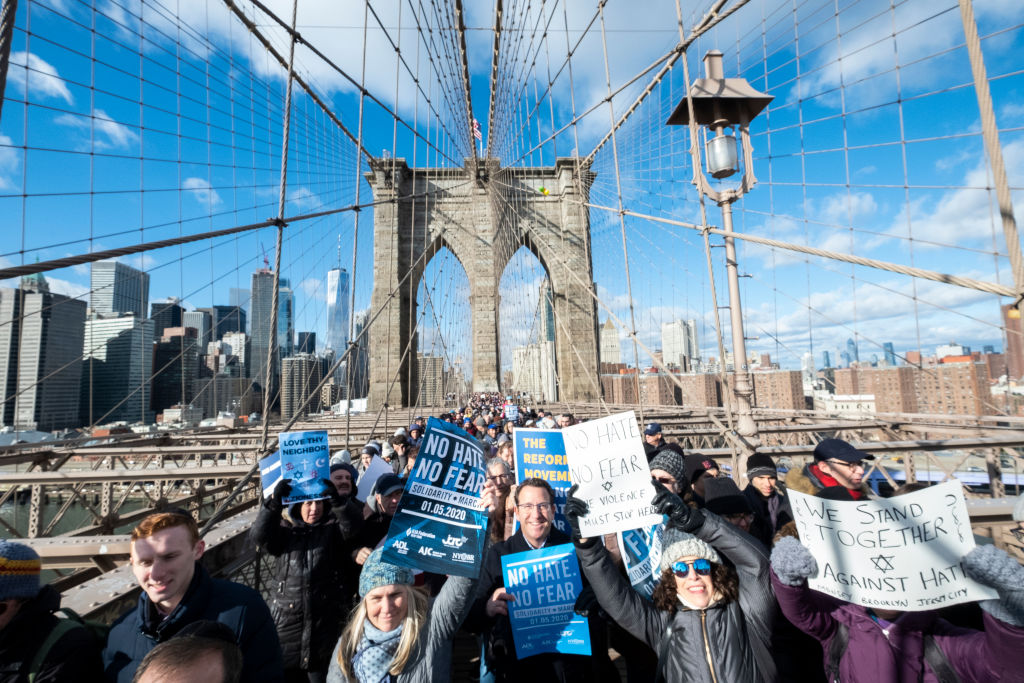 Before the COVID-19 pandemic prompted citywide shutdowns, some 25,000 people marched across the Brooklyn Bridge to protest rising anti-Semitism in and around New York City. It was a historic march that symbolically started in Lower Manhattan and crossed the bridge. 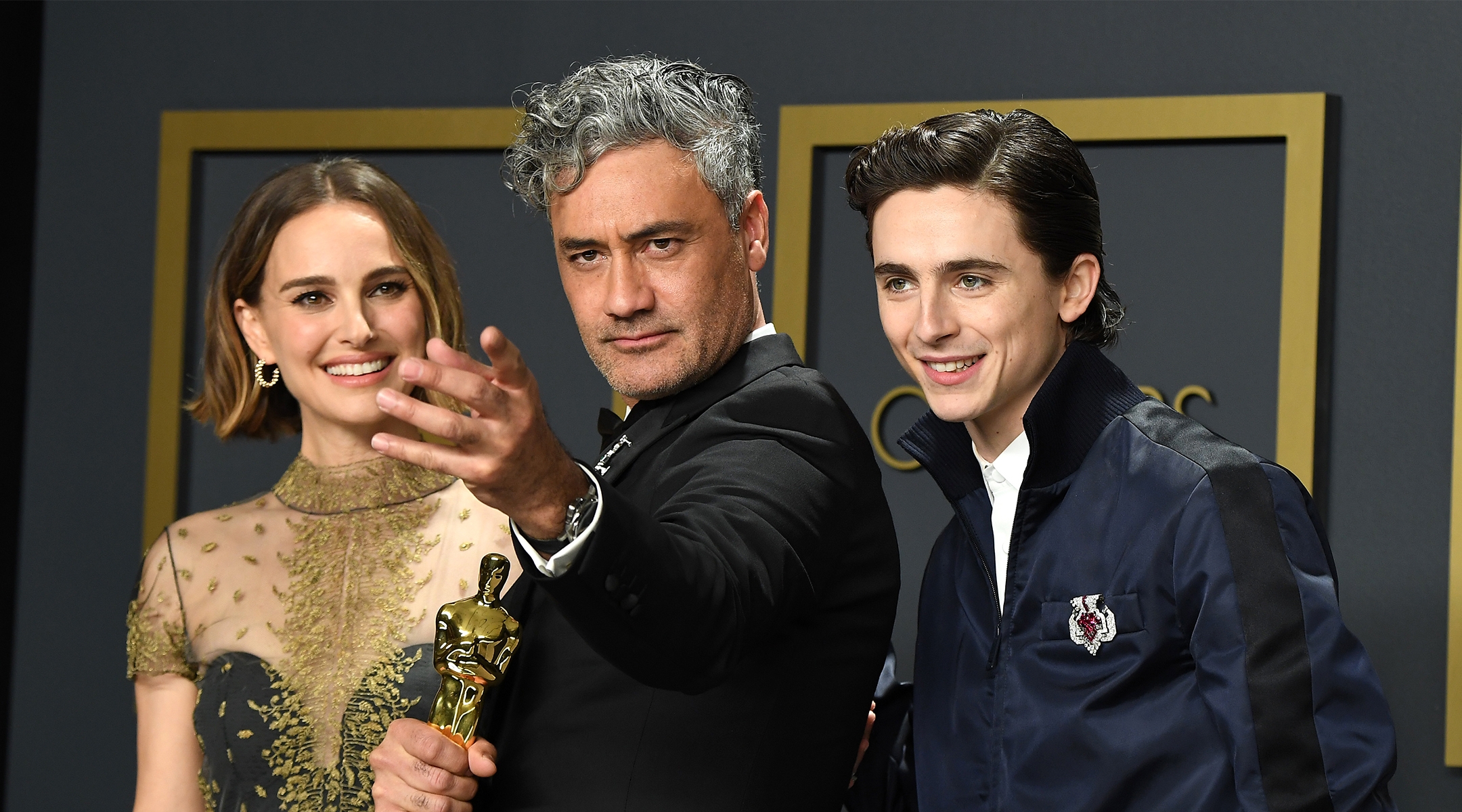 At the Oscars, one of the last big events before social gatherings became verboten, Maori Jewish director Taika Waititi won best adapted screenplay for “Jojo Rabbit,” his film about a boy growing up in Nazi Germany with Hitler as his imaginary best friend. Jewish actors Natalie Portman and Timothée Chalamet presented Waititi with the award. 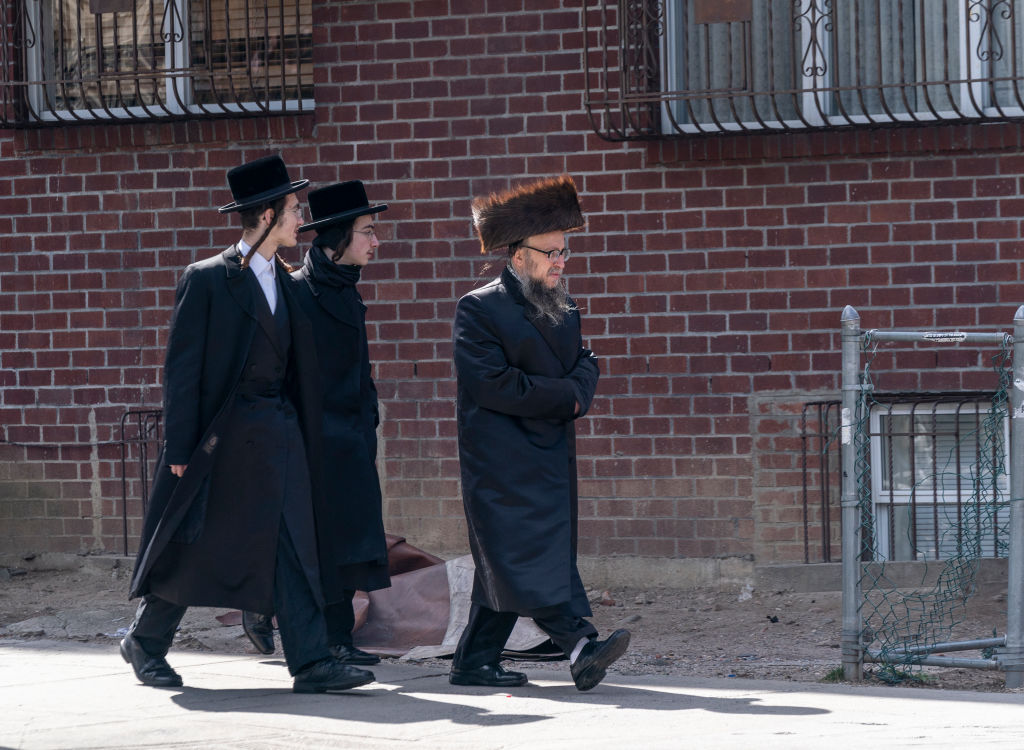 As the number of COVID-19 cases rose, some members of the haredi Orthodox community flouted social distancing rules, walking on the streets of Williamsburg without masks. The ensuing criticism caused some friction between the Hasidic communities and Mayor Bill de Blasio. Pictured above are two Satmar Jewish men walking in the Brooklyn neighborhood on March 21. 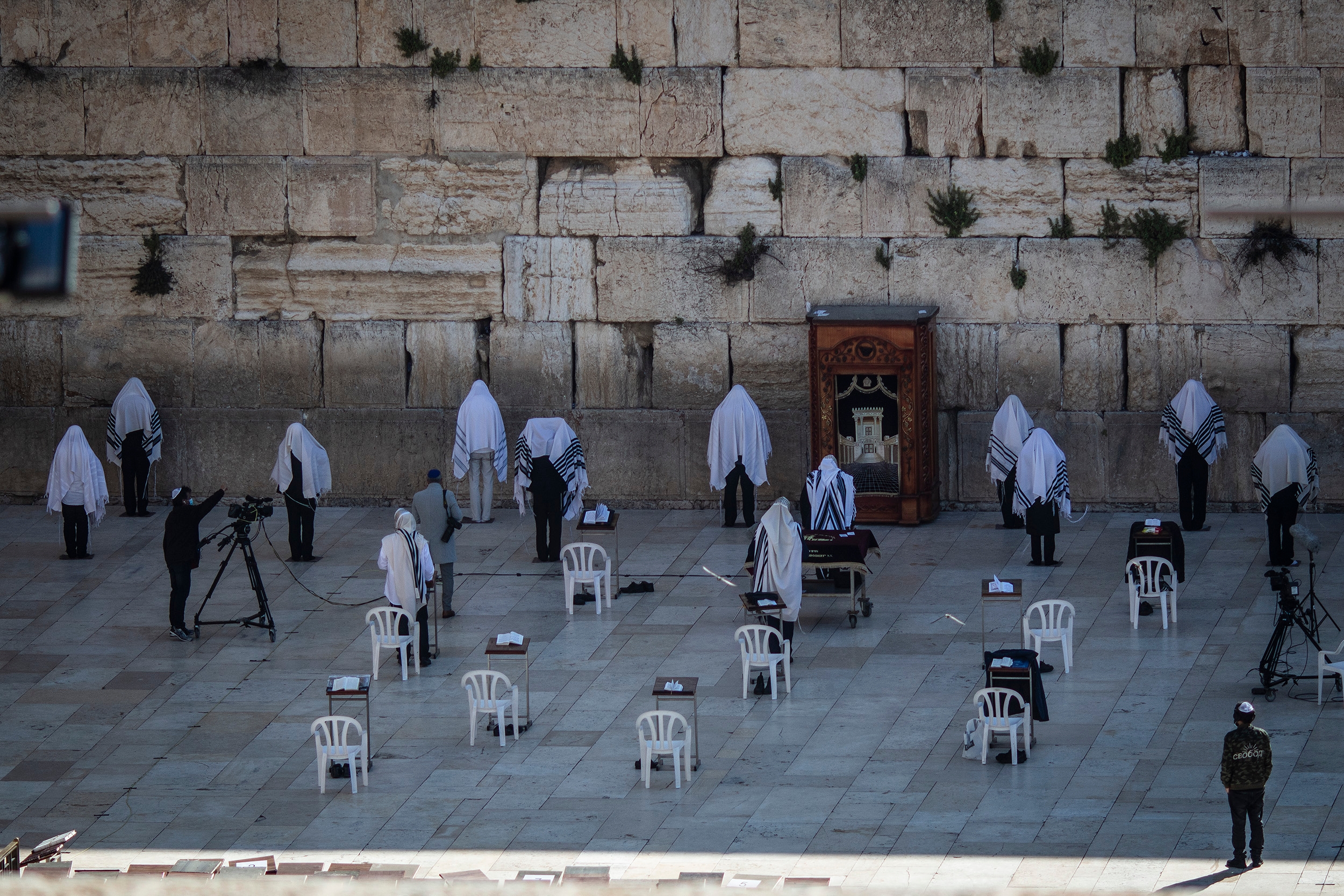 In April, Jews around the world planned for a Passover they never expected. The holiday saw a new range of small, virtual and solo Seders, and in Israel, socially distanced Passover prayer at the Western Wall. 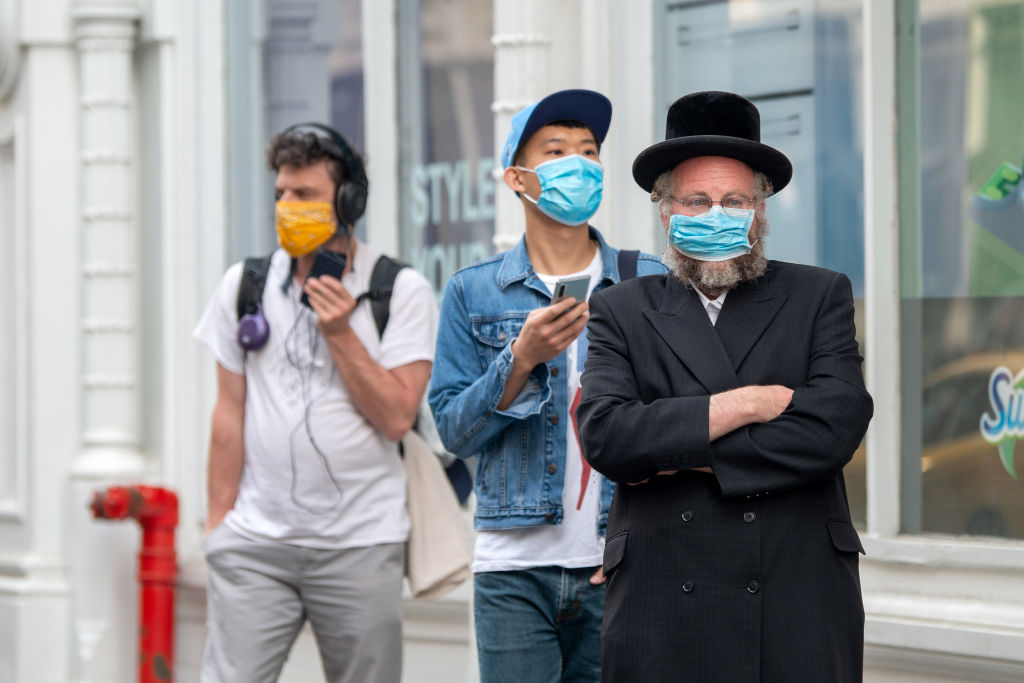 By May, parts of New York and other cities had begun to reopen. Jewish life resumed, with people in masks going outside, attending synagogue and even going to small, socially distanced gatherings. Here, New Yorkers wait in a line on May 18. In June, a wave of protests over the death of George Floyd swept across America, and many Jews joined the millions protesting racial injustice. “We understand the urgency of the moment and stand against police brutality and white supremacy, and silence is not OK right now,” said Rachel Sumekh, pictured above, who marched on June 3. 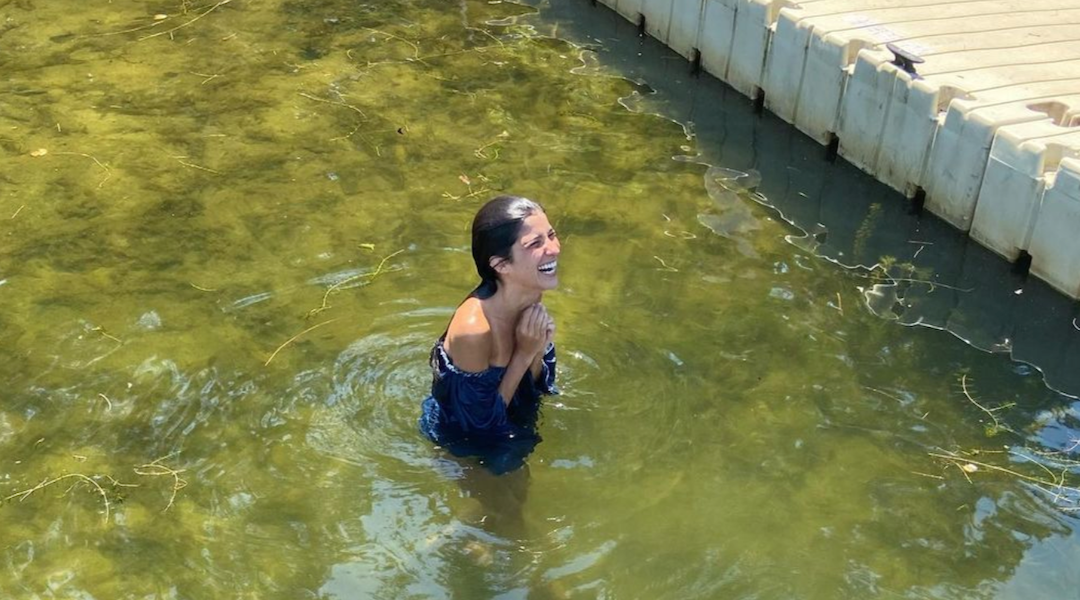 Alexa Rae Ibarra is all smiles after finishing her conversion. (Courtesy of Ibarra)

As COVID-19 began to spread, those who planned to complete their conversion to Judaism with a ceremonial dunk in the mikvah realized doing so indoors would be impossible. So Alexa Rae Ibarra, a 29-year-old yoga instructor, traveled to Camp Ramah in the Berkshires to finish her conversion. 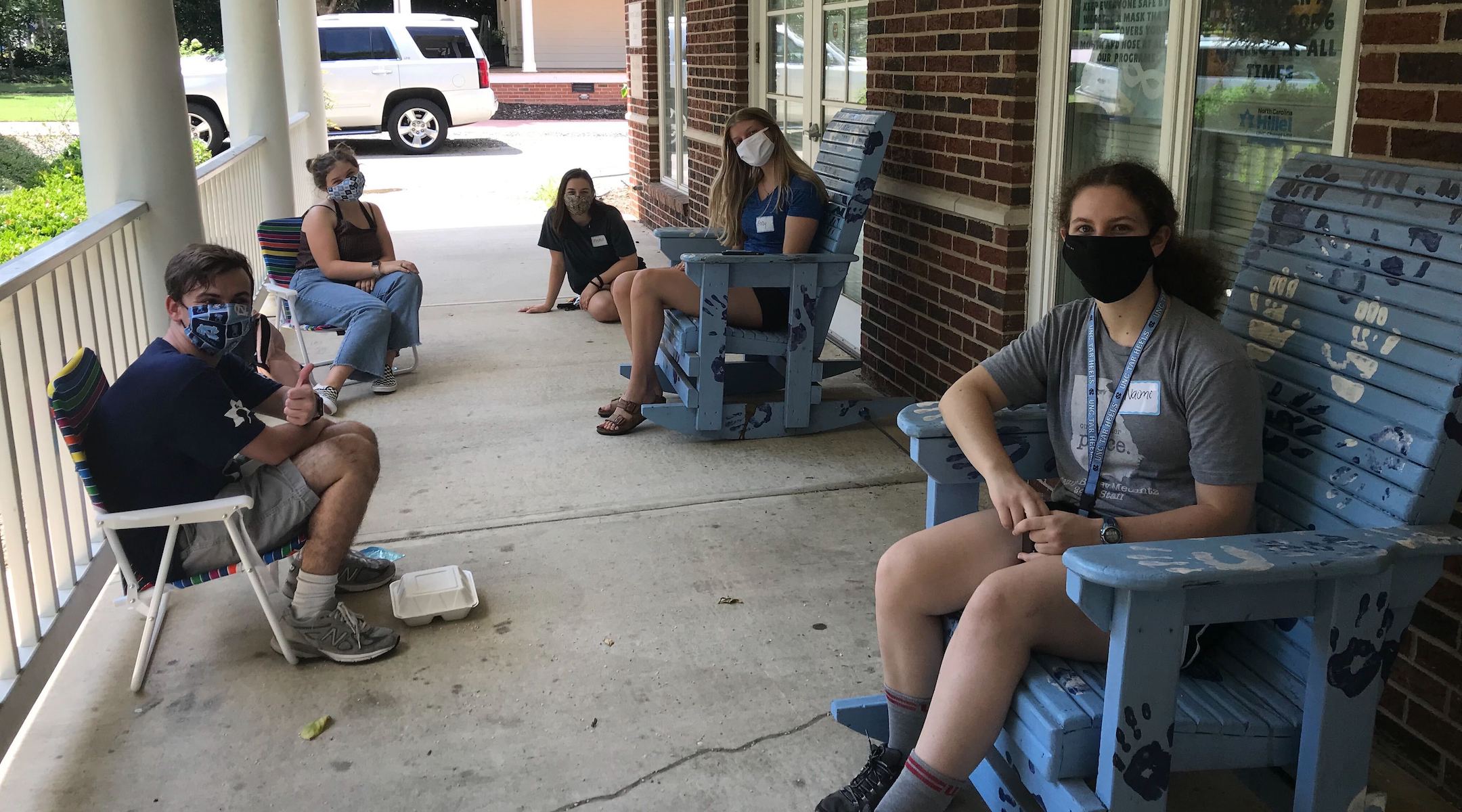 By August, many colleges and universities had gone completely virtual, taking Jewish campus life with it. “It’s definitely not the same because we’re not having one-on-one and smaller conversations,” student Abigail Adams said. Pictured above is the last in-person Hillel event at the University of North Carolina-Chapel Hill before the school went all virtual. As the weather cooled, it became clear the pandemic would upend traditional holiday services, leaving rabbis to find other, virtual ways to connect with their congregants. Some rabbis, like Rabbi Aaron Potek, even took to TikTok for their daily shofar-blowing. 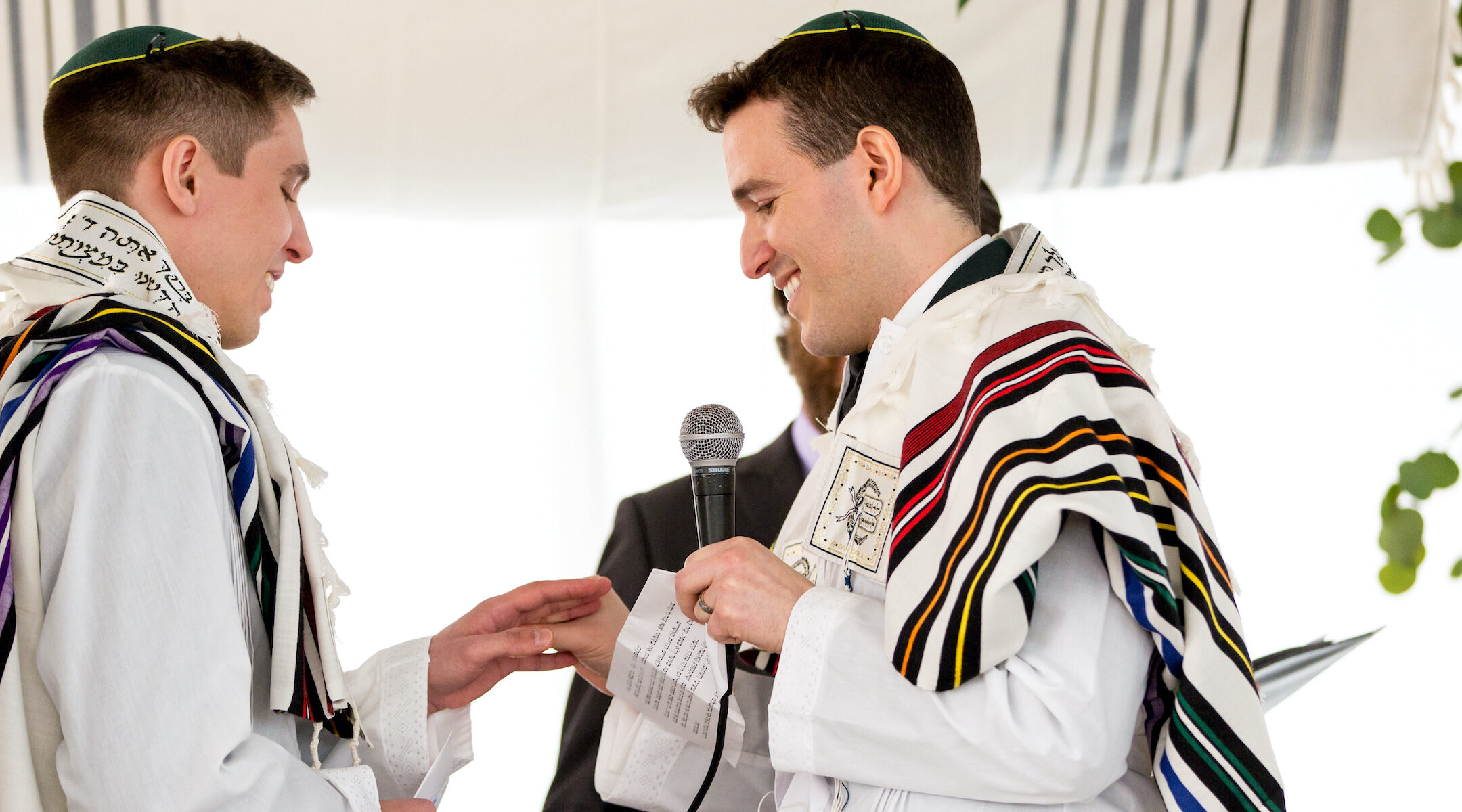 In 2020, more Orthodox rabbis began officiating same-sex weddings, signaling a growing acceptance of LGBTQ Jews, as well as a sea change in Orthodoxy. “Clearly some in the Orthodox community are ready for this,” said Jeremy Borison, who married his husband in 2020. 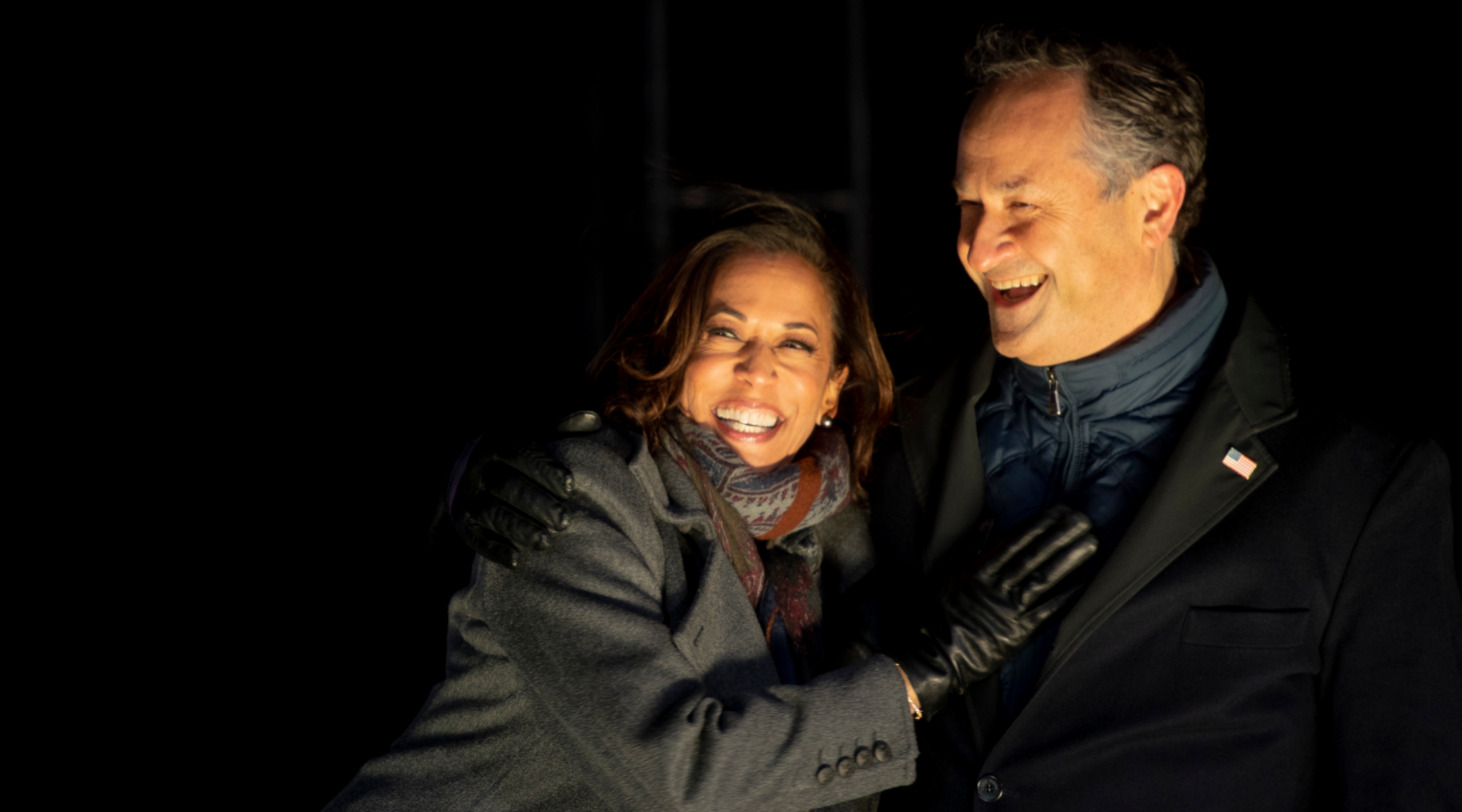 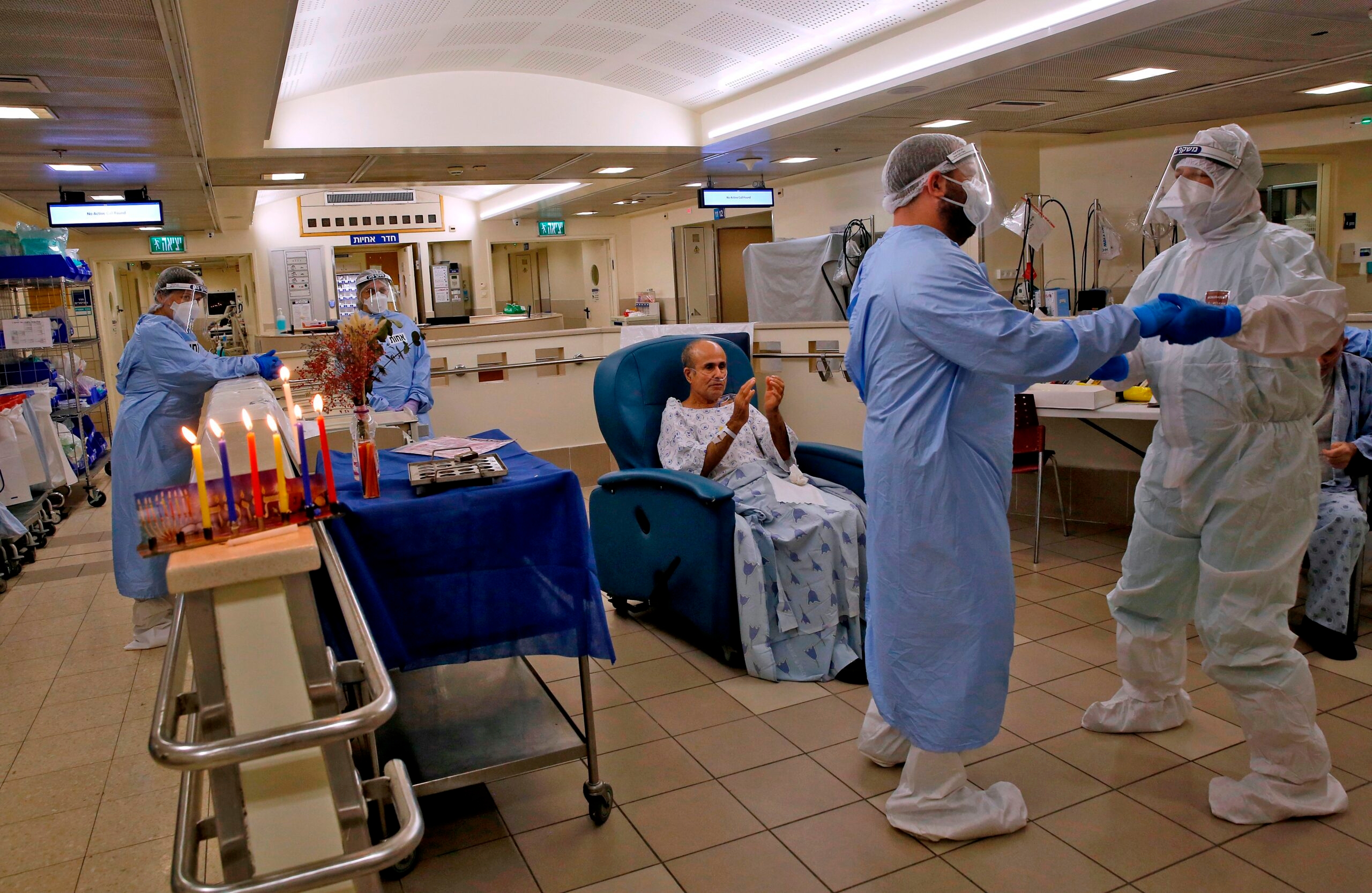 For Hanukkah, people celebrated by lighting menorahs in hospital wards, on Zoom and outdoors in places as varied as Dubai, Australia and Casablanca. In Tel Aviv, at the Ichilov Hospital’s COVID-19 isolation ward, medical staffers lit Hanukkah candles.