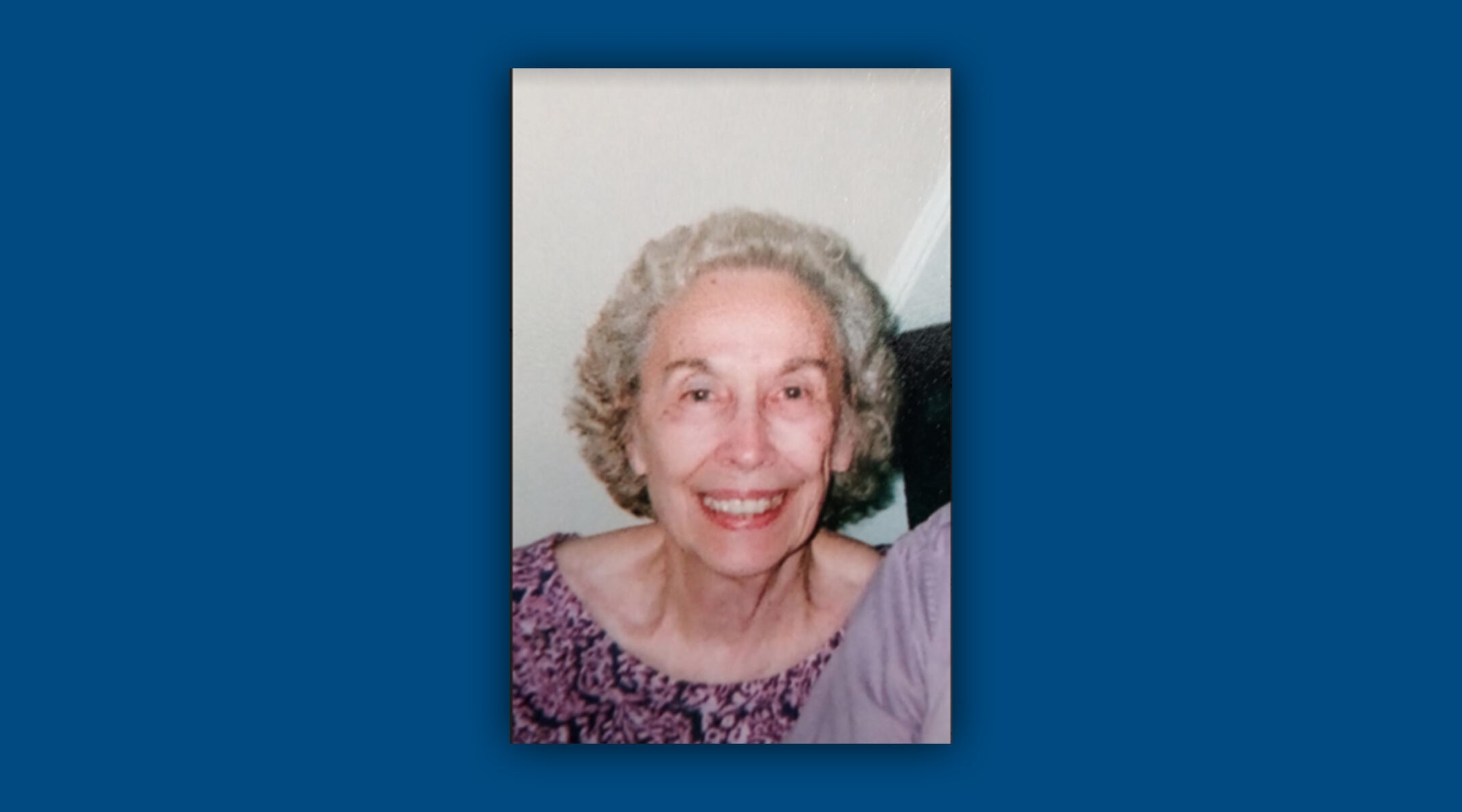 Sally Hoberman was a dedicated mother known throughout her neighborhood for her warmth and generosity. (Eileen Roseman)
Advertisement

(Jewish Exponent via JTA) — Sally Hoberman grew up speaking Yiddish with her grandparents, who emigrated from the Pale of Settlement, and remained fluent throughout her life.

She was raised by her father and grandparents in West Philadelphia after her mother died when she was young. She graduated from Overbrook High School in 1947 and worked as a secretary for Milton Shapp, who would go on to become Pennsylvania’s governor, before she became a mother. She married Leonard Hoberman and had three children. The couple would have celebrated their 70th wedding anniversary on Jan 7.

Her daughter Eileen Roseman said she was a dedicated mother known throughout her neighborhood for her warmth and generosity. Hoberman enjoyed helping her grandchildren with schoolwork and playing games with them.

“Since she passed away, we’ve had people who grew up in the neighborhood talking about how they always felt welcome coming to our home,” she said.

She was diagnosed with dementia at age 89 and moved to Artis Senior Living of Huntingdon Valley.

“We would just laugh at the silliest things, and then we would get it under control and I would look at her and she would look at me and we just start laughing all over again,” she said.