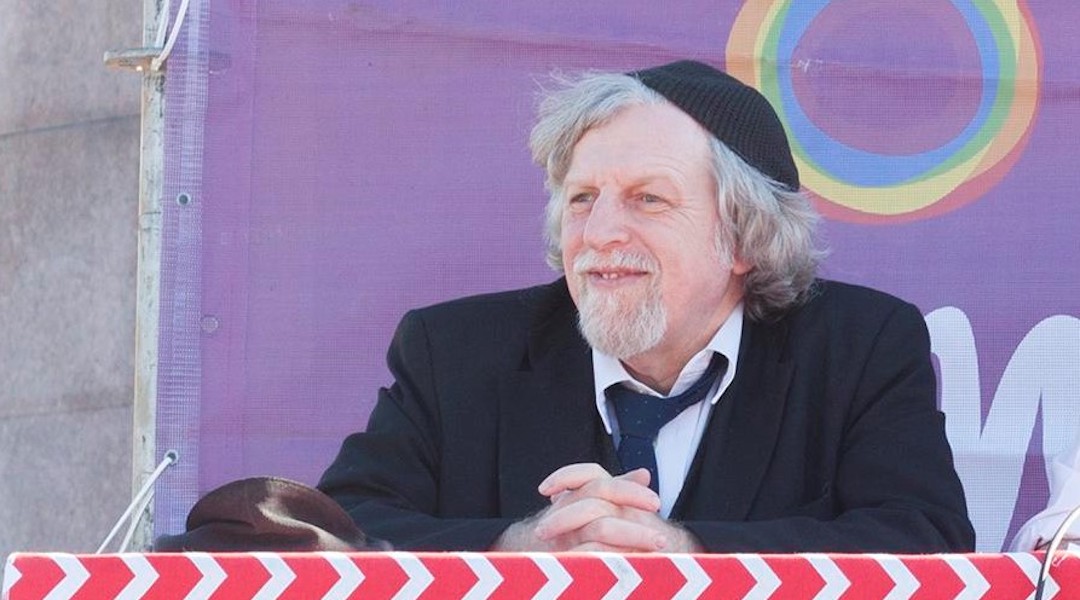 Rabbi Baruj Plavnick was remembered as "a pioneer and one of our best leaders ever.” (LimmudBA)
Advertisement

BUENOS AIRES, Argentina (JTA) — Bernardo Javier “Baruj” Plavnick, 69, the Argentine rabbi who opened his Buenos Aires synagogue for use as a vaccination center, died of COVID-19 on May 20.

Pardes, the community founded by Plavnick in 1992, announced in February that it was establishing a vaccination center inside the synagogue. Some 14,000 people had been vaccinated there as of June 30, including some who were entering a synagogue for the first time.

“The city government was looking for places for vaccination posts,” Plavnick told the media on opening day. “We understand that synagogues should serve not only for conventional prayer but for action, so we offered our place.”

Plavnick was ordained in 1979, only the 10th graduate of the Latin American Rabbinical Seminary. Three years later he was part of an unprecedented event: Plavnick and four colleagues became the first rabbis to serve as Argentine army chaplains, serving some 200 Jewish soldiers about to deploy in the 1982 Falklands War.

“His social commitment is demonstrated in a single fact: He opened his synagogue as a vaccination center and, having the possibility of getting vaccinated, he did not,” Ariel Stofenmacher, the rector of the rabbinical seminary, told the Jewish Telegraphic Agency. “He was a pioneer and one of our best leaders ever.”

Pardes sources said that Plavnick declined opportunities to get the COVID vaccine ahead of schedule. At the time the synagogue began offering vaccinations, only those aged 70 or older were eligible; Plavnick was then 69. Plavnick spent a month in the Finochietto Hospital in Buenos Aires battling the disease before succumbing.

A similar situation befell the Jewish socialist politician Miguel Lifschitz, who also reportedly declined an early vaccine and died of COVID-19 on May 9.

“From the beginning of the vaccination campaign, and with immense social commitment, [Plavnick] offered his institution as a health post open to the whole of society,” Pamela Malewicz, Buenos Aires’s undersecretary for human rights, told JTA. “It is certainly a huge loss, not only for the Jewish community but for the whole of society.”

In 2010, he was honored by the Argentine Foreign Ministry for his human rights work. And in 2011, he received an honorary doctorate from the Jewish Theological Seminary in New York.

“His absence will be painful, but his legacy is so huge that it will be impossible to forget,” Stofenmacher said.

Plavnick is survived by his wife, Perla “Peli” Kiel, and daughters Maia, Mijal and Yael.