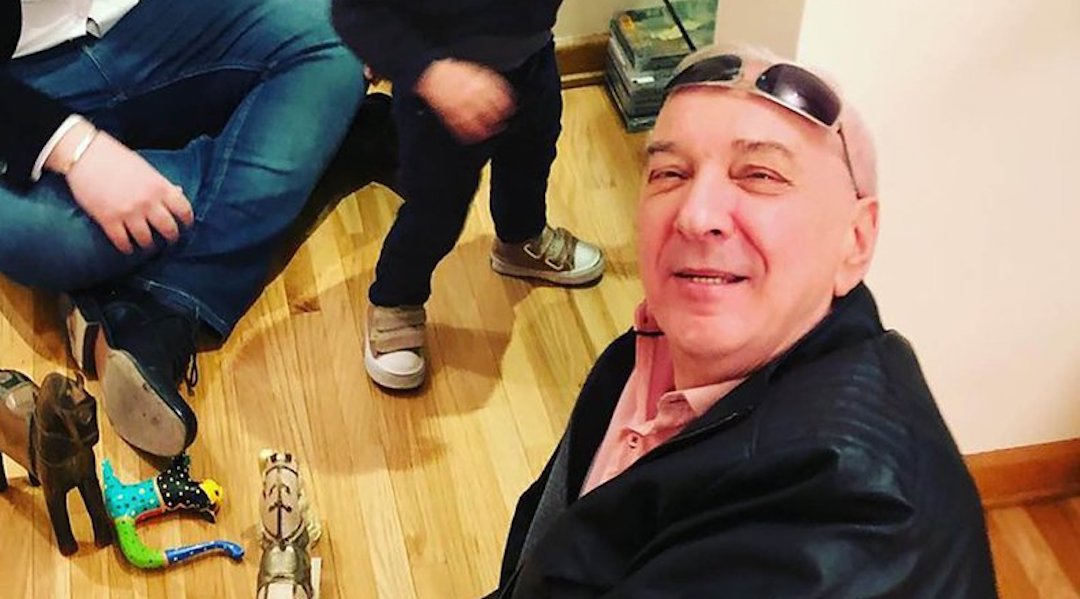 Mauro Viale mentioned his Jewish identity publicly on several occasions over the course of a 40-year career as one of the most popular journalists in Argentina. (Courtesy photo)
Advertisement

BUENOS AIRES, Argentina (JTA) — Early in his journalism career, Mauricio Goldfarb changed his name to Mauro Viale, a shift many understood as an indication of the difficulty of achieving professional success in Argentina for someone with such an obviously Jewish name. Mauro was his nickname among school friends; Viale was a street near his house.

But an old friend claimed recently that the shift had nothing to do with hiding Viale’s Jewish identity, which he mentioned publicly on several occasions over the course of a 40-year career as one of the most popular journalists in Argentina. Viale was a sportscaster, radio news presenter and television talk show host. His death on April 11 of COVID-19 at the age of 73 was national news. Even the country’s president, Alberto Fernandez, issued a statement.

“Mauro Viale was a man who practiced journalism with his own imprint,” Fernandez wrote on Twitter. “Personally, I am losing someone for whom I felt a deep affection and for whom I always recognized the gift of respecting pluralism.”

Viale graduated from journalism school in 1969. Early in his career, he worked as a press attache for the Israeli Embassy here. Later he worked as a sports announcer, news anchor and host of his own live shows at the state-owned radio and television channels.

Viale attended the Jewish Bet Am school in Buenos Aires. On several occasions during his career he expressed his identification with Israel and urged his countrymen not to forget the two terrorist attacks that targeted Jewish sites in Argentina — the Israeli Embassy bombing in 1992 and the AMIA Jewish center bombing in 1994.

The day after the AMIA attack, Viale was interviewing Ruben Beraja, then the head of the Jewish umbrella group DAIA, on his live show when the president called to tell him that a Lebanese group had just claimed responsibility.

“I wanted to let you know because Ruben is there on the floor as well, so he will be the first to know that,” then-President Carlos Menem said.

Viale regularly interviewed the legendary Argentine soccer star Diego Maradona, with whom he shared a close friendship. And he famously got into a physical fight on live television with Alberto Samid, a businessman convicted of tax evasion who called Viale a “f***ing Jew” on the air. The fight became the stuff of legend, spawning video spoofs and memorabilia, including mugs, pins, earrings and T-shirts.

Though Viale was vaccinated with Chinese Sinopharm COVID vaccine on April 8, he was admitted to the hospital two days later. He died on April 11 and was buried the next day at the main Jewish cemetery in Buenos Aires. He is survived by his wife of 50 years, Leonor Schwadron, and two children, Ivana and Jonatan.

“We are honoring Mauricio Goldfarb, whose Hebrew name was Moses,” Rabbi Eliahu Hamra said at the funeral. “The strength of Moses, our prophet, lay in his words, through which God saved the people of Israel from the slavery of Egypt. Similarly, Mauricio also had the power of the word in the performance of his journalistic duties, always using it to defend his people and the State of Israel with courage and without fear.”