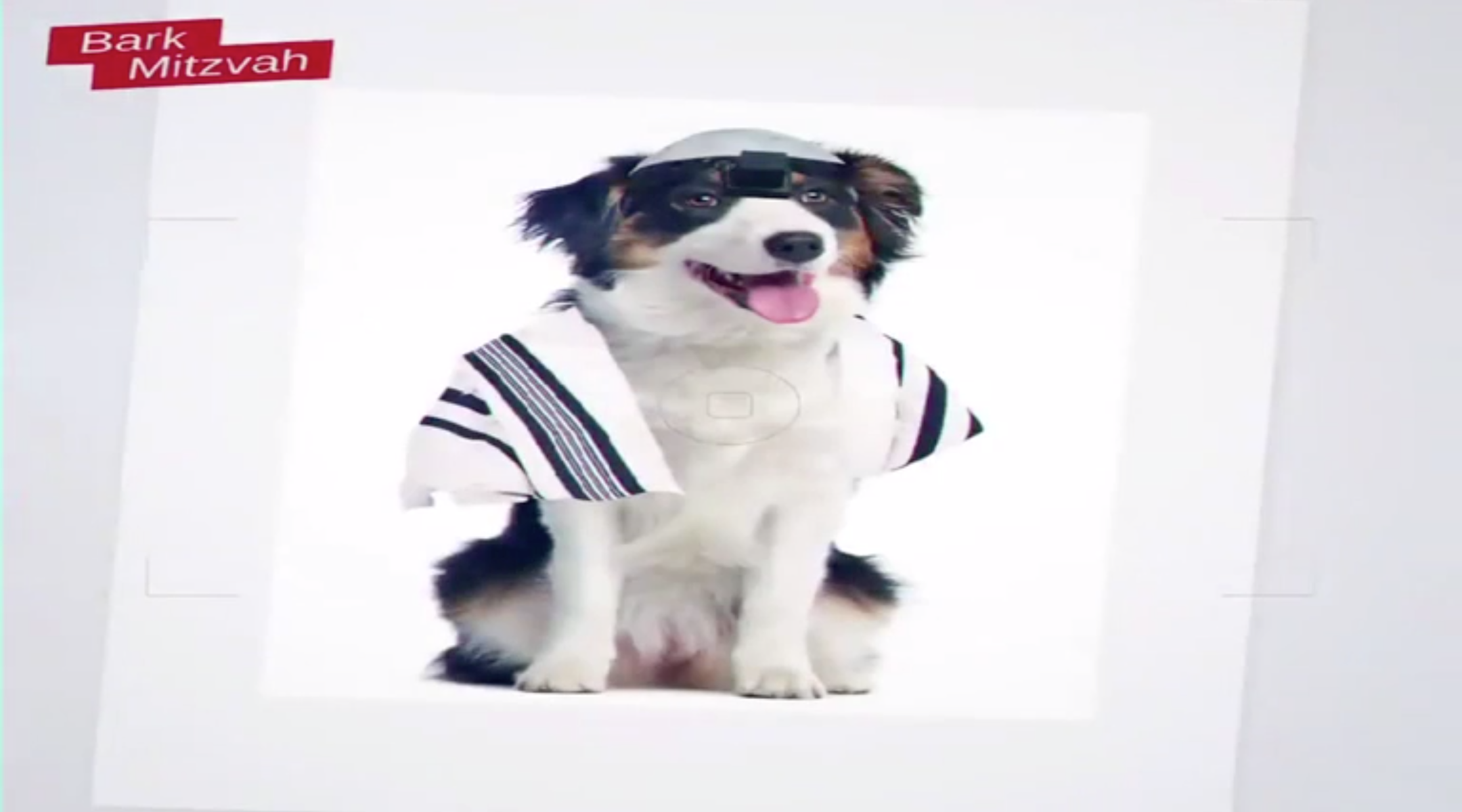 A frame from a United Torah Judaism ad that appeared to compare Reform Jewish converts to dogs. (Screenshot)
Advertisement

One video featured pictures of dogs in kippahs with a voiceover saying “This is a Jew, and this is also a Jew. And this one? Obviously. His grandmother was a rabbi.”

Another ad featured a picture apparently of African asylum seekers in Israel with the caption “Jews certified by the Supreme Court. Danger! Thousands of infiltrators and foreign workers will become Jewish through Reform conversion.”

Both ads were taking aim at a recent Israeli Supreme Court decision that requires Israel to grant citizenship to those in the country who convert to Judaism under non-Orthodox auspices.

The dog ad, by the United Torah Judaism party, implied that the Reform movement’s standards are so lax that it would convert dogs to Judaism, while also denigrating women rabbis. Facebook removed it from the platform.

The other ad, by the Sephardi Orthodox Shas party, sought to play off of Israeli bigotry toward African asylum seekers.

Reacting to the Supreme Court decision, one Shas lawmaker, Moshe Aboutboul, said “Blessed is the true judge,” the blessing Jews traditionally recite when hearing of a death.

“They’re trying, essentially, to kill the Jewish people,” Aboutboul told the Israeli news site Ynet. He said the ruling would benefit “every clown in America who calls himself Reform or a Reform rabbi.”

Attacks on Reform Jews by haredi, or ultra-Orthodox, Israeli politicians are nothing new. A top priority of haredi politicians in recent decades has been to preserve the monopoly of Orthodox rabbis over official religious ceremonies in Israel and prevent the government from recognizing the liberal Jewish denominations — Reform and Conservative — that represent most American Jews.

Haredi leaders do not view the Reform movement as an authentic form of Judaism and do not recognize Reform rabbis. They say that tolerating intermarriage, which the Reform movement condones, will lead to the destruction of the Jewish people. So for years, haredi politicians and activists have sought to energize their base by demonizing Reform Jews, whom they see not as fellow Jews but as a danger to Jewish survival.

“The ultra-Orthodox really do need an enemy, and they have made us the enemy for no good reason,” said Anat Hoffman, executive director of the Israel Religious Action Center, a Reform organization. “Every chip in the monopoly, they make a really big deal out of it.”

To take just a few examples, haredi officials and their allies have accused Reform Judaism or its adherents of “champion[ing] the destruction of Judaism,” being a “fake religion,” seeking “to uproot Jewish law,” waging a “war against the religion,” and being “a group of clowns who stab the holy Torah.”

Denigration of Reform Judaism has become so pervasive among some haredi Israelis that in 2018, an Orthodox woman brought a defamation suit against a rabbi for calling her “Reform.”

Recently, those attacks have escalated. In addition to opposing the Supreme Court decision, haredi leaders have been on the defensive for months following mass violations of coronavirus restrictions at haredi funerals and in haredi cities. Conflicts over those violations have led at times to attacks on police officers and, in one case, the torching of a bus. 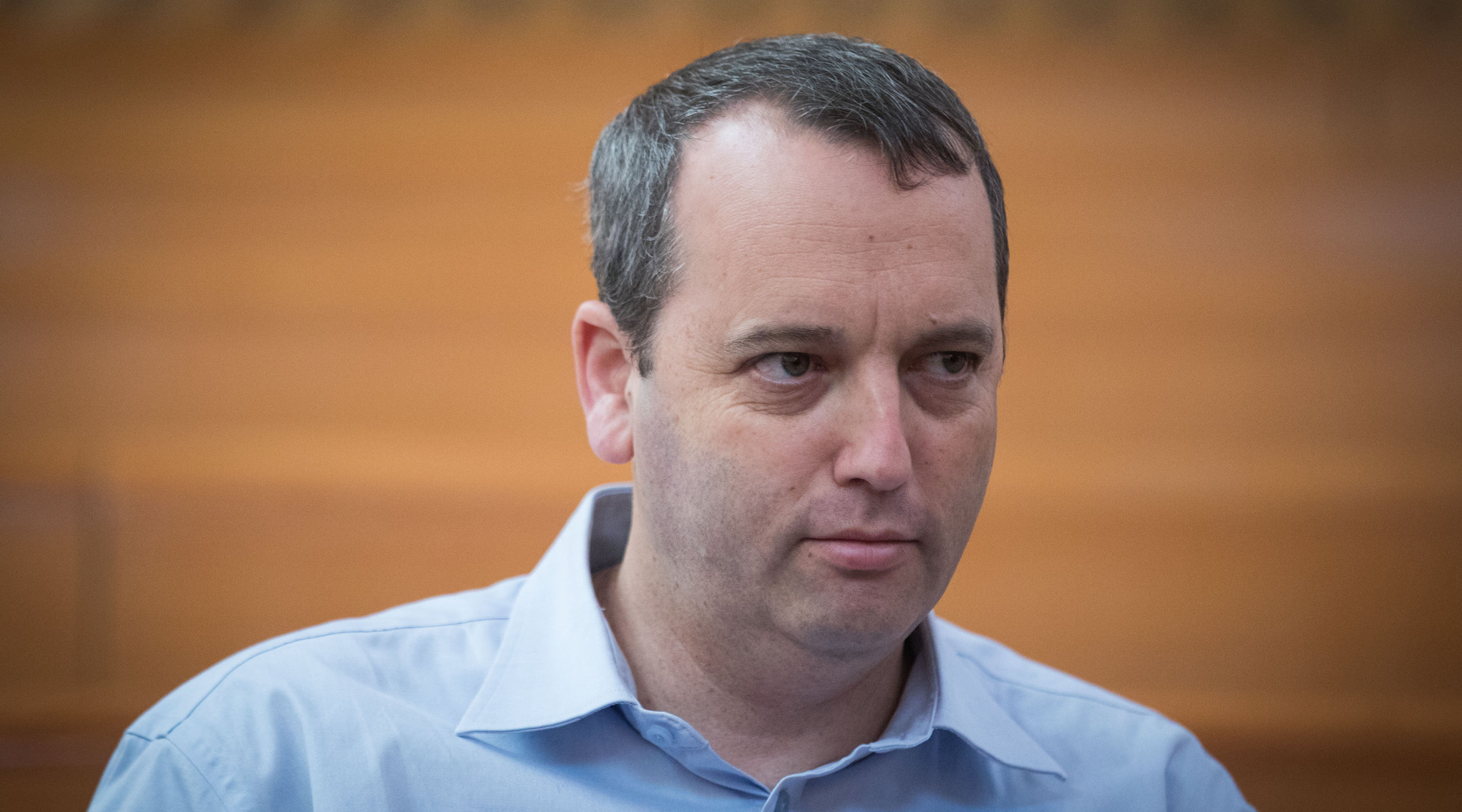 Haredi politicians have also attacked Gilad Kariv, a leading Reform rabbi who is on track to be elected to Israel’s parliament, the Knesset, as part of the Labor Party in the March 23 vote. Kariv would be the first Reform rabbi to enter the Knesset, and haredi lawmakers have pledged to boycott and even exclude him from prayer quorums.

“Unbelievable,” the haredi journalist Israel Cohen wrote on Twitter last week above a picture of Kariv installing a mezuzah at Labor headquarters. “In the Labor Party of old, they would bring haredi rabbis to install a mezuzah. Now they bring Reform Jews. Sad.”

“Is the Reform movement a type of Judaism or a new religion?” the group posted on Facebook, advertising the conference. “[Is it] an embrace of distant brothers or a spiritual and national danger?”

One haredi attack this week extended beyond Reform Judaism. On Tuesday, a haredi lawmaker used a derogatory term for non-Jews to refer to women who convert under a conversion course in the Israeli military. The course is run according to Orthodox standards, though haredi leaders have said it is insufficiently strict.

Some Israel advocates for separation of religion and state have condemned the haredi attacks. Yair Lapid, who heads the centrist Yesh Atid party, tweeted that the United Torah Judaism ad was “disgusting.”

Even Bezalel Smotrich, a hardline right-wing Orthodox lawmaker who once called Reform Judaism a “fake religion,” defended non-Orthodox Jews Tuesday in the wake of the ads. According to The Jerusalem Post, he said that while he will always have disputes with Conservative and Reform Jews, “I understand that we are brothers. We need to speak and have a dialogue and look for common ground.”

Smotrich said his change of heart came after a trip to the United States three years ago when he was exposed to Reform and Conservative communities.

“Suddenly an entire world of Diaspora Jewry that I was not familiar with was revealed to me,” he said. “I really understand that many things we do here in Israel have an impact on what happens overseas.”

Hoffman said despite the attacks, she “couldn’t be happier” about Kariv’s likely election. And while the Supreme Court ruling affects only a small number of people, she said it has symbolic value.

“It is a chip in the ultra-Orthodox hegemony,” she said. “I think Israel should have the most choices in Judaism.”