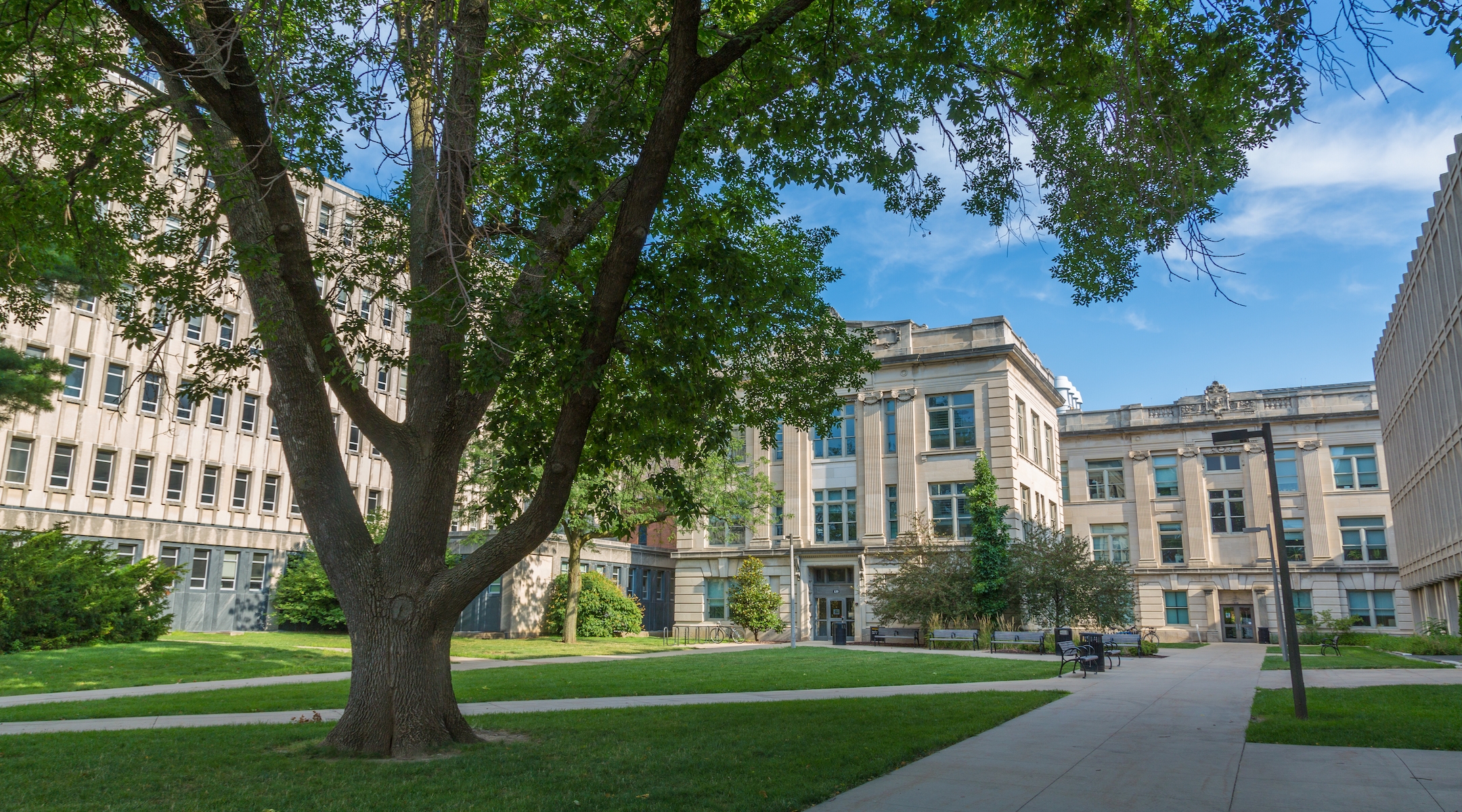 A view of the University of Iowa campus (Wikimedia Commons)
Advertisement

(JTA) — When the University of Iowa student senate debated a bill to give special representation to Jews on campus, Nick Nachtman voted no.

Other minority groups had been given their own seats in the Undergraduate Student Government, chosen by their respective student organizations. The Jewish senator would be chosen by students at Hillel.

In Nachtman’s view, that was a problem.

“Unfortunately as I was researching Hillel International, I’ve seen quite a connection that holds a specifically positive view of the State of Israel,” said Nachtman, a first-year student at the university who is not Jewish. “I worry that having such a strong power connected to the people who are making this decision could influence them to hold a political belief in an office that shouldn’t have a political belief.”

That night, the student senate rejected the proposal. But two weeks later, after Nachtman and other senators gave the matter more thought, they met again to reconsider their decision. This time, Nachtman did not raise any reservations with the idea of having a designated Jewish senator. The bill passed with 95% support.

The reversal reflects a remarkable episode that unfolded over the past two weeks at the University of Iowa. Student leaders have worked through thorny questions about how to define anti-Semitism, whether Judaism is primarily a religion or ethnicity, what role Zionism plays in Jewish identity and whether Jews get more attention than other persecuted minority groups. And they have done so with little of the vitriol, or involvement by off-campus advocates, that often accompanies campus fights over bigotry against Jews.

“A lot of us feel differently on different things regarding protecting speech of people that may speak on the Israel-Palestine conflict,” Maria Martin, a Jewish student who said she is involved in Hillel and also critical of Israel, said Tuesday at the senate meeting. “And we also agree on a lot of things regarding the really old nature of anti-Semitism.”

The idea to create a Jewish “constituency senator” post arose when Kendall Michaels, a Jewish senior, searched for a way to address anti-Semitism she had encountered on the Iowa City campus. Several other minority groups there, such as LGBTQ+ students, veterans and Black students, have been afforded similar seats, and she thought a senator representing Jewish students could advocate for them.

Michaels is a leader of her school’s Students Supporting Israel group, which has made public waves on other campuses. But the anti-Semitism that Michaels hoped to confront wasn’t connected to Israel, as it has been on other many campuses where debates about anti-Semitism have garnered national attention.

Instead, she was alarmed by ignorant comments and tasteless jokes that she had heard on campus. Michaels has been asked where her horns are and saw an acquaintance, who knows she is Jewish, post a swastika to social media along with the message “I hate all Jews.” She worries about wearing a Jewish necklace around campus.

“Most students, when these things happen, they’re scared to ask for help,” Michaels said. “I wouldn’t say it happens every day, but it happens enough that there’s something that needs to be done. It shouldn’t happen at all.”

She attributed the anti-Semitism to the divide between Jewish students from places like the suburbs of Chicago, like her, and peers from rural Iowa who had little prior exposure to Jews. The school’s Hillel estimates that there are about 600 Jews amid a total undergraduate student body of over 22,000.

Two senators worked with Michaels to craft the bill giving those students representation in the student government. Some of the other groups afforded constituency senators have populations that are smaller than or equivalent to that of Jews on campus.

The bill stipulated that the Jewish senator, like other constituency senators, would be chosen by a student group that represents them — in this case by the students affiliated with the campus Hillel. 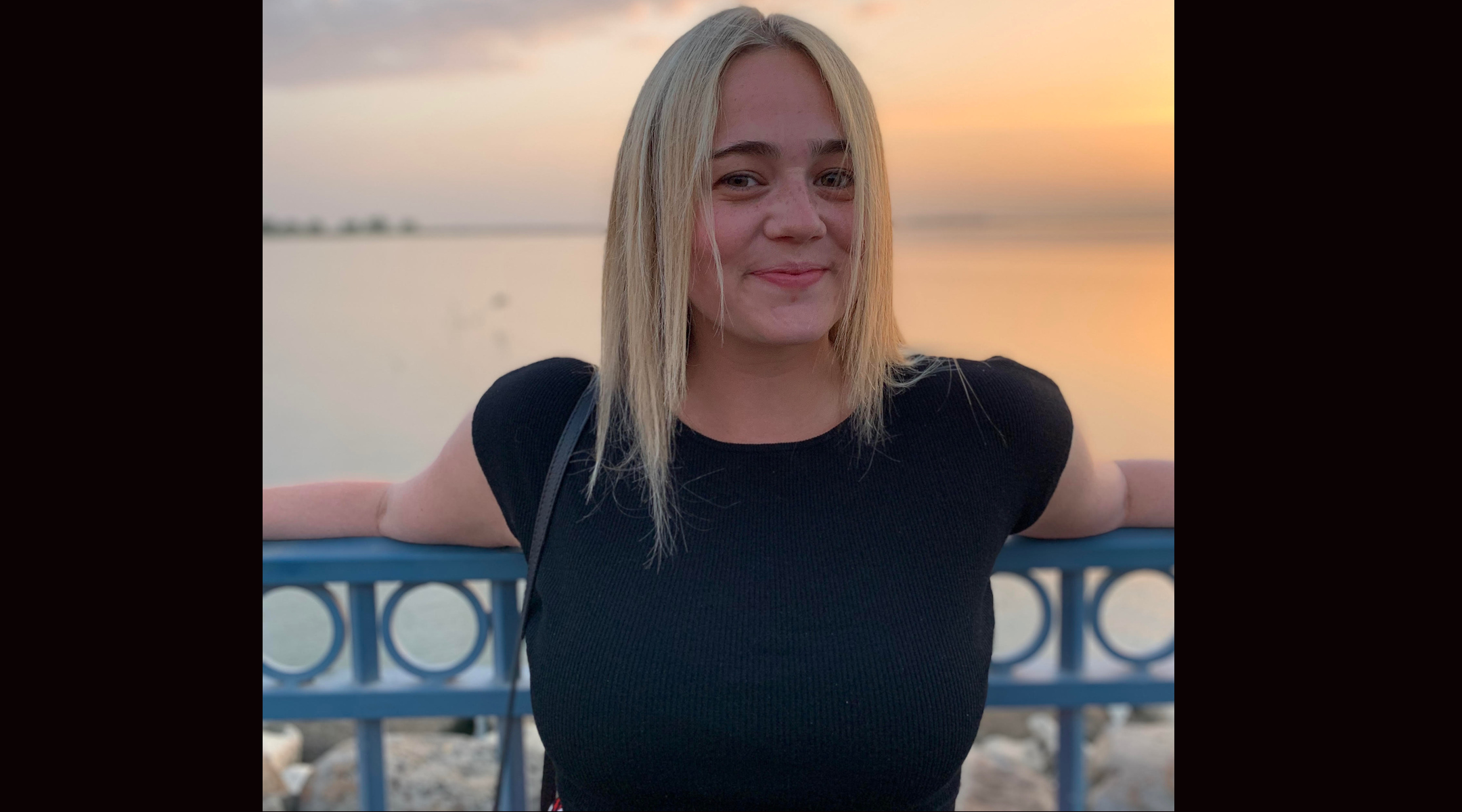 Kendall Michaels, a Jewish senior who said she had experienced anti-Semitism on campus, worked with student senators to craft the bill under debate. (Courtesy of Michaels)

But at the senate session on March 23, several student senators raised objections to the bill. Some, including Nachtman, worried about appointing a senator affiliated with a pro-Israel institution because the Senate does not generally comment on international issues.

Others wondered whether by creating a post for Jews, the senate was unfairly privileging a religion at a public state university.

“I know that it’s more than just a religion, and I know that it extends to ethnic ties and all of that,”  said Marco Oceguera, who noted that he has Jewish ancestry. “I feel like the Jewish identity, Judaism as a whole, is one of the three major Abrahamic religions, and the fact that we’d be giving them a voice and giving a platform for that identity, even though it extends beyond the religious aspect, like I said, it’s impossible to represent the ethnic aspect without representing the religious aspect.”

More than an hour into the March 23 debate, Elke Heckner, a professor who teaches about the Holocaust, said that she was “a little bit horrified” by what she was hearing. She was distressed that some students were arguing that Jews should not be entitled to the same kind of representation as LGBTQ students or Black students because Judaism is a religion.

“This is meant to be a representation of an ethnicity,” Heckner told the students. “Can you guys please think about what your resistance is to conceiving of being Jewish in terms of cultural terms? What’s up with that? Why do you guys have such an investment in trying to show that there can only be quote-unquote religious Jews? I find that proposition in itself really problematic.”

When the bill narrowly failed to reach the two-thirds needed for approval, by a vote of 24-14 with one abstention, it was a shock to Jewish students. The next night, dozens of students attended a town hall where speakers complained that Jewish calls for support in the face of hate were going unheard.

“This was another situation where Jewish students weren’t given a seat at the table,” Mollie Chez, Hillel’s student president, told the Jewish Telegraphic Agency at the time.

But unlike in episodes at other universities, the weeks-long debate did not attract the attention of the national Jewish organizations that typically weigh in when they feel Jews or Zionists face discrimination on campus. On other campuses, including the University of Illinois at Urbana-Champaign, also a Big Ten school, complaints of anti-Zionism and anti-Semitism have drawn in a range of groups who have engaged in public, coordinated activist campaigns. They have lobbied the schools’ administrations, sought media coverage and even successfully petitioned the federal government to open investigations into civil rights violations.

Instead, largely out of the public eye, the Iowa students worked out the issues by themselves. The debate was civil if passionate. The university administration did not get involved (and did not respond to a JTA request for comment). The executive director of the campus Hillel let students take the lead.

“Students are still meeting and getting together, and figuring out all of this and what it means, and it’s kind of beginning, if that makes sense,” Iowa Hillel Executive Director Ashley Carol-Fingerhut told JTA last week amid the ongoing debate. “They’re concentrated on creating educational opportunities for senators and other students to learn about Judaism.”

Things have started to change. Following the outcry, the senators, who are mostly not Jewish, decided to vote again. Nachtman, who did not respond to multiple interview requests, told JTA via email that “a great deal of us feel that the bill did not have an opportunity to be properly considered, discussed, debated, and amended by the student senate.”

When the senate debated the bill again, the discussion took only 45 minutes and mostly concerned technical matters. One extended conversation, about whether to use a specific definition of anti-Semitism as the Jewish senator’s guide in identifying anti-Semitism on campus, made quick work of a question that has locked politicians and activists around the world in debate.

Their debate has centered on the way that the document, popularly called the IHRA Working Definition, includes some forms of criticizing Israel in its examples of anti-Semitism. That has caused some critics of Israeli policy to reject the definition; some recently proposed an alternate definition.

But at the University of Iowa, student government leaders quickly came to a friendly compromise: The students agreed to endorse the IHRA definition — minus one example that says calling Israel a racist endeavor constitutes anti-Semitism.

The final vote establishing the Jewish senate seat was close to unanimous. And Jewish students said they felt heard on a campus where that has not always been the case.

“The decision that was made previously was an uneducated decision,” Chez told JTA following the final vote. “Senators got caught up in the political rhetoric. The couple weeks in between gave them an idea of the impact this act has on the community, and a minority, and their fellow students at Iowa.”