A House bill on Israel is flawed, but our Jewish civil war is worse 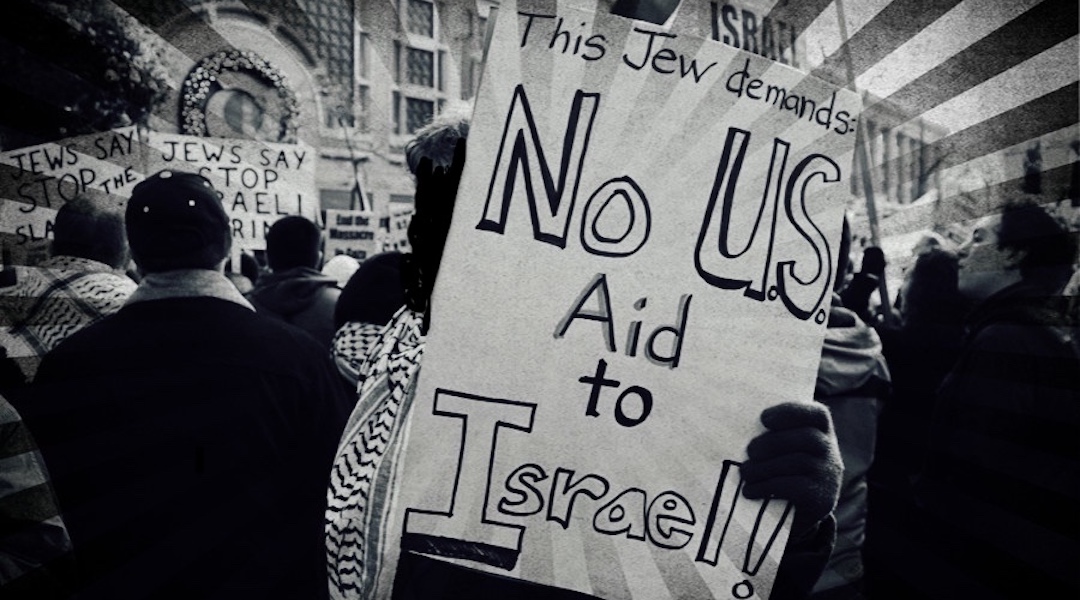 (JTA) — In the partisan changeover that resulted from the 2020 U.S. elections, there were bound to be some tests and challenges for those of us who identify within the broad spectrum of “pro-Israel.” The first is now upon us: a proposed bill emerging in the House of Representatives that places a set of limitations on how U.S. aid to Israel is used.

The bill, introduced by Rep. Betty McCollum, D-Minn., and endorsed by a growing number of progressives, would prohibit American dollars from being used for actions by Israel that involve the detaining of Palestinian children, the appropriation or destruction of Palestinian property, the forcible removal of Palestinians or toward unilateral annexation. The measure would put in place a new level of oversight.

There is reason for the pro-Israel world to be concerned about this legislation. The bill’s principal authors and its first sponsors are lawmakers with a track record of outspoken criticism of the State of Israel that at times has trafficked in anti-Semitism. Some of us who identify as progressive Zionists would support a good-faith attempt to criticize Israeli policy while genuinely supporting its security. This bill does not strike that balance.

Moreover, the bill takes some of the most extreme and egregious moral failures of the occupation – the detention of minors, for instance – and makes them emblematic of Israeli policy rather than exceptional.

In this context, some Israel advocates fear that even a bill with limited scope and no chance of passing represents a slippery slope — namely toward conditioning U.S. aid to Israel, as some lawmakers are proposing, or even eventually cutting the aid entirely. Israeli government policy has been shifting rightward, and American political attitudes are changing. The consensus bipartisan support that Israel enjoyed for two generations is eroding. If Congress is willing to question the historically sacrosanct commitment to Israeli military aid based on the question of home demolitions, will this pave the way toward more grievous sanctioning?

Meantime, on the other side of the aisle, some progressives view these legislative efforts as the only available lever. Frustrated with Israeli policy, and believing that the status quo entrenches unsustainable injustices, they are grasping at an obvious tool – even if this change in policy challenges a deeply held orthodoxy.

Now some of this divide – AIPAC opposes, J Street supports – is just reflective of partisan instincts. Some of it is just good old politics, using legislation that is not likely to pass in order to plant a flag. Besides, the Jewish community likes a good public fight, especially as it relates to Israel. Our controversies are witnesses to our values.

But beyond the political theater, two separate issues about the future of support for Israel are being conflated. The first is the importance of this particular legislation and the “red line” it appears to cross, and the second is whether or not we can brook legitimate dissent on Israeli policy within the framework of our community. Unfortunately we give all our attention to the first, even as the second is more important for the future of our relationship with Israel.

Effective Jewish support for Israel depends on some notion of Jewish community. Without it, we are vulnerable on both sides of the political spectrum: The narrower your subcommunity, the less effective it will be in the long run at mobilizing wider support for its position, and the more dependent it becomes on building unwieldy coalitions. If the American Jewish community is going to remain broadly supportive of Israel, it must maintain within its big tent a wider range of policy positions than are currently tolerated under the banner of “pro-Israel.” This means, in turn, that the organized Jewish community has to open a wider lane than what now exists for political progressives to stay engaged with Israeli policy and for them to express their values.

Many of us who identify as Zionist or pro-Israel believe in the fundamental legitimacy of Palestinian self-determination and advocating for Palestinian human rights as part and parcel of our commitment to the State of Israel. These dual commitments should find their home in our political discourse. To argue that any gesture toward Palestinian human rights and dignity constitutes a prima facie security risk to Israel — as many in the organized Jewish community do — is horrifying, inaccurate and self-defeating to the objective of building as big and broad a coalition as possible that supports the State of Israel.

Every time you close down one pathway for dissent on a communal orthodoxy, you need to open another. Dissent over Israeli policy is a legitimate expression of Jewish participation and engagement with Israel. Pro-Israel voices sometimes acknowledge this with platitudes, but more often than not dismiss political strategies associated with dissent as disloyalty. This is untenable. Not every issue that puts AIPAC on one side and J Street on the other demands a knockdown fight.

Outspoken criticism of Israeli policy will remain a feature of the Jewish and American political conversation. Much of this criticism is becoming more shrill, and the days of bipartisan support are behind us. We are going to be tested with new “slippery slopes.” But when you are on a slippery slope, sometimes the best thing is not to try to reach the top of the mountain but simply to gain secure footing.

I doubt this legislation will pass, and it should not. American military aid to Israel is vital for the long-term security interests of both countries. But not every disagreement calls for  internal war. We need to notice how much we lose when we follow the belligerent instinct indiscriminately. All the wins, over time, may bring about a bigger loss.

Yehuda Kurtzer
is the president of the Shalom Hartman Institute of North America and host of the Identity/Crisis podcast. In this week’s episode, Abdullah Antepli responds to CAIR and AMP.
The views and opinions expressed in this article are those of the author and do not necessarily reflect the views of JTA or its parent company, 70 Faces Media.