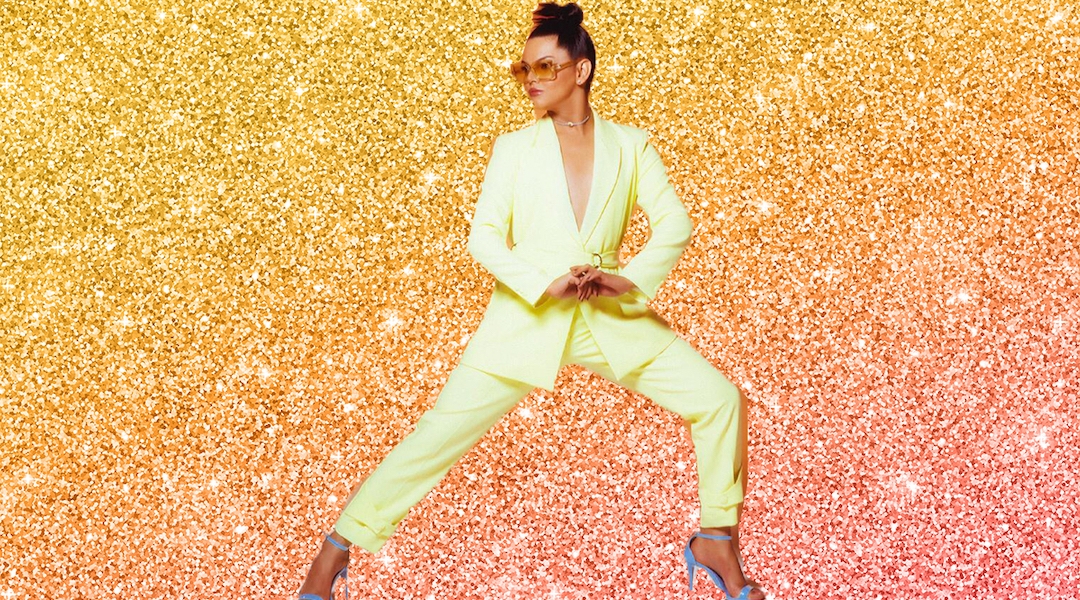 Brazil is a diverse and complex country. For 32-year-old Assucena Assucena, who is trans and Jewish (of Moroccan and Sephardic descent), that complexity is intensified.

To be Jewish in Brazil already means that you’re one of an estimated 120,000 Jews living in a predominantly Catholic country with a deep history of antisemitism. But to be trans can be outright dangerous. Not only does Brazil have a loud and proud homophobic and far-right president — Jair Bolsonaro claimed “homosexual fundamentalists” were brainwashing heterosexual children to “become gays and lesbians to satisfy them sexually in the future” in a 2013 interview — but also, in 2020, more trans people were killed in Brazil than anywhere else in the world for the 12th consecutive year.

In addition to the anti-LGBTQ sentiments expressed by the president and his family (including his son), just last month one of his senior aides was accused of making a white supremacist hand symbol during a legislative session. All of this makes the visibility that people like Assucena represent even more important.

Assucena Assucena is one of the three musicians in the Brazilian musical group As Baías. She met her fellow band members Raquel Virgínia (also a trans woman) and Rafael Acerbi while studying history at the University of Sao Paulo. They have since risen within Brazil’s music scene: In 2019, the group’s album “Tarântula” was nominated for the Grammy Latino, making Assucena and Raquel the first trans women to have ever been nominated for the award. They were nominated again in 2020 for their album “Enquanto Estamos Distantes” (“While We Were Distant”).

I spoke with Assucena over Zoom to talk about the way she’s using her platform to advocate for both the LGBTQ and Jewish communities in Brazil.

Alma: To start, tell us a little about the Jewish community in Brazil.

Assucena: Because of the history of antisemitism here, the community is very closed, very conservative and not always open to recognizing pluralism within the Jewish community. The community is diverse, but they often represent themselves as homogenous, even when they aren’t. Here’s an example: When you arrive at a Brazilian synagogue, it’s almost impossible to enter without being invited. You need to say your family name and present documents. They are extremely closed, ever since the 1994 Jewish culture center bombing in Argentina that killed 85 Jews, though I believe that security in synagogues is more about class than security.

From outside the community, I’ve suffered antisemitism, of course. The perception of Jewish people in Brazil is very cruel because we’re often portrayed as conservative and capitalist instead of as revolutionaries or even academics, which represent a huge part of the Jewish community. That’s a perpetuation of a Nazi concept. The idea of who a Jew is in Brazil needs to change — both for non-Jews and Jews.

What is it like to be both Jewish and LGBTQ?

It’s hard for a lot of people to understand that I can be both trans and Jewish. I grew up in a small city in Bahia, and when I first moved to Sao Paulo I didn’t have any issues accessing the Jewish community. When I became trans, access to Jewish life became a problem and I left the community for eight years. I didn’t see the possibility to be who I was in that environment.

It seems like you’ve found your way back, though. How did that happen?

While studying history, I discovered feminism, Marxism and other ideas in philosophy that made me think about the world in new ways. I was always a religious person and I always sought out spiritual connection. I was looking for a connection to God. I realized through all of this that I never left Judaism, especially the cultural aspect, which was always a part of who I am. Culture is how we think, how we eat and how we behave socially. I never truly left. Judaism is more about uncertainty than certainty. It is expressed through constant debate and questioning, and that’s what I was doing.

My Jewish identity grew even stronger during the recent political polarization in Brazil. It was presumed that Jews would support Bolsonaro, and many leftist Jews stood up and spoke out against him. This really showed pluralism because we as a community were publicly divided over this topic.

A lot of people see you as a public activist for LGBTQ and Jewish causes, especially the intersection of the two. What projects have you been working on?

So much has happened in the past few years. I was invited to serve as a collaborator for the Instituto Brasil-Israel (IBI), and in 2019 I hosted the first institutional LGBTQ Shabbat in Brazil alongside Fortuna, another Jewish musician here in Brazil. Fortuna is very well-known, politically and religiously, in the Jewish community and helped reignite the use of Ladino in music in Brazil. We’ve recorded three singles together.

I also helped build several LGBTQ Jewish groups with IBI and Gaavah, one with CIP (Congregação Israelita Paulista) called MOV 20:35 LGBTQIA +, and another with the Israeli Federation of the State of São Paulo called Hineni, which brings LGBTQ Jews to the center of attention and helps to boost dialogue and integration. We are even offering trained, professional support to Jews who are struggling with their sexuality or gender identity.

I’ve been an outspoken critic on topics related to Israel and Palestine, oftentimes disagreeing with the left and right simultaneously. Last year I wrote a column for Vogue Brasil about why it’s necessary to question the false idea of ​​a Judeo-Christian West. I’m also working on writing my first novel and the main character will be a trans Jewish woman.

As for my activism, it’s all about emphasizing the ideas of a pluralistic Jew. I make a point to post pictures of my Shabbat table and candles on my Instagram stories. I also make a point in interviews to say that I’m Jewish, and that’s important because oftentimes in Brazil, people won’t mention on TV or in interviews that they’re Jewish. During the elections with Bolsonaro, it became even more important for people on the left to come out as Jewish to show that the image of the right-leaning Jewish person wasn’t true. Like me: I’m a trans, leftist Jew.

We’ve mentioned politics a few times here. How does As Baías address politics through your songs?

I know that the album “Tarântula” was specifically focused on LGBTQ rights. Can you tell me about that?

We called the album “Tarântula” in honor and remembrance of trans people killed by the military police operation of the same name in Sao Paulo in 1987. Tarântula was the first institutional program designed to persecute and kill LGBT people (with a large focus on trans people). The idea was that the program would serve as a way to  “clean up” Sao Paulo and rid the city of AIDS. We wanted to shed light on Tarântula and this period that killed and scared the LGBT population.

What is the Jewish LGBTQ scene in Brazil like today?

The community is undergoing a positive transformation right now and I think that has a lot to do with the country’s current polarization. People are seeing the need for conversations and openness around these topics. The community needs to see the mix of identities and beliefs that someone can have and still be Jewish. Maybe they’re LGBT, or a leftist, or even anti-Zionist, but they’re still Jewish. This kind of pluralism is healthy for the community. It’s when we realize and discuss our differences that we are able to truly understand and appreciate the intersections in everyone’s identities. This can make us stronger.