People are accusing Israel of genocide. These human rights lawyers beg to differ. 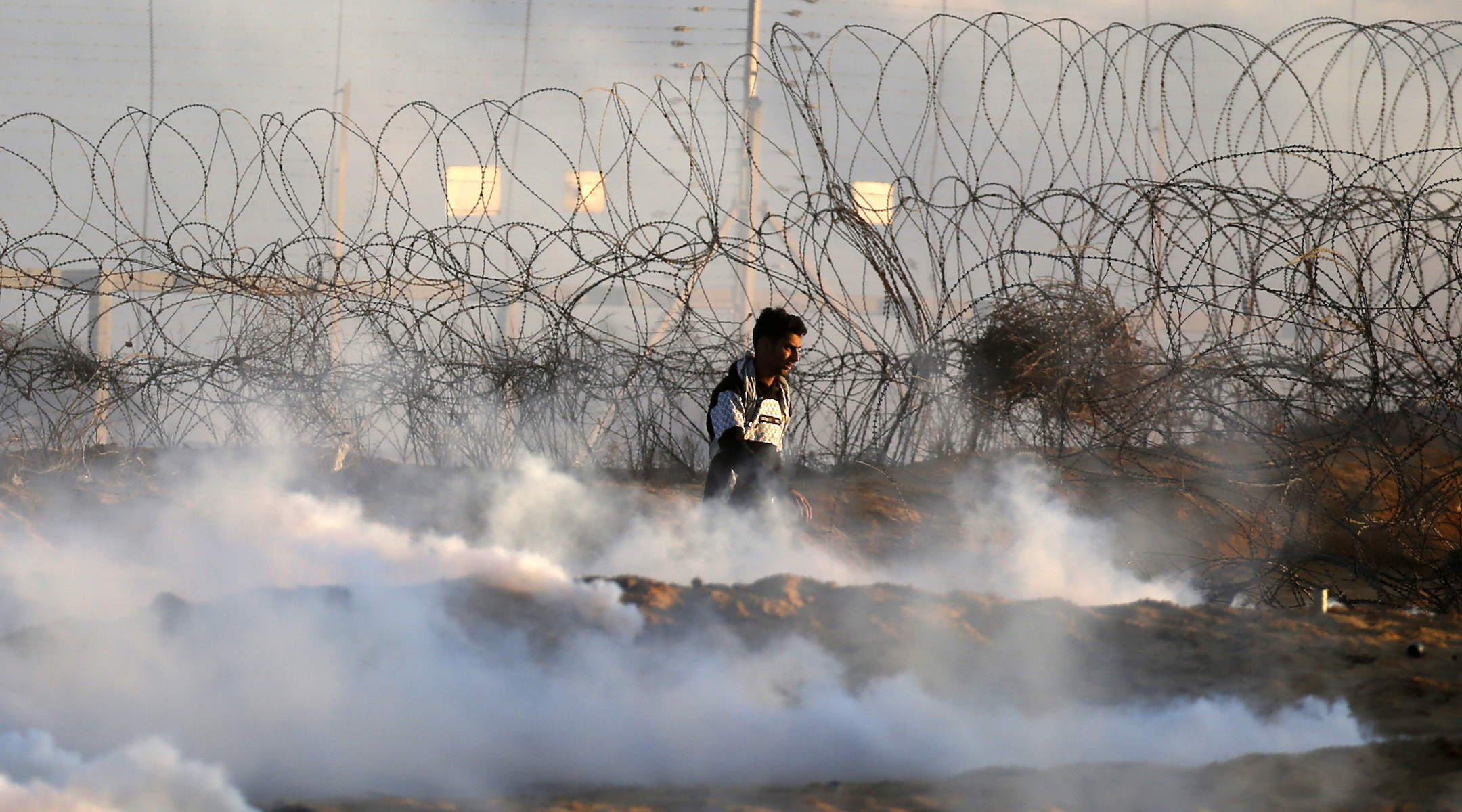 (JTA) — When actor Mark Ruffalo apologized on Monday for posts that “suggested Israel is committing ‘genocide,’” it wasn’t clear what comments of his own he was speaking about.

But he drew attention to a loaded word that has leapt into public discourse in the past two weeks, during and after the recent conflict between Israel and Hamas in Gaza.

Accusations that Israel has been committing genocide in Gaza have flown freely, from seasoned activists to the Palestinian foreign minister to people wading into the Israeli-Palestinian issue for the first time on social media. Tweets with the words “Israel” and “genocide” appeared as often as thousands of times per hour on Twitter during the 11-day conflict, in which more than 250 Palestinians and a dozen Israelis were killed.

But even human rights lawyers who have been deeply critical of Israeli policy and actions in Gaza and the West Bank say the genocide term doesn’t apply. As some Palestinian advocates are newly making the case that Israeli policy in Gaza fits some definitions of genocide, Jewish and Israeli human rights lawyers across the political spectrum use words like “ridiculous” and “baseless” to describe the accusation.

Israel’s policy “doesn’t even begin to meet the threshold of what genocide is, and I think it cheapens the very important and grave concept of genocide,” said Michael Sfard, a prominent Israeli human rights attorney who wrote a legal opinion last year arguing that Israel is committing the crime of apartheid in the West Bank.

Meanwhile, some Jews say that hearing the country be accused of genocide feels like a special affront given its connection to the Holocaust, the Nazi genocide against Jews that gave rise to the term.

“Specifically picking the crime the Jewish people have suffered, perhaps more than any other people in history, is not only to accuse us of a great crime but to negate our suffering as a people,” said Eugene Kontorovich, an international law scholar who has defended Israel’s wartime conduct.

According to an analysis provided to the Jewish Telegraphic Agency by the Network Contagion Research Institute, which studies the spread of hate online, tweets including the words “Israel” and “genocide” were posted hundreds of times per hour throughout the fighting. At one point on May 14, tweets with those two words were shared more than 2,000 times per hour. One tweet about “the ongoing Israeli genocide in Palestine” was shared more than 3,700 times.

The genocide charge was far from the only criticism of Israel that went viral during this period. But it was perhaps the most extreme — and widely disputed.

“First and foremost, in order to commit the crime of genocide, one needs to have an intention to exterminate, in whole or in part, a group,” Sfard said. “And in the 30 years of my activism and more than 20 years of litigation, I haven’t seen a shred of evidence that Israeli officials and decision makers hold such an intention.”

According to the United Nations, “genocide” consists of “acts committed with intent to destroy, in whole or in part, a national, ethnical, racial or religious group.” That can include killing members of the group, inflicting serious bodily harm on them, preventing births, forcibly transferring their children or creating “conditions of life calculated to bring about its physical destruction in whole or in part.”

Some Palestinian advocates say that definition applies in Gaza. Noura Erakat, a human rights lawyer and assistant professor of Africana Studies at Rutgers University, wrote a Twitter thread to her 108,000 followers last week explaining why she believes Israel is committing genocide against the Palestinians and trying “to eliminate their presence & destroy their nation.”

Huwaida Arraf, a Palestinian-American international human rights attorney, told JTA that she used to avoid describing Israeli actions as genocide because when she did, some people “will automatically just have this visceral reaction that shuts you out instead of actually listening to you” because the word is so strong and because, for Jews, it evokes the Holocaust.

Now, however, she is reconsidering. Arraf said that given the ongoing Israeli oppression of Palestinians that she observes, the question of whether Israel is committing genocide deserves to be investigated.

“I don’t think it’s a secret that Israel does not want the Palestinian people there,” she said. “The actions are so vicious and brutal that it’s almost wrong to shy away from calling it what it seems like it is now. It might cause some people to close it off or blow it off or become just defensive, but I’m not sure that that’s necessarily a sufficient reason to hold back from calling it what it looks like.”

Pro-Palestinian activists have accused Israel of genocide before — and sparked backlash from Jewish groups and others. During the 2014 Gaza War, Steven Salaita, a Palestinian-American professor, lost a tenured position he had been hired for at the University of Illinois following a series of critical tweets about Israel, including one that said, “The word ‘genocide’ is more germane the more news we hear.”

This month, the spike in genocide accusations comes amid a rise in antisemitism around the world. In the United States, according to the Anti-Defamation League, antisemitic incidents rose 75% during the second week of the Israel-Gaza conflict compared to the week before it began. According to the ADL, the week starting May 17 saw 124 reported incidents of antisemitic harassment, vandalism or assault, compared to 68 two weeks earlier. The Secure Community Network, a Jewish security group, reported that antisemitism increased 80% in the past month.

“Connecting invective that we’re seeing in online spaces to the real-world violence that we’ve seen is difficult to gauge,” said Oren Segal, the director of the ADL’s Center on Extremism. But, he added, “When you portray your opponents as those who are engaging in the worst types of crimes against a people, you’re going to create anger against those people you are accusing of doing that.”

Sari Bashi, a human rights lawyer and prominent activist for the rights of Palestinians in Gaza, said Israel’s military conduct in Gaza was “wrong and unlawful” — but not genocide. (She also said that Hamas committed war crimes by firing rockets at Israeli civilian populations but not “terrorism,” politically motivated violence usually perpetrated outside the confines of an armed conflict.)

Bashi said the increase in accusations of genocide is a function of people trying to find strong language to register their outrage at Israel’s actions in Gaza.

“There’s a tendency for people to take words that are strong and to use them to describe actions they find objectionable, whether or not they fit,” she said. “I think people often throw around strong terms. I don’t think you hear international lawyers or human rights groups issuing reports analyzing why it’s genocide because it’s not.”