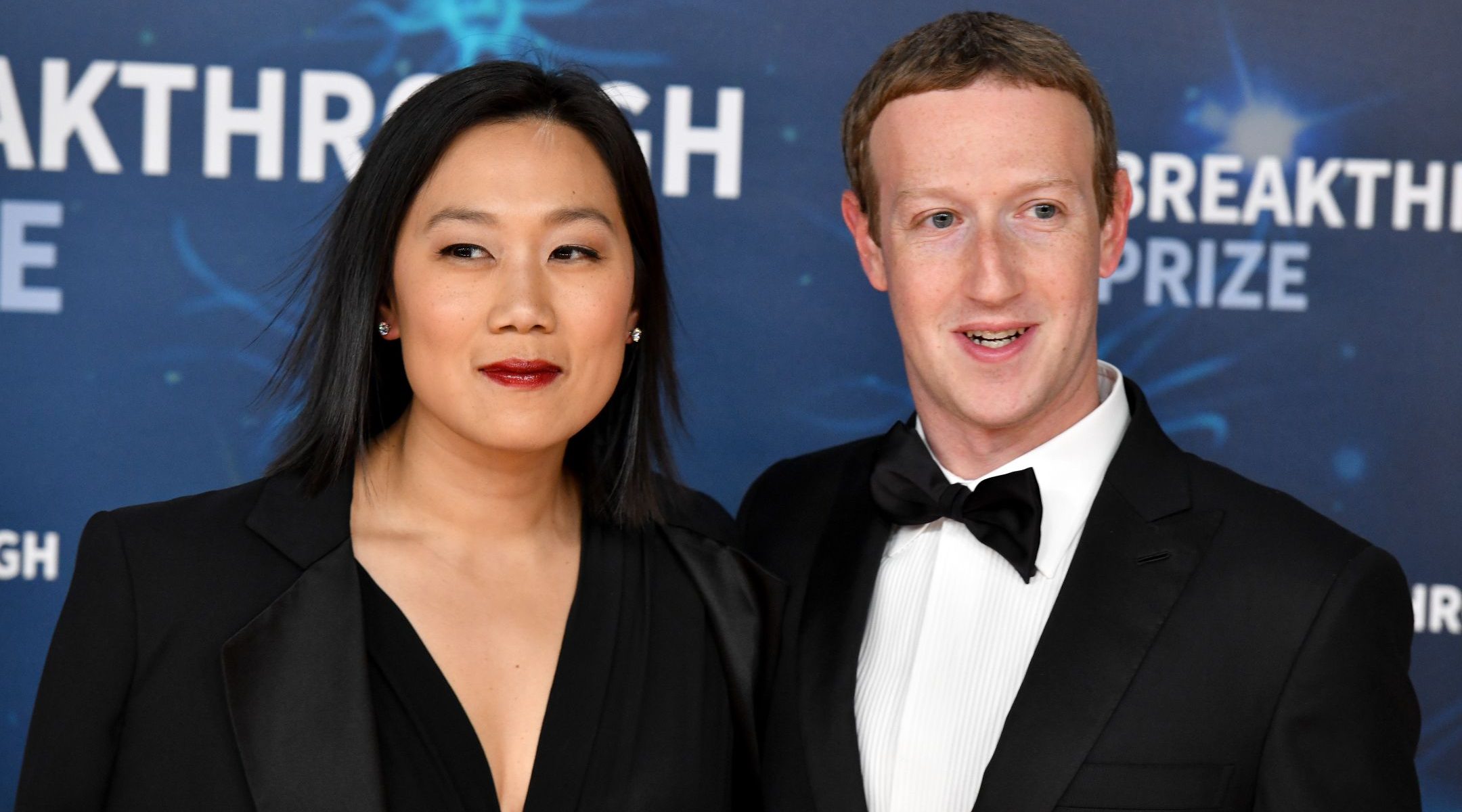 Priscilla Chan and Mark Zuckerberg, seen in 2019, are taking heat from conservatives for a $400 million donation to a nonpartisan center to assist local election offices ahead of the November vote. (Ian Tuttle/Getty Images for Breakthrough Prize)
Advertisement

WASHINGTON (JTA) — Republicans and others are calling Mark Zuckerberg “Zuckerbucks.” The Anti-Defamation League wants that to stop, claiming the term suggests that “rich Jews are controlling levers of power.”

The Zuckerbucks term has been circulating since last year, when the Facebook founder and his wife, Priscilla Chan, steered $400 million through the nonpartisan Center for Technology and Civic Life to assist local election offices ahead of the November vote. A conservative think tank, the Foundation for Government Accountability, has posted multiple articles using the term and decrying the donations as unfairly tilting elections.

This month, the term made it into Congress: Rep. Claudia Tenney, a New York Republican, proposed the End Zuckerbucks Act, which would ban nonprofits classified as tax exempt and nonpartisan from giving money to election offices.

Among the co-sponsors are two Republican congresswomen, Reps. Elise Stefanik of New York and Lauren Boebert of Colorado. Stefanik, a Donald Trump ally, is the third-ranked Republican in the House of Representatives. Boebert recently drew criticism for likening coronavirus protections to the Nazi era.

With Democrats controlling Congress, the bill has no chance of passage.

ADL CEO Jonathan Greenblatt told the Jewish Telegraphic Agency that the term Zuckerbucks perpetuates an age-old antisemitic stereotype claiming that rich Jews use their money to exercise inordinate control over governments. Zuckerberg is the fifth-richest person in the world, according to Forbes, with a net worth of approximately $97 billion.

“In recent years, we’ve seen antisemites alleging that Mark Zuckerberg is ‘proof’ of this stereotype,” Greenblatt wrote in an email to JTA. “Those who use the term ‘Zuckerbucks,’ particularly members of Congress, are dangerously enabling this antisemitic trope, and we urge these policymakers to stop using this term immediately.”

Zuckerberg and Chan provided the $400 million after Senate Republicans blocked the same amount from being used to assist elections offices attempting to deal with the coronavirus pandemic. The GOP and conservative critics argue that the funds disproportionately assisted Democrats, pointing to expenditures in regions that are generally poorer and with larger concentrations of minorities.

“Zuckerbucks are screwing with our elections by funneling private dollars in a partisan way to government agencies,” Boebert said at a news conference announcing the bill. “You want to know why many from across the country have serious questions about the integrity of our elections? It starts with shady crap like this, where billionaires funnel money through nonprofits to Democrat areas to influence election results.”

Zuckerberg and Chan have rejected complaints that the expenditure was partisan.

“These funds will serve communities throughout the country — urban, rural and suburban – and are being allocated by non-partisan organizations,” Zuckerberg said last year in a Facebook post.

Facebook has drawn conservative ire for joining other social media in banning leading conservative figures, chief among them Trump, for lying about last year’s presidential election results and inciting violence.

At least one board member of the Foundation for Government Accountability, a conservative think tank that advocates for streamlining government, has promoted baseless claims of election fraud on his personal website. The board member, Bob Harden, also claimed recently that George Soros, the liberal Jewish megadonor and frequent target of antisemitic criticism, is behind a plot for “leftists” to pose as Republicans and run in an Ohio primary elections.

However, Zuckerberg has cultivated Republicans as well as Democrats. One of Facebook’s first investors was Peter Thiel, a tech entrepreneur who continues to hold stock in the company and was one of Trump’s major donors, and its chief lobbyist, Joel Kaplan, is a Republican.