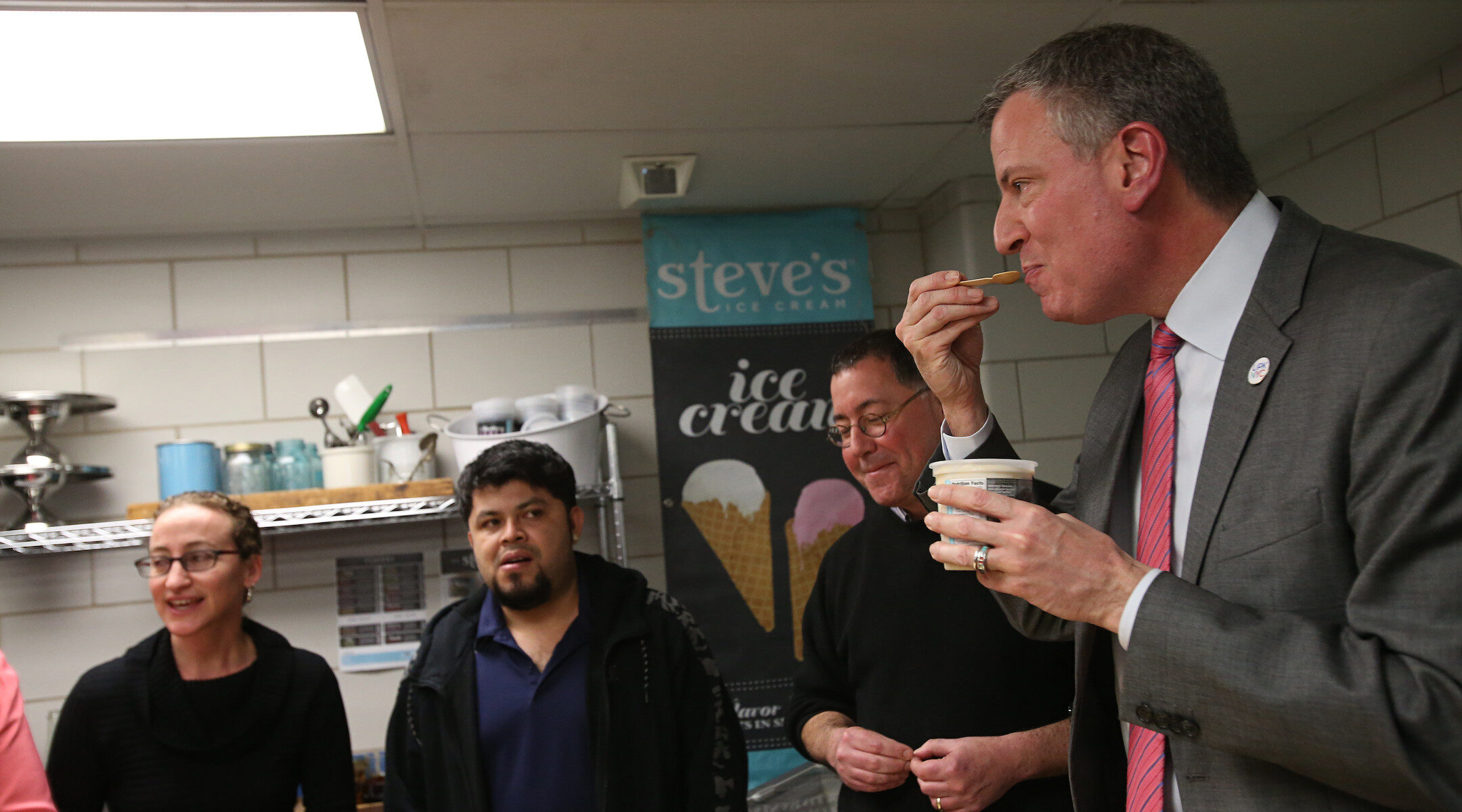 Good morning, New York. Here’s all you need to know to start your Jewish day — in fewer than 1,000 words.

Mayor Bill de Blasio joined critics of Ben & Jerry’s, saying Tuesday that he “will not be eating any more Cherry Garcia for a while.”

Ulster County officials are monitoring campers for COVID-19 at a Hasidic summer camp following the death last week of a 13-year-old Brooklyn girl.

Three Brooklyn men were charged with a hate crime for harassing Jews outside a synagogue in Borough Park on May 22.

Advice for politicians courting the Hasidic vote: “Do not use Google Translate for Yiddish.”

The Netflix reality series “My Unorthodox Life” promotes harmful stereotypes of those who leave their religious families, writes the formerly Orthodox CUNY prof Dainy Bernstein. “Most ex-Orthodox people struggle to find their feet in an unfamiliar world and might fail if not for a network of support, both financial and emotional,” Bernstein writes.

Harry Rosenfeld, a Washington Post editor who helped Woodward and Bernstein expose the Watergate scandal, has died at 91 from COVID-19 complications. A refugee from Nazi Germany whose family settled in the Bronx, Rosenfeld was The Post’s assistant managing editor for metropolitan news in 1972 when the reporters closed in on the scandal that would eventually bring down President Richard Nixon. Rosenfeld left The Post in 1978 to become editor of the Albany Times Union, where he worked until he retired in 1996 and to which he contributed until his death.

Beth El Synagogue Center in New Rochelle has launched an initiative to use music as a foundation for ritual and secular communal life.

An unspecified grant from Deutsche Bank will allow the Jewish Community Council of Greater Coney Island to extend its health and social services to the “near-poor” elderly. The grant comes from Deutsche Bank Americas Foundation as trustee for The John H. & Ethel G. Noble Charitable Trust.

OK, we lied. More ice cream puns on the way.

The Israeli division of Ben & Jerry’s has introduced a number of unique ice cream products in the country in recent years. Which of the following are actual flavors created by the company?