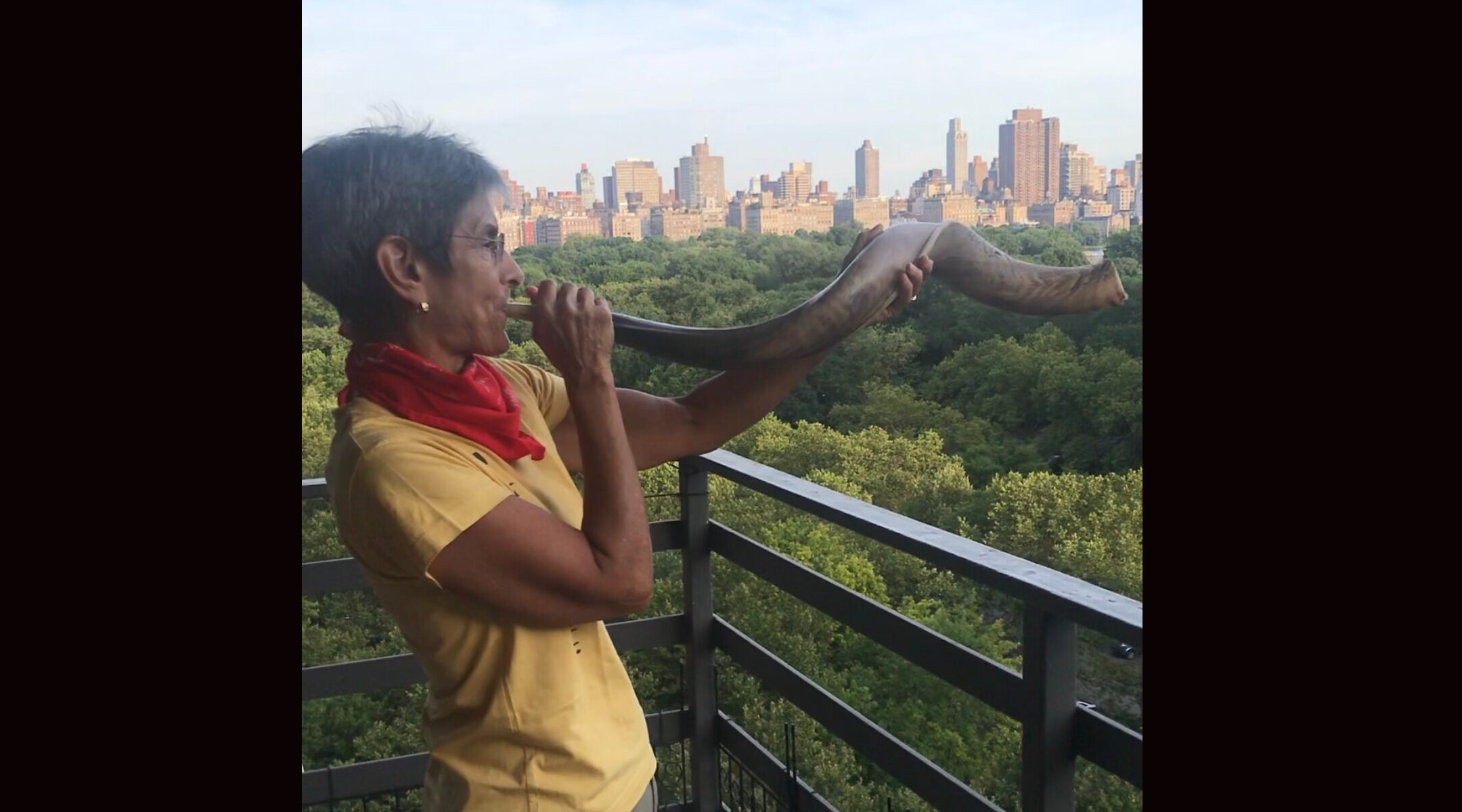 Since the early days of the pandemic, Rabbi Janise Poticha has kept up her shofar-blowing at 7 p.m. daily as a salute to health care workers. (Lydia Orias)
Advertisement

Long after most of her neighbors have stopped, Rabbi Janise Poticha still salutes health care workers every day at 7 p.m. from her balcony on the Upper West Side.

The list of local retailers boycotting Ben & Jerry’s after the ice cream maker said it would no longer serve the West Bank is growing.

Gov. Cuomo will direct the State Police Hate Crimes Task Force to investigate an incident Tuesday in which a woman smashed windows at a Hasidic Jewish school in Williamsburg.

Menashe Shapiro, who helped Eric Adams win over Orthodox Jewish leaders, is a “key player” in a network of advisers to the Democratic mayoral candidate.

The BDS movement to boycott Israel is an attack on the legitimacy of the State of Israel. The Ben & Jerry’s boycott of the settlements is not that, writes Jo-Ann Mort in a JTA essay: It is a protest of a specific policy that is leading Israel “dangerously to one state.” Our friends at The Nosher bring you the history of Lender’s Bagels, the family business that introduced frozen bagels to America.

Paul Shapiro’s Midnight Minyan, a six-piece group that re-imagines Jewish music through a jazz lens, is joined by singer Lila Shapiro, a senior at the High School of Math, Science and Engineering at the City College of New York, for an in-person performance at Chelsea Table + Stage, 152 West 26th Street between 6th and 7th Ave. Buy tickets, $22, here. 7:00 pm.

Photo, top: Since the early days of the pandemic, Rabbi Janise Poticha has kept up her shofar-blowing at 7 p.m. daily as a salute to health care workers. (Lydia Orias)