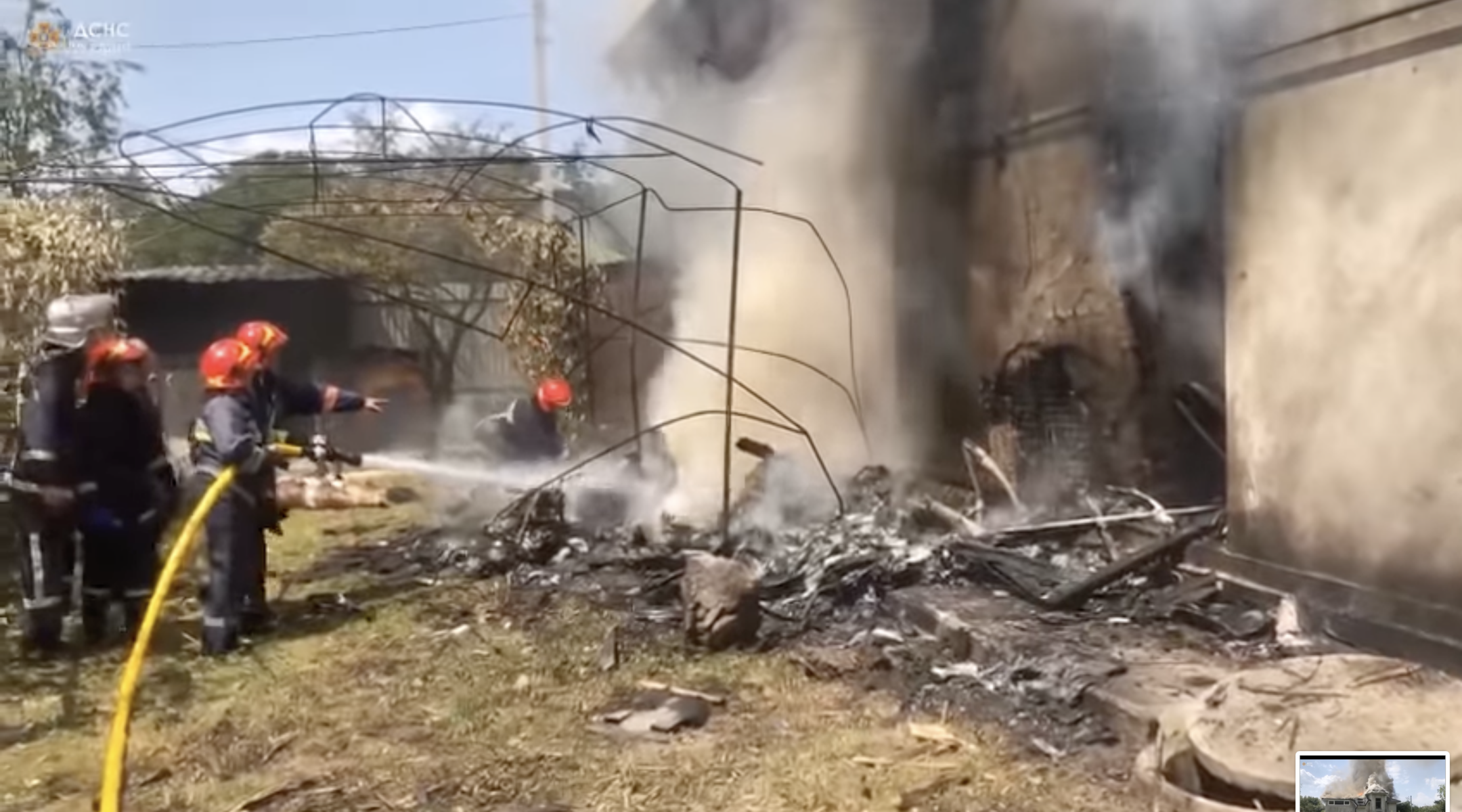 Firefighters respond at the scene of a plane crash at a house in Sheparivtsi, Ukraine on July 28, 2021. (Screenshot/YouTube)
Advertisement

Good morning, New York. We were up early watching Israel play their first-ever Olympic baseball game. The Blue-and-White lost to a favored Republic of Korea team 6-5 in 10 innings. The United States takes on Israel in a group-play matchup tomorrow at 6 a.m. ET on NBCOlympics.com or the NBC Sports app.

Two yeshiva students from New York were among those killed when their small plane crashed into a house in western Ukraine on Wednesday.

The Jewish founders of Ben & Jerry’s defended the ice cream company’s boycott of Israel’s West Bank settlements in an op-ed in the The New York Times.

U.S. Rep. Grace Meng (D-Queens) released a statement Wednesday saying the company’s decision made her “sad and disappointed” and that “it is important that New York, among other states, looks into whether the boycott violates anti-BDS laws.”

Also on Wednesday, 90 of the 120 members of Israel’s parliament, the Knesset, signed a letter calling the company’s action a “decision to boycott towns and cities in Israel,” condemning it as “shameful” and “immoral.”

State police arrested three men for an attack on a Jewish man Saturday in the upstate village of Fleischmanns. 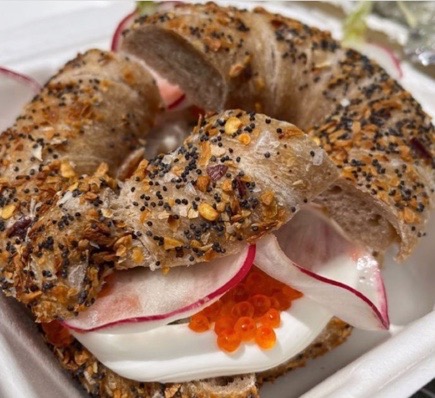 Smoked Amberjack Salad on a Chicago-Style Everything Bagel, from Edith’s in Brooklyn. (Instagram)

Grub Street reports on local restaurants and purveyors that are trying to broaden the definition of Jewish food beyond “bagels or bialys or pastrami.” 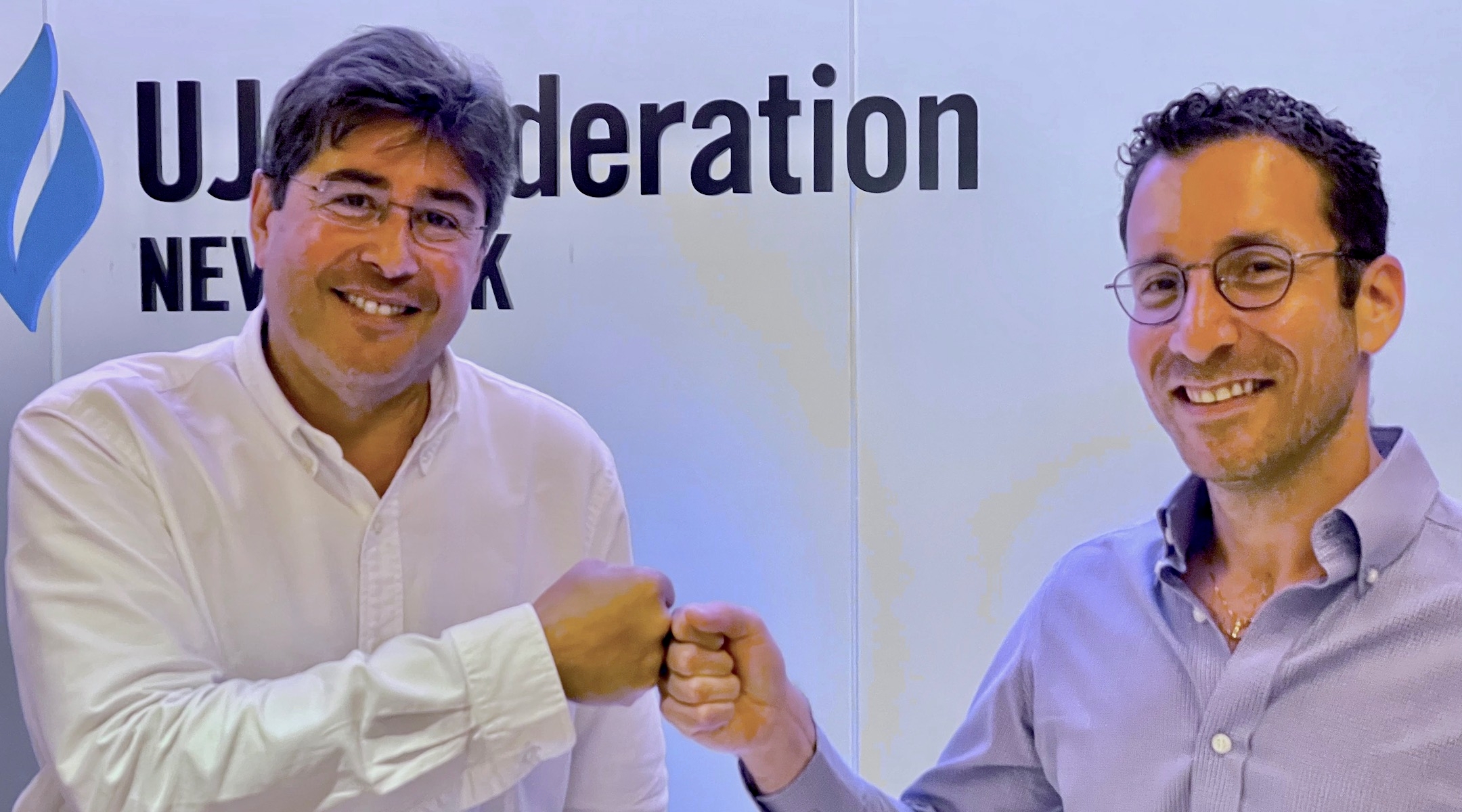 The CEO of UJA- Federation of New York, Eric Goldstein, left, welcomes Itzik Shmuli as the new director-general of its Israel office. (Courtesy of UJA Federation)

What was it like to grow up on the Lower East Side in the early 1900s? Find out on a Tenement Museum walking tour designed for children five and up and their families. $10/child; $15/adult. Visit here for details. 11:00 am.

Join SVIVAH for an intimate conversation with Shira Lankin Sheps, founder of The Layers Project, and the women of Layers: Michal Kaye, Shara Shetrit and Rebecca Spiewak. Layers is an online media source for  insights into the lives of Jewish women.RSVP here for for Zoom link. 12:30 pm.

Join the Museum of Jewish Heritage for a conversation with Deborah Riley Draper, author of “Olympic Pride, American Prejudice,” a new book  about the 18 African-American athletes who defied Jim Crow and Adolf Hitler to win hearts and medals at the 1936 Olympic Games in Berlin. Register here. 7:00 pm.

Gabrielle Glaser discusses her book “American Baby: A Mother, a Child, and the Shadow History of Adoption,” examining the dark truth about postwar adoption in the U.S. and the New York Jewish adoption agency at the center of it. Sign up for this installment of the Jewish Women’s Archive’s (Post)Quarantine Book Talks series here. 8:00 pm.

Join UJA-Federation of New York and The Jewish Week for a conversation with Robert Abrams, the former attorney general of New York and author of “The Luckiest Guy in the World.” He and moderator Sandee Brawarsky will discuss his journey in politics, his career and his life of public service. Aug. 4,  7:00 pm. Register here.

Photo, top: Firefighters respond at the scene of a plane crash at a house in Sheparivtsi, Ukraine on July 28, 2021. (Screenshot/YouTube)