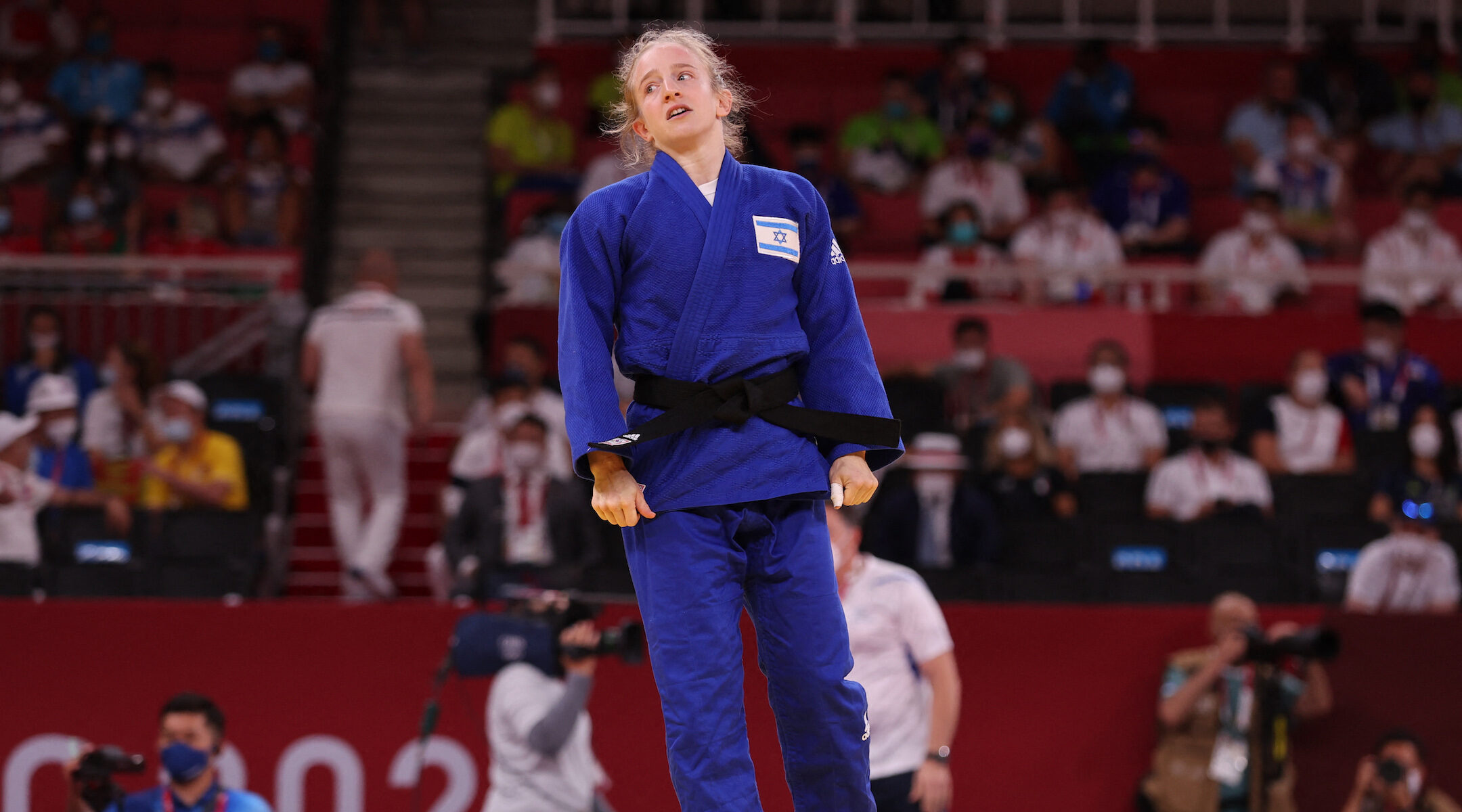 (JTA) — Team Israel won’t be repeating its Olympics success in judo from 2016, when two of its judokas won bronze medals in Rio.

In Tokyo this summer, there will be no individual medals in a sport in which Israel has won five of the nation’s 10 total Olympic medals.

Or “Ori” Sasson, the 2016 men’s heavyweight bronze medalist, lost in the round of 16. So did Sagi Muki, a half-middleweight, who was among the Israelis favored to medal. And three Israelis were defeated in their bids for bronze.

“Maybe I should have believed in myself more,” Sasson said. “If the fight had lasted a little longer, maybe it could have ended in my favor.”

Muki did have some upbeat news, however: His friend, the Iranian-born judoka Saeid Mollaei, won silver. Mollaei, who fled Iran in 2019 after being forced to throw a match to avoid competing against Israelis, dedicated his win to Israel.

“Thank you to Israel for the good energy. This medal is dedicated also to Israel. I hope the Israelis are happy with this win,” Mollaei told the Israeli Sports Channel.

Muki was definitely happy, he said.

“He is a very close friend of mine and I know what he went through to get here,” Muki said. “He deserves it. He is inspiring.”

Another Israeli judoka, Raz Hershko, failed to advance past the round of 16. But she did win a historic match against Tahani al-Qahtani, a Saudi Arabian judoka who had been under pressure to withdraw from her match rather than fight an Israeli.

“I’m happy this match took place. After the match, we talked a little in the hall, but she [Al-Qahtani] didn’t want the media to document it,” Hershko said. “We shook hands and hugged, we talked about the match, about the situation in her country. I told her I understood, and that she was brave.

“I’m happy she eventually stood up, despite everything, and fought like she should. I’m happy that the sport won out.”

Hershko lost in the next round.

Shira Rishony, Peter Paltchik and Baruch Shmailov reached the medal round but came up short fighting for bronze. They all responded with strong emotions.

Rishony wrote on Instagram that the dream remains an Olympic medal and the competition was an emotional roller coaster.

She also wrote: “I came here with another dream, I came here to prove what I’m worth, I came to show who I am, and to explode on the biggest stage in the world! And I feel wholeheartedly that I did it,” she wrote.

Following his loss, Paltchik said: “I don’t even know how to express myself. I feel awful, just awful. I wanted to be able to celebrate and now I am suffering. The majority of the bout was in my hands and I saw that my opponent was tiring, but all of a sudden it slipped through my fingers. I gave my heart and my soul and that is why I am hurting so much now.”

And this from Shmailov on his Instagram: “Although I didn’t finish where I wanted I am very proud of the absolutely intensive road, with a lot successes and failures, I have always found a way to overcome my obstacles. So I can’t get comfort in the 5th place but hell, I’m proud and thankful.”