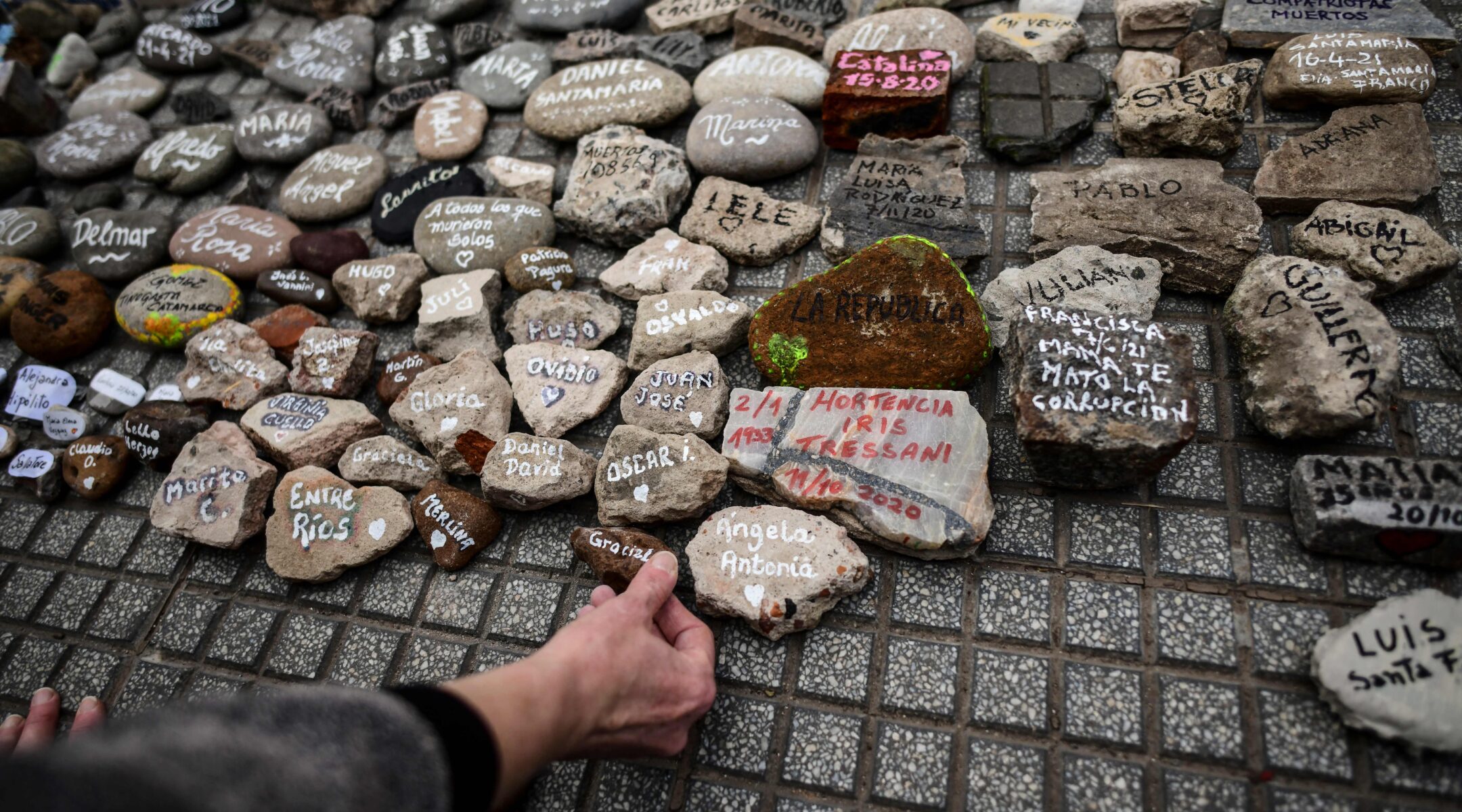 Stones placed on a memorial for COVID-19 victims in Buenos Aires, Argentina, echo the Jewish ritual of placing stones on graves. (Ronaldo Schemidt/AFP via Getty)
Advertisement

(JTA) — The Argentines who placed stones in front of the Casa Rosada government building this week were marking a grim milestone in their country’s COVID-19 experience: crossing the 100,000-death threshold.

They were also echoing a Jewish ritual whose telltale signs — small rocks perched atop gravestones — can be seen in any Jewish cemetery around the world.

“The March of the Stones” in Buenos Aires came together spontaneously through social media conversations protesting how the Argentine government has handled the pandemic. Those who marched Monday on the government building carried stones inscribed with the names of the country’s COVID, whose numbers swelled to more than 110,000 over the course of the week. At the main site, they placed the stones in a plaza.

Stones were chosen because they are enduring — the same reason Jews visiting cemeteries frequently place small rocks on gravestones. A local newspaper, Perfil, made the connection.

“The proposal of the stones is related to the Jewish tradition of placing rocks on the tombstones of loved ones so that they last in time, unlike the Catholic custom of leaving flowers,” the paper wrote.

Among the stones visible in social media posts was one for Rabbi Baruj Plavnick, who died earlier this year at 69. He had volunteered his synagogue as a vaccination center and declined opportunities to be vaccinated before he was eligible.

The government collected the stones to create a permanent tribute site at some point, the state-run news agency Telam reported. The City of Buenos Aires is also starting its own COVID-19 memorial, and a city lawmaker has proposed using the stones in its construction.