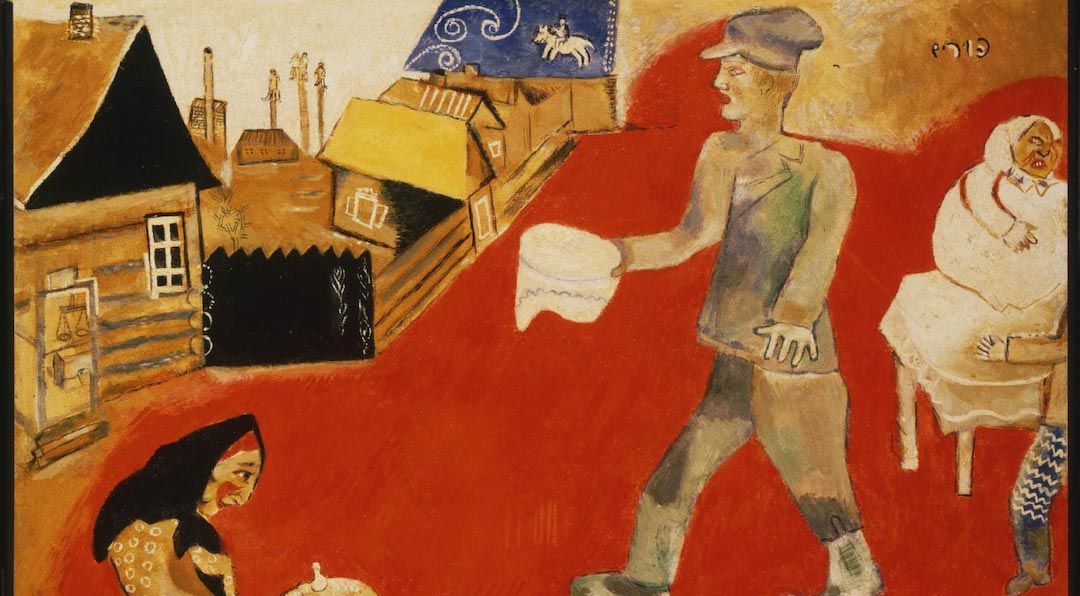 A detail from “Purim” by Marc Chagall is featured in the exhibition "Afterlives: Recovering the Lost Stories of Looted Art," on view at the Jewish Museum Aug. 20, 2021 through Jan. 9, 2022. ((c) 2021 Artist Rights Society (ARS)/New York /ADAGP, Paris/Chagall)
Advertisement

Shabbat shalom, New York! Every Friday, The Jewish Week emails a digest of the week’s best stories, which you can print out for offline reading. Sign up for “The Jewish Week/end” here. Get today’s edition here.

A judge allowed Yeshiva University to deny an official LGBTQ club from forming on campus while a discrimination case continues in court.

Rep. Ritchie Torres (D-Bronx) is asking the Treasury Department and the IRS to review and consider suspending the nonprofit, tax-exempt status of several “extremist and hate groups” highlighted in a recent Anti-Defamation League report.

An exhibit opening today at The Jewish Museum focuses on art looted during World War II.

The Center for Jewish History will reopen its galleries to the public on Monday, Aug. 23.

Society’s failures around COVID do not bode well for its response to climate change, writes Andrew Silow-Carroll, the editor in chief of The Jewish Week: “Forget saving humanity – Americans couldn’t band together to save their own kids.”

This week’s portion, Ki Teitzei, teaches that defending the rights of workers is a biblical mandate. “If we choose to become an employer,” writes Rabbi Shmuly Yanklowitz, “then we must take responsibility to ensure our workers do not live in poverty.”

Larry David “screamed” at attorney Alan Dershowitz at a popular convenience store on Martha’s Vineyard, the New York Post reported Wednesday. What was their beef about?

The National Library of Israel presents a conversation with Yehouda Shenhav-Shahrabani, chief editor of Maktoob, the only project in the world dedicated to translating Arabic literature into Hebrew. He and British-Nigerian-Israeli writer Akin Ajayi, co-founder of the The Tel Aviv Review of Books, will discuss how Maktoob uses translation to rid “Hebrew-language literature of its orientalist conceptions of both Arabs and Arab countries,” and “combat the segregation of Jews and Palestinians.” Register here. Sunday, 1:00 pm.

Join Rabbi David Markus and Shari Berkowitz  of Temple Beth-El of City Island: Your Shul By the Sea, present a weekly kabbalistic journey for seven weeks leading to Rosh Hashanah. Each week will be themed to the sefirot, with inner practices to support preparation for the High Holy Days. Register here. Sunday, 8:00 pm.

Photo, top: A detail from “Purim” by Marc Chagall is featured in the exhibition “Afterlives: Recovering the Lost Stories of Looted Art,” on view at the Jewish Museum Aug. 20, 2021 through Jan. 9, 2022. ((c) 2021 Artist Rights Society (ARS)/New York /ADAGP, Paris/Chagall)