The Jewish doctor who escaped the Nazis, became a medical pioneer and founded the Paralympics 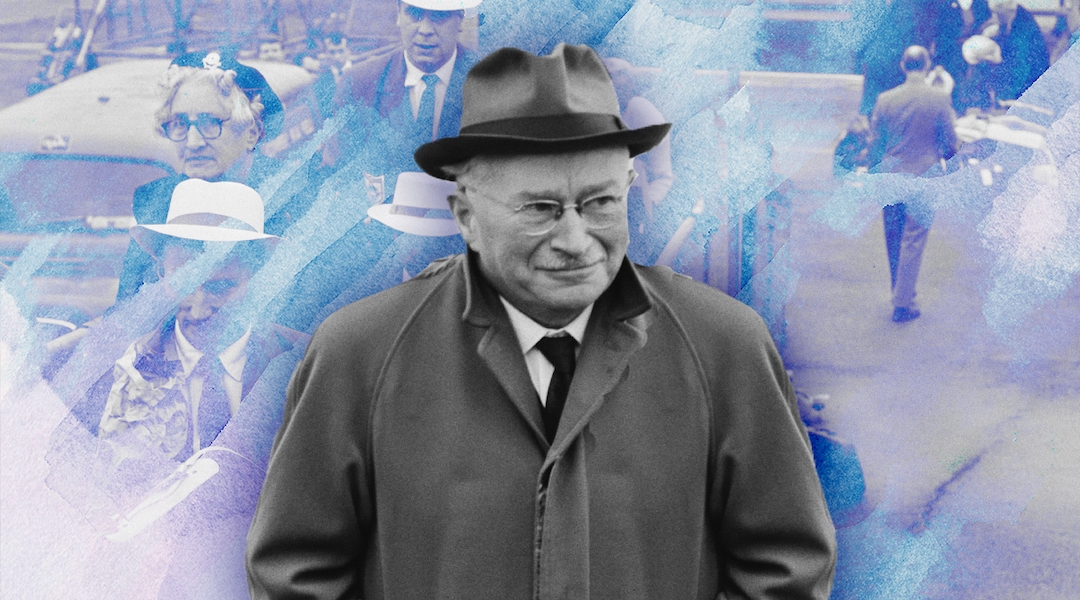 The 2020 Tokyo Paralympic Games open on Tuesday. Much like the Olympic Games in the Japanese capital, there are plenty of Jewish athletes to support, like emerging track and field star Ezra Frech and veteran swimmer Matt Levy.

But unlike the Olympic Games, the Paralympics have an inspiring Jewish origin story — thanks to its founder, Ludwig Guttmann.

Guttmann was born on July 3, 1899, in Tost, Germany (now Toszek, Poland), to a German-Jewish family. In 1917, while working as a volunteer at a hospital for coal miners, Guttmann encountered a patient with a spinal injury and paraplegia. At the time, paraplegia was effectively a death sentence; unfortunately this proved true for the young coal miner. However, the memory of this patient had a deep impact on Guttmann.

Just a year later, Guttmann began training in medicine at the University of Breslau before transferring to the University of Freiburg in 1919, where he graduated with his medical degree in 1924. At Freiburg, Guttmann became an active member of a Jewish fraternity that tried to stop the spread of antisemitism in universities. Eventually the fraternity also became a center for physical activity and fitness, so that “nobody needed to be ashamed of being a Jew.”

By the 1930s, Guttmann was working as a neurosurgeon at the Wenzel Hancke hospital in Breslau (now Wrocław, Poland), as a university lecturer and as an assistant to Otfrid Foerster, a pioneer of neurosurgery. Guttmann was on track to be the next big German neurologist — until the rise of the Nazis in his country. In 1935, Germany passed the Nuremberg Laws, which among its other antisemitic stipulations prohibited Jews from practicing medicine. Guttmann was expelled from his university appointment, fired from his hospital job and stripped of his doctor title. He was assigned to work at the Breslau Jewish Hospital.

Not long after came Kristallnacht.

“On the 9th of November I took my car and went to the synagogue,” Guttmann remembered later. “And there, the whole thing was surrounded by hundreds of people, burning, and SS men playing football with prayer books. I stood there and realized that my tears were running down. But I became quite determined to help persecuted people.”

That evening, 64 people came to the hospital seeking refuge from the pogrom and the Gestapo. Guttmann admitted them all. The next morning he was called down to the hospital by the SS.

“I went to the hospital and there were three SS officers sitting there,” Guttmann recounted. “‘Sixty-four people were admitted. How can you explain this?’ I discussed every case, and of course I invented all kinds of diagnoses, you see. Out of the 64 people, I saved 60.”

Despite his courage, Guttmann and his family were not safe in Germany. By 1939, avenues of escape were quickly closing, but Guttmann was given a rare opportunity: The Nazis reinstated his passport and ordered him to travel to Portugal to treat a friend of the Portuguese dictator. With his family in tow, Guttmann traveled there, with his return trip to Germany scheduled through England. The Council for Assisting Refugee Academics anticipated his arrival and arranged for Guttmann and his family to stay in the United Kingdom. On March 14, 1939, the family arrived in Oxford, and in 1945 Guttmann became a naturalized citizen of the UK.

In England, Dr. Guttmann was able to continue his spinal injury research at the Radcliffe Infirmary, and later was asked to establish and direct the Spinal Injuries Centre at the Stoke Mandeville Hospital. Not only was the center revolutionary as the first specialist unit in the United Kingdom for spinal injuries, but it’s also where Guttmann pioneered treatment and rehabilitation for tetraplegic and paraplegic patients. At the time, the mortality rate of paralyzed patients was still incredibly high due to infections caused by bed sores.

Guttmann’s answer to this was simple yet determined care: Every two hours patients were turned on their sides to prevent bed sores. Through this treatment, which Guttmann often administered himself, patients with paraplegia lived.

The next step was creating rehabilitation programs that would allow paraplegic patients to build their self-esteem. Guttmann had an idea for this, too.

“It occurred to me that it would have been a serious omission not to include sport in the rehabilitation of handicapped people,” he said. “That was probably one of the best thoughts I have ever had as a medical man.”

On July 29, 1948, the first Stoke Mandeville Games began on the same day as the opening for the London Summer Olympics. The games consisted of disabled war veterans, all of whom were in wheelchairs, competing in archery. The event was held annually and, in 1952, a team of paraplegic Dutch servicemen traveled to England to compete in the first international Stoke Mandeville Games.

In 1960, for the first time, the International Stoke Mandeville Games were held in Rome, Italy, alongside the Olympic Games. These games are now recognized as the first Paralympic Games. (The term “Paralympics” refers to the fact that they are parallel to the Olympics and was retroactively recognized by the International Olympic Committee in 1984.) The Rome event featured 400 athletes, representing 23 countries, with an array of disabilities. After 1960, the Paralympics were held every four years. The first Winter Games were in 1976.

The incredible growth of the Paralympic Games over such a short period of time was not without challenges, however. In 1968, the Olympic host city, Mexico City, backed out of hosting the Paralympic Games. A determined Guttmann accepted an invitation from the Israeli government to hold them in Ramat Gan, near Tel Aviv. On Nov. 4 of that year, a crowd of nearly 10,000 watched the opening ceremonies at the stadium of Hebrew University in Jerusalem.

The Paralympics had to change venues again in 1980 when the Soviet Union refused to host them alongside the Moscow Olympics. Notably, when questioned about the refusal, a Soviet official told a journalist that there were no disabled people in the entire Soviet Union. So the Paralympics were held that year in Arnhem, Netherlands. Since the 1988 Summer Games in Seoul and the 1992 Winter Games in Albertville, France, the Paralympics and the Olympics have been held in the same cities and venues.

In addition to his work at Stoke Mandeville and with the Paralympic Games, Guttmann founded the International Medical Society of Paraplegia (now the International Spinal Cord Society), serving as its president until 1970, and the British Sports Association for the Disabled (now the English Federation of Disability Sport). He also was a longstanding member of the Association for Jewish Refugees.

For all he accomplished in the field of neurology and for the disabled community, Guttmann was appointed Commander of the Order of the British Empire and knighted by Queen Elizabeth II in 1966.

Guttmann died on March 18, 1980, but his legacy lives on. His work surpassed the Nazi eugenics that tried to eradicate him along with the Jewish and disabled communities.

The Tokyo Paralympic Games will be held Aug. 24-Sept. 5. Read about the Jewish athletes to watch here.