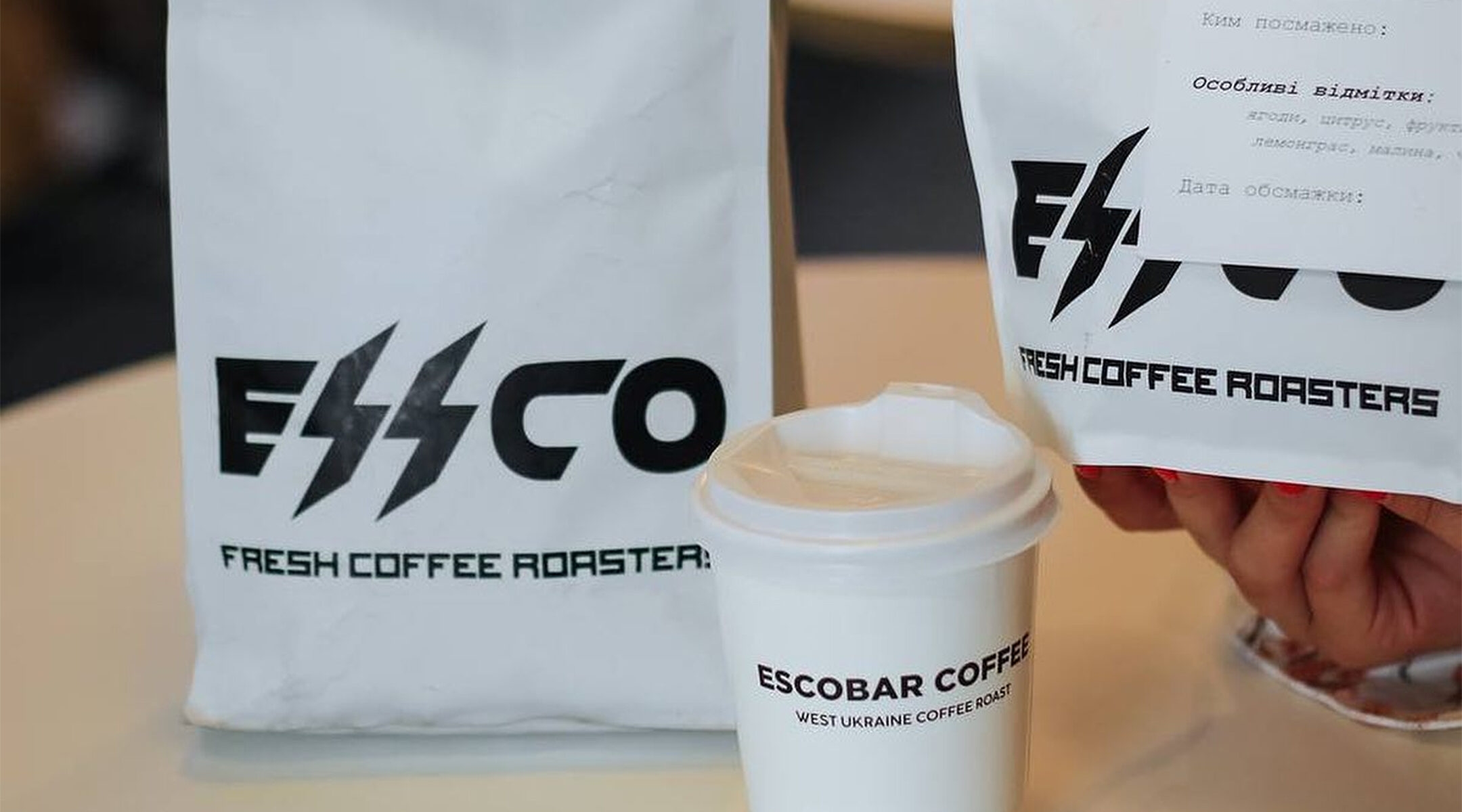 (JTA) — The owners of a Ukrainian cafe housed in a former synagogue said they worked two lightning bolts into the logo to advertise the reenergizing qualities of the coffee there.

Instead they waded into a political minefield because they ended up reproducing the symbol of the SS, Nazi Germany’s murderous elite force.

On Tuesday, the owners said the whole thing “is a case of a font gone wrong” and apologized to “anyone whose feelings may have been hurt.” It was a trial that was never fully implemented, they said, and will drop the logo.

Cafe Escobar in Chervnitsi, near Lviv, introduced the logo on July 25 in a video that showed a filter holder emblazoned with the letters “Essco,” in which the S’s closely resemble the SS logo also designed to evoke two lightning bolts.

The SS symbol is offensive to many throughout Europe, but especially in Ukraine. During World War II, local men from the country’s west were drafted into an SS unit, the 14th Waffen Grenadier Division, also known as the 1st Galician.

Reviled by some for the many murders perpetrated by its troops, the soldiers of the 1st Galician are also celebrated as heroes in Ukraine today, principally for fighting the Soviet Union. Ukraine’s ongoing conflict with Russia, which began in 2014, has mainstreamed the glorification of the 1st Galician and other Nazi collaborators while also launching a polarizing debate in society.

Eduard Dolinsky, the director of the Ukrainian Jewish Committee, has been spearheading efforts to delegitimize Nazi imagery and homage to collaborators in Ukraine, and on Monday he posted Cafe Escobar’s promotional material on his Facebook page. The picture featured an attractive young woman studying a menu emblazoned with the logo.

“A coffeeshop with the symbols of the Nazi SS is located in Chernivtsi on Synagogue St. 31,” Dolinsky wrote in typical understatement on his page, which has more than 23,000 followers.

Those followers reacted less reservedly, accusing the owners of fascist sympathies and referring to the pictures as evidence of moral degeneration.

Cafe Escobar declined a request for comment by the Jewish Telegraphic Agency.

The cafe has preserved some of the Hebrew text on the walls from when it was the Great Synagogue of Chervnitsi, an eclectic building from 1853 combining baroque and Classicist elements. Its promotional material has featured the Hebrew-language writings.

In its post Tuesday, the cafe said the logo situation was a big misunderstanding.

“In fact, this is a case of a font gone wrong. It was a trial,” the owners said in the Facebook post. “In our imagination, we saw two lightning bolts as a symbol for energy, but the font was chosen unsuccessfully.”

The logo and font, they said, have “nothing to do with SS. ”

“We didn’t make any Nazi references, we assure you! And sorry if this caused negative emotions. We apologize to anyone whose feelings may have been hurt.”