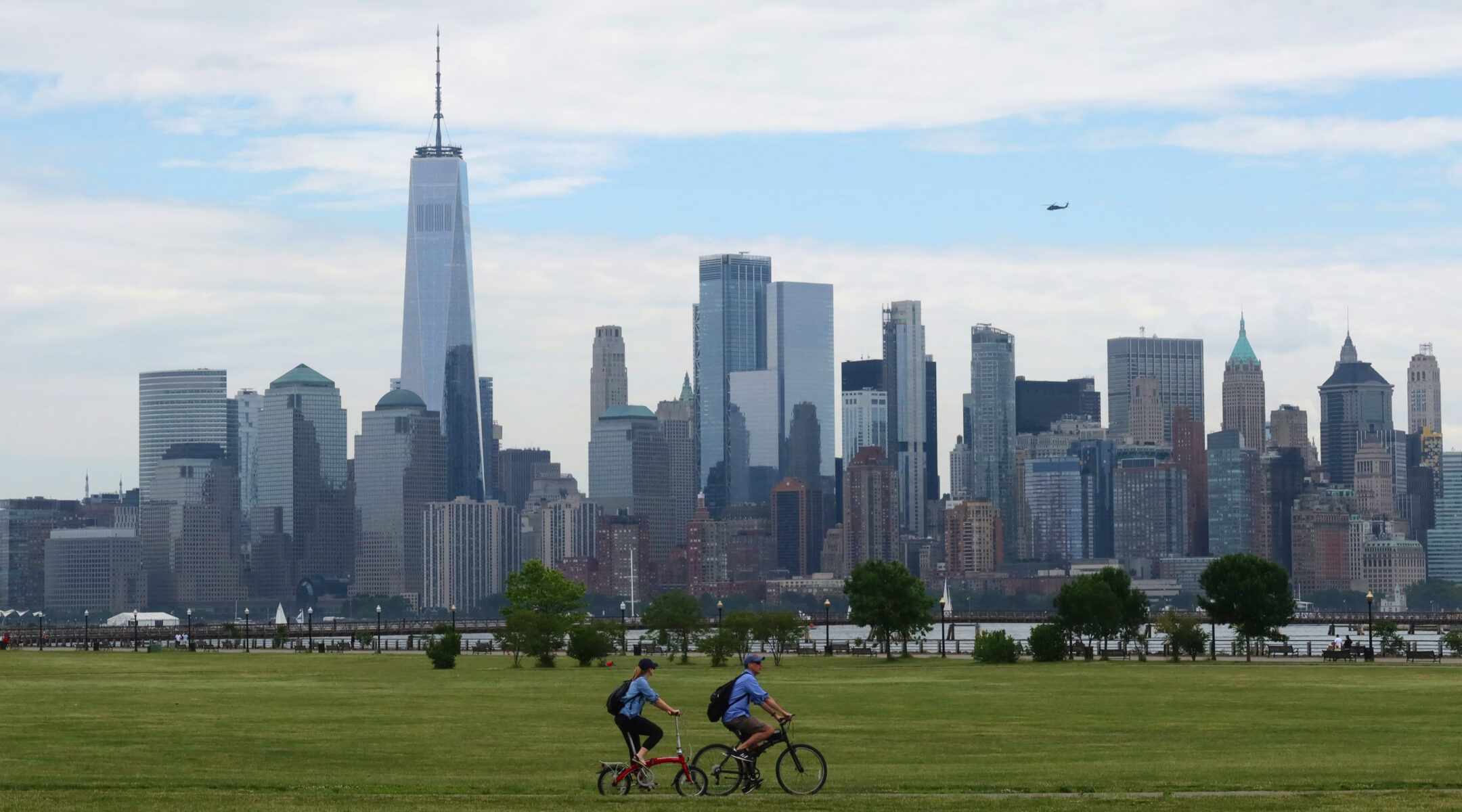 The view of Manhattan from Liberty State Park in Jersey City, New Jersey, in June. The son of the park's founder says his Jewish values drive him to safeguard the family's legacy. (Gary Hershorn/Getty Images)
Advertisement

Shabbat shalom, New York! Want a printable digest of this week’s best stories to read offline? Download this week’s here and sign up to get The Jewish Week/end in your inbox every Friday.

REBOOT Eisenberg’s, a Jewish deli that closed in March after 92 years, will reopen as a project of Brooklyn’s Court Street Grocers, whose co-owner comes from a long line of Eisenberg’s diners. (Grub Street)

SCHWARTZ FALL Larry Schwartz, a Jewish MTA board member and ally to ex-Gov. Andrew Cuomo, says he’ll step down only if Gov. Kathy Hochul asks him to. (New York Post)

KISS OFF The metal band KISS has canceled its tour after Paul Stanley, aka Stanley Eisen from the Bronx and Queens, tested positive for COVID-19. (Hollywood Reporter)

SHABBAT SHALOM In this week’s Torah portion, Ki Tavo, Moses tells the Israelites to bring a harvest offering, saying there will be benefits if they do and consequences if they do not.

“Ki Tavo then reminds us in broad relief of the mindset needed to succeed amid the challenges of life and its vicissitudes,” writes Rabbi Lawrence Zierler. “We are very much the architects of our destiny — but only if and when we understand how the past influences and teaches us so much about the present.”

WHAT’S ON THIS WEEKEND The first service of the High Holiday season, Selichot, takes place on Saturday night. Many city synagogue are streaming services; some are holding them in person, too. In addition, the Conservative/Masorti movement is presenting an online night of learning that draws on its rabbis around the world. Find the details here.

Photo, at top: The view of Manhattan from Liberty State Park in Jersey City, New Jersey, in June. The son of the park’s founder says his Jewish values drive him to safeguard the family’s legacy. (Gary Hershorn/Getty Images)