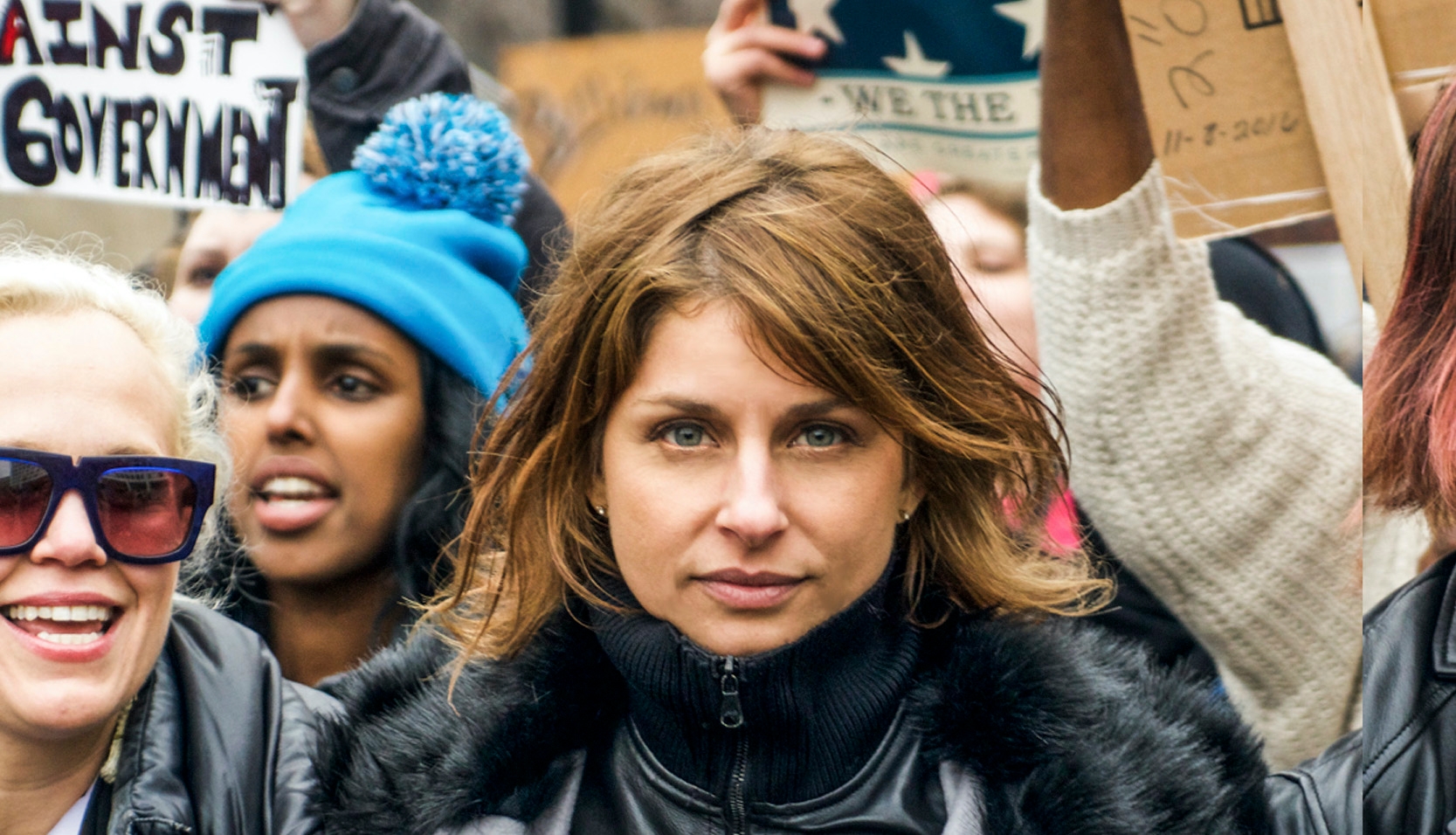 Vanessa Wruble is one of the organizers behind an August 2021 march for voting rights. (Mark Hartman)
Advertisement

(JTA) — Vanessa Wruble’s progressive activism burst into public consciousness in late 2018 when she withdrew from the Women’s March, the progressive organization founded in the wake of Donald Trump’s election, citing antisemitism she said she experienced within the group’s leadership.

Since then, Wruble, who is Jewish, has continued to organize progressives through a separate group, March On. This weekend, March On will draw people concerned about Republican-led efforts to limit voting access to rallies in Washington, D.C., Atlanta and dozens of other communities across the country, as well as online.

The Union for Reform Judaism, the National Council of Jewish Women and the Anti-Defamation League are among the many organizations supporting the march, and Randi Weingarten, the American Federation of Teachers president who is married to a rabbi and says Jewish values animate her activism, is speaking in Washington. Organizers said late Friday that Rabbi Jonah Pesner, who heads the Reform movement’s Religious Action Center, would speak on the main stage Saturday afternoon, as well.

The rally, which kicks off a push to register 2 million voters in advance of the 2022 midterm elections, is timed to the 58th anniversary of the March on Washington when Rev. Martin Luther King, Jr. gave his famous “I Have a Dream” speech, galvanizing the civil rights movement. Wruble said the voting rights push is an extension of that movement, which included substantial Jewish participation.

“This is our struggle. This is the most important thing we can fight for right now,” Wruble told the Jewish Telegraphic Agency. “And this march is very welcoming to all people, including the Jewish community.”

We spoke with Wruble about her experience planning this march, why she believes voting rights is a Jewish issue and what she would tell Jews who are concerned about antisemitism in progressive spaces. This interview has been edited for length and clarity.

JTA: Why is this issue worth convening people for at this time? What should people expect to see? And what effect do you hope the march has?

Wruble: This is really the fight. Without voting rights, it sends us back in time. Nothing that we want as progressive people who are focused on equity and justice and keeping our world alive given climate change — we can’t do anything about it, without having our voting rights.

We have four flagship marches. The biggest ones will be in Atlanta in Washington D.C., and in addition to that we have 85 smaller events around the country, in 38 states. And we have a lot of virtual events going on for those people who don’t want to go out in the midst of the pandemic.

People are outraged and they need a catalyst for that energy and that’s what we’ve created about what’s happening in terms of voter suppression.

From here, we can put pressure on Congress to pass federal voting rights laws. In addition, we can really get ourselves heard about D.C. statehood — that’s 750,000 people who do not have a voice. It is also my hometown so it is very personal for me. And we need to start organizing for 2022. We need to get people out to vote. That’s the only way that we have representative government, which is hugely important.

Why do you think Jews specifically should be paying attention to this issue and be part of this movement?

The Jewish people, though we’re not a monolith, have been part of the civil rights struggle from the beginning. This struggle is our struggle. We were there with Dr. King, we were there in Selma, we were there in the Freedom Summer, and we’re still there today. Our freedom and equity is tied up in everyone else’s. For me personally, there’s no division.

Our readers learned about you in 2018 when you left the Women’s March over antisemitism. How would you compare this experience? And what would you say to Jews who cite that as a reason to feel nervous about participating in progressive activism?

I do think antisemitism is a problem. I think it’s growing. I think it’s mostly growing on the extreme right, and in some places like New York or D.C. where I grew up, we don’t feel it. But someone said to me, try being a Jew in the South. I think that’s terrifying. I also know that on the progressive left — on the deep, deep left — sometimes Judaism is equated with support for the Israeli state and for the settlements, and I think that conflating those two is incorrect and damaging.

I think I would remind [Jews who have concerns about antisemitism in progressive spaces] that this struggle is our struggle and the progressive movement is wide and deep. And so if there are issues in small circles, there aren’t going to be issues in other places. Just look at what we’re doing this weekend. Martin Luther King III and his wife Andrea — I will be introducing Andrea King — they’re deeply supportive of Jews and other people coming together in this fight. Reverend Al Sharpton is deeply supportive. So if there are some fringe elements here and there, it’s best to just ignore it and join the rest of us.