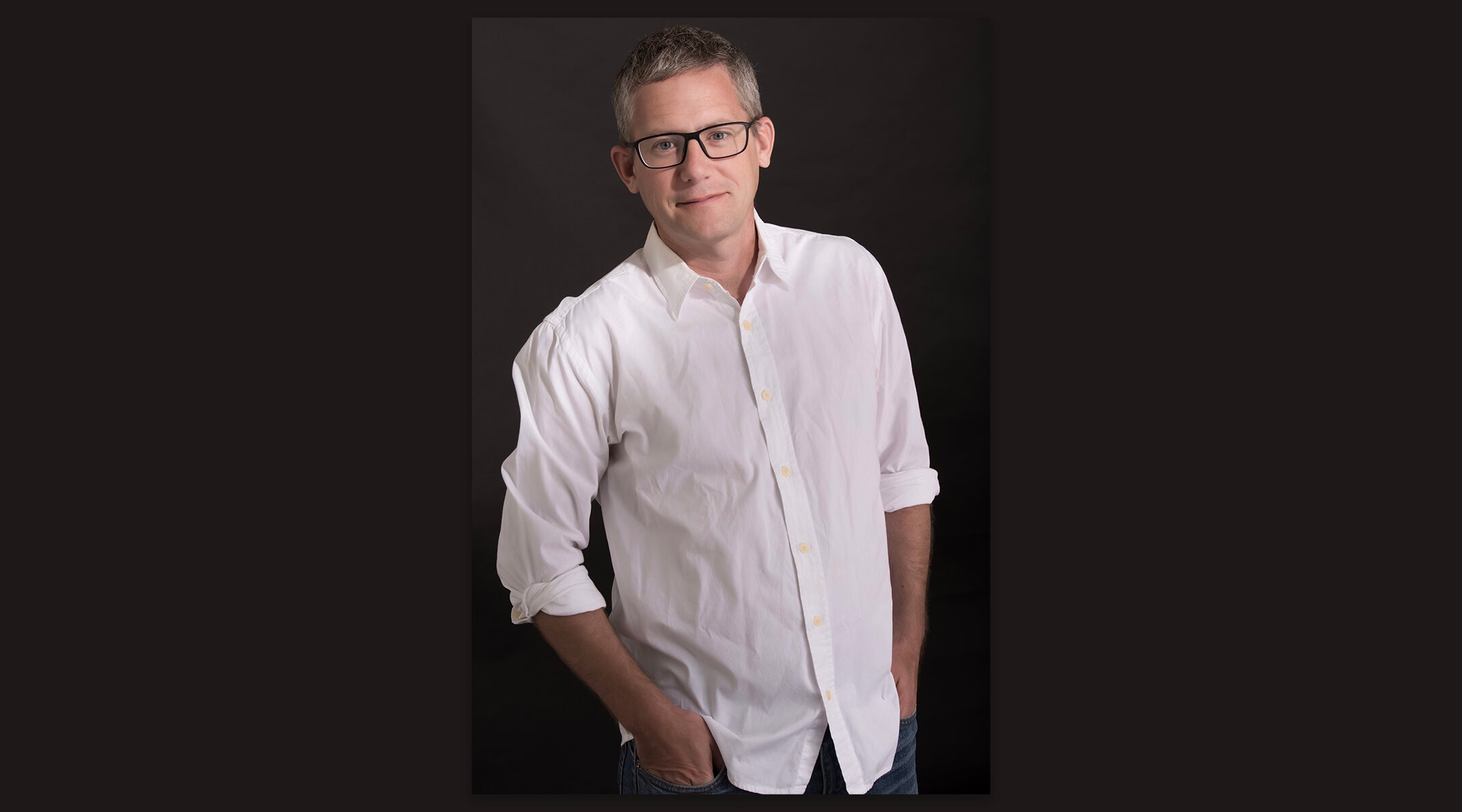 Joshua Mitnick covered the Israeli-Palestinian story for over two decades for publications such as The Wall Street Journal and the New York Jewish Week. (Courtesy of Lesley Benedikt)
Advertisement

TEL AVIV (JTA) — On a blistering summer day a few years ago, journalist Joshua Mitnick and his Palestinian translator, Nuha Musleh, were out reporting a story about an East Jerusalem village. The Palestinian residents were protesting the Israeli security barrier that was being built there, cutting them off from the rest of the city.

The two marched for several kilometers alongside the villagers. Musleh, refraining from both food and water because it was the Muslim holy month of Ramadan, urged Mitnick to drink water, but he demurred, saying, “No, you are fasting and we are working together so I’ll do the same as you.”

Mitnick, a journalist who covered the Israeli-Palestinian story for over two decades with the deep insight, knowledge and empathy of someone who knew and lived its intricacies, died Saturday in Tel Aviv. He was 50.

The cause was a rare and aggressive form of lymphoma.

What set Josh apart, according to colleagues and friends (including this writer) was his kind, unassuming nature — he was there to listen, to understand what was happening on the ground and then translate it to the outside world, not to bolster his own ego or be abrasive.

He also had a keen eye not just for reporting but for analysis, rooted in his thoughtful study of the societies covered.

Mitnick grew up in Highland Park, New Jersey, and developed his journalism skills as managing editor of The Michigan Daily when he was a student at the University of Michigan. He moved to Israel in 1997.

Mitnick began his journalism career in Israel writing for Bloomberg News, covering financial stories. But itching to tell the broader political story, he became a correspondent for a series of top-tier American publications including The Christian Science Monitor, The Wall Street Journal, The Los Angeles Times and Foreign Policy.

For many years he also wrote for The New York Jewish Week.

“Chronicling the unfolding history of a region with so many conflicting passions and challenges, Josh wrote with a depth of understanding and compassion that highlighted the humanity of his subjects,” said Amelia Newcomb, managing editor of The Christian Science Monitor. “In so doing he furthered the ecumenical goal of the Monitor, which at its core is one of tikkun olam, repairing the world. We are so grateful for Joshua Mitnick’s work, and for him.”

“Josh was the nicest journalist I know,” said Yossi Klein Halevi, the American-born Israeli author and journalist. “It’s true that the competition isn’t stiff. We are not known as a nice profession. We are a good profession, but not nice.”

Mitnick sought quotes from Halevi, a fellow at the Shalom Hartman Institute in Jerusalem, on Israeli elections, religious pluralism and the rise of the nationalist right.

“Josh was both good and gracious and considerate and when he would ask a question it would be in an almost diffident matter, as if he was reluctant to intrude on your  time,” said Halevi. “But the paradox of Josh is after I had given him the quote, he wanted to keep talking. Josh wanted the context. Josh wanted to understand what brought me to that opinion and so it was more a learning experience for him than just an interview.”

Daniel Estrin, NPR’s Jerusalem correspondent, considers himself a student of Josh’s work, which ranged from stories on the politics of Israeli soccer and Palestinian power struggles to the battle for Israeli democracy and the lives of haredi Orthodox Jews.

“Josh set the gold standard in crisp writing, sharp analysis, and the grit and humor it takes to stick out our vocation, and passion. His insightful work made me a jealous admirer,” said Estrin. “I was privileged in recent months to fully appreciate the example he and his family have set in living meaningful and caring lives here, with all of its complexities. Josh saw the real Israel, the real Palestine, and pursued it as a story worth telling deeply. I hope to carry the Josh Mitnick method with me in my own work.” 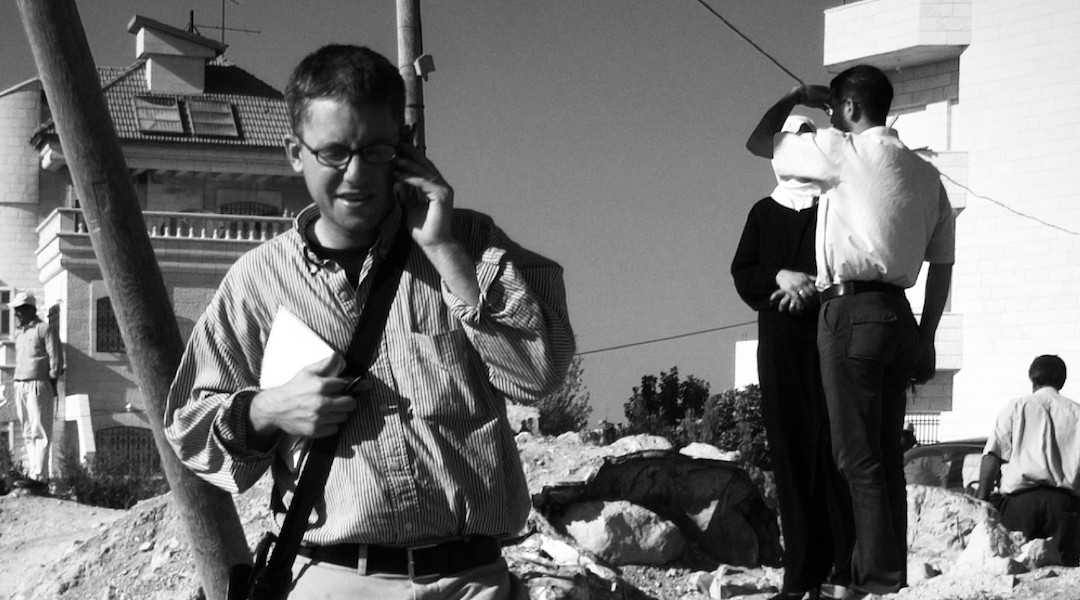 One of the people Mitnick worked with most closely over the years was Musleh, a Palestinian “fixer” who helped arrange interviews and translate for him during his many reporting trips in the West Bank.

Musleh says she was always struck by Mitnick’s empathy to those he interviewed, from grieving families to those who had just lost their homes to a house demolition.

“It was very easy for me to bring him to any setting because I know he’s a man of  values,” she said.

Musleh described their relationship as one where they both taught and mentored one another on the inner workings of their respective societies.

“He was also my guide inside Israel. He was my eyes and ears if I ever needed any help in Jaffa or Tel Aviv,” said Musleh.

Their professional relationship became a friendship. Mitnick would sometimes bring his wife Lesley Benedikt and their three children for festive meals at Musleh’s home. She was taken by how he encouraged his children to learn about Muslim and Arab tradition and culture.

Mitnick’s interests were vast, but he cultivated a special love for good food. He would often end a day of reporting in the West Bank in search of his favorite masabacha — hummus with tahini, lemon, olive oil and garlic.

He loved music — especially jazz and hip-hop — and he had a special expertise in Israeli music. Often, talk of politics would turn to shared love of music with the experts he was interviewing for an analysis piece.

Mitnick’s love of the land is evident in a scroll through his Instagram feed, a visual TripTik of the region that ranged from views of the Sea of Galilee to the starting line in Bethlehem of the first marathon in the West Bank.

Weekends were for exploring with his family and friends, often on hikes in Israel’s verdant northern forests.

Mitnick was buried Sunday in the hills of Tivon, a town in the foothills of the Lower Galilee. It’s the place where he first fell in love with Israel as a recent college graduate.

Mitnick is survived by Benedikt and their three children, Tal, Maayan and Eli; his parents Joan and Stuart Mitnick; and sisters Carrie Mitnick  and Julie Leber. He is also survived by his grandmother, Florence Thaler.

His wife Lesley paid tribute to him saying, “Life with you has always been romantic, curious, inspired and inspiring, and down to the basics.  From the minute I began to love you, all we had to do was open the windows and put on some tunes, and all was good: A winter beach day, our millionth Tel Aviv sunset, the smells and sounds of every new and old place we went, those were our blue skies. Hosting friends, family at our apartment, parties in the old days, dinners and brunches more recently, biking around town, taking the kids to the neighborhood park, appreciating the quiet of Friday afternoon/evening in Tel Aviv, making the best of friends together, those were our sunny days.”