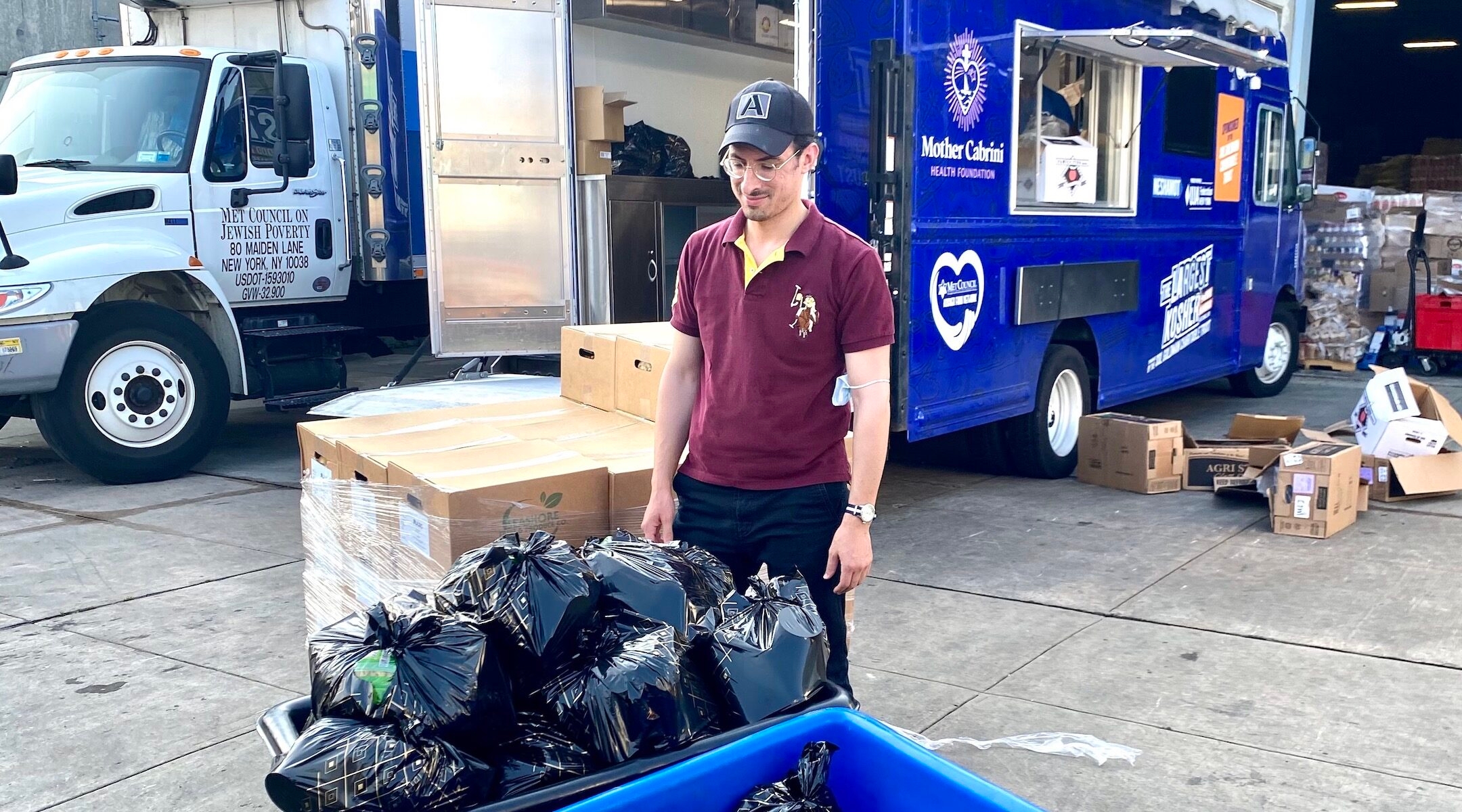 The Jewish Community Council of Marine Park in Brooklyn partnered with the Metropolitan Council on Jewish Poverty to pack and distribute food orders for families in need, Aug. 26, 2021. Families were given five boxes of food each ahead of the High Holidays, which start next week. (JCCMP)
Advertisement

Good Tuesday morning! Join us today at 11:30 a.m. as Israeli novelist David Grossman discusses his latest novel, “More Than I Love My Life” — a tender tale of three generations of women bound together by love, blood and secrets — with journalist and long-time Jewish Week arts maven Sandee Brawarsky. It’s Grossman’s first appearance in the United States in connection with his new novel, brought to you by 70 Faces Media, the Temple Emanu-El Streicker Center and UJA-Federation of N.Y.

REMEMBERING Joshua Mitnick, who died Saturday at age 50, combined keen insight and deep compassion as an Israel correspondent for The Jewish Week, the Wall Street Journal and other publications. Dina Kraft celebrates our late colleague and friend. (Jewish Week)

JUSTICE DELAYED At least 150 child sex abuse lawsuits were filed against Jewish institutions in New York over the past two years under the “look-back law” that lifted the statute of limitations barring old claims. (Jewish Telegraphic Agency)

TORAH THEFT Nine Torahs ransacked in a burglary of Chabad of the Beaches in Long Beach last week were returned to the synagogue’s ark in a ceremony Monday night. Two Torah remain missing. (Newsday)

REAL ESTATE NEWS Parkside Memorial Chapel in Rego Park, Queens will become a 51-unit mixed-use residential project, according to the new owner of the site. The Jewish funeral home still has locations in Midwood, Brooklyn, and Forest Hills, Queens. (Crain’s)

AROUND THE WORLD WITH JTA

A Delta Airlines pilot who flew hundreds of Afghan refugees from Germany to the United States said his father was a Holocaust survivor who immigrated to the U.S. in similar fashion.

Read about a formerly incarcerated Jewish man who has found redemption through Paws for Life, a Los Angeles-based nonprofit that gives incarcerated men the chance to train rescued shelter dogs.

Chef Jake Cohen, author of “Jew-ish: Reinvented Recipes from a Modern Mensch,” shares his recipe for Apples and Honey-Baked Brie. He and Rabbi Samantha Frank will chat about blending ancient traditions with modern times, and the value in gathering around the table to share food, to connect and to create new memories with those we love. Register for this 92Y event here. 7:00 p.m.

Photo, top: The Jewish Community Council of Marine Park in Brooklyn partnered with the Metropolitan Council on Jewish Poverty to pack and distribute food orders for families in need, Aug. 26, 2021. Families were given five boxes of food each ahead of the High Holidays, which start next week. (JCCMP)