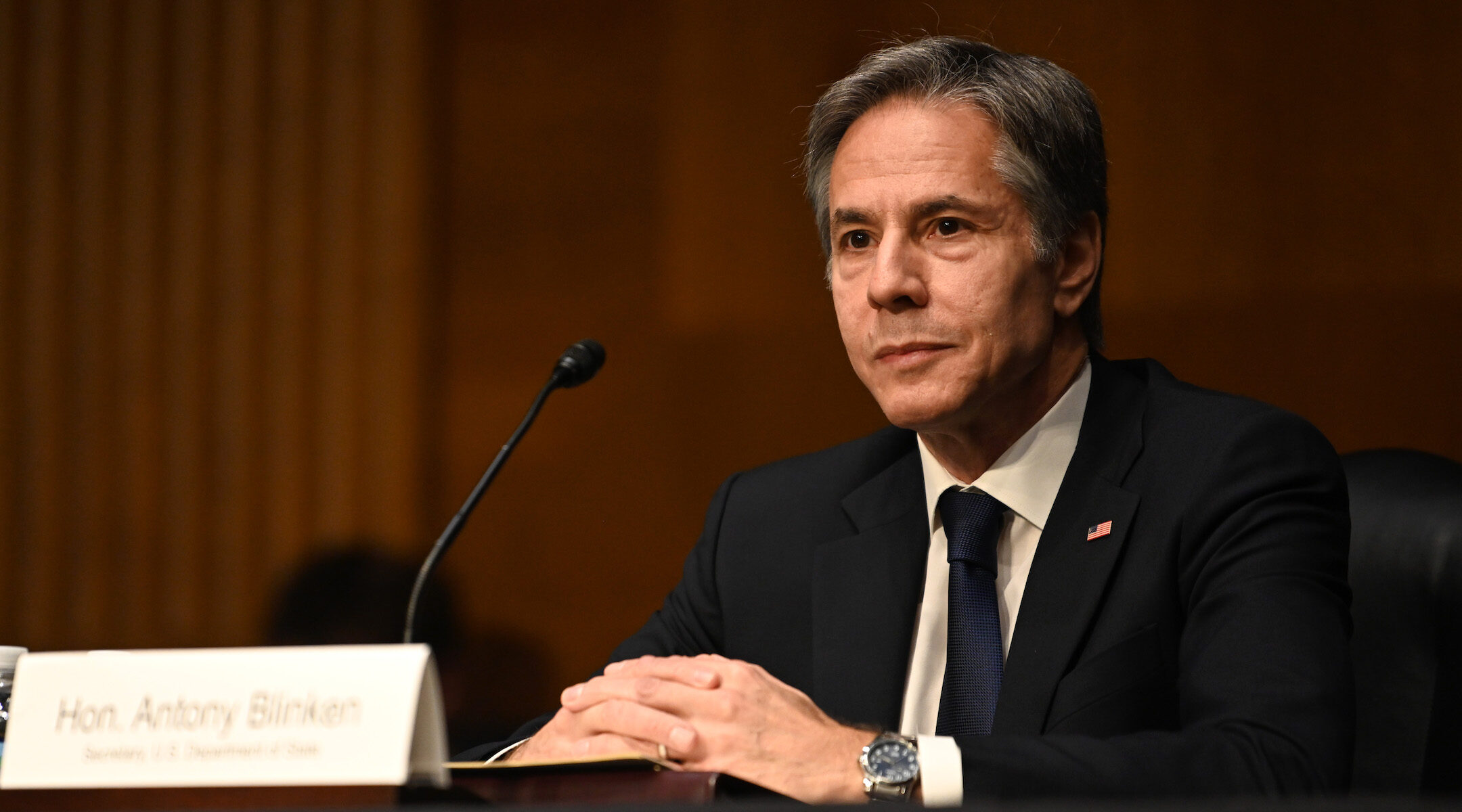 (JTA) — Six months after his internet posts attacking Jews came to light, a U.S. Foreign Service officer remains employed by the State Department while at least 70 of his co-workers sent a letter to Secretary of State Antony Blinken demanding his dismissal.

The letter, sent July 28, argues that Fritz Berggren is a threat to Jewish employees at the State Department, and has violated department rules and ethical standards, Foreign Policy reported after obtaining a copy.

“Not only is his propagation of antisemitic ideas highly disturbing and offensive to Jewish and non-Jewish employees alike, but as Jewish employees, we feel his presence at the Department is threatening,” the letter reads, according to Foreign Policy.

For years, Berggren has maintained a website featuring screeds against Jews and the LGBTQ community, and promoting white Christian supremacy.

“Jesus Christ came to save the whole world from the Jews — the founders of the original Anti-Christ religion, they who are the seed of the Serpent, that brood of vipers,” Berggren wrote in an Oct. 4, 2020, post on his website titled “Jews are Not God’s Chosen People. Judeo-Christian is Anti-Christ.”

Foreign Policy reported that Blinken, who is Jewish, responded to the letter on Aug. 9.

“I want to assure you that the Department treats reports of alleged misconduct with the utmost seriousness,” he wrote in the letter, adding that he could not comment on specifics for “privacy reasons.”

The letter to Blinken was sent two days after a carving of a swastika was found in an elevator at the State Department’s headquarters in Washington, D.C., on July 26. That incident led Blinken and other top U.S. officials to issue condemnations of antisemitism.

“While there is no evidence that Berggren is behind the swastika carved into the Department elevator, his continued employment with seemingly no consequences sends a message of impunity that has undoubtedly contributed to the atmosphere in which someone would dare to do such a thing,” the letter reads.

The letter also noted that Berggren appeared to have violated State Department rules when he displayed his government affiliation in a July 3 post.

“I am heartened to know that I have Jewish readers — I truly hope that they, like Saul, come to know Jesus Christ as literally the Son of God,” he wrote. “Saul, renamed Paul, converted and began preaching the message: Jesus is the Son of God!”

He added, “If even one Jew or Gentile is converted then it is well worth the trouble.”

Foreign Policy reported that Blinken’s response to concerns about Berggren has been met with anger and frustration by some and understanding by others, who concede that Blinken has limited power to control the speech of his employee.