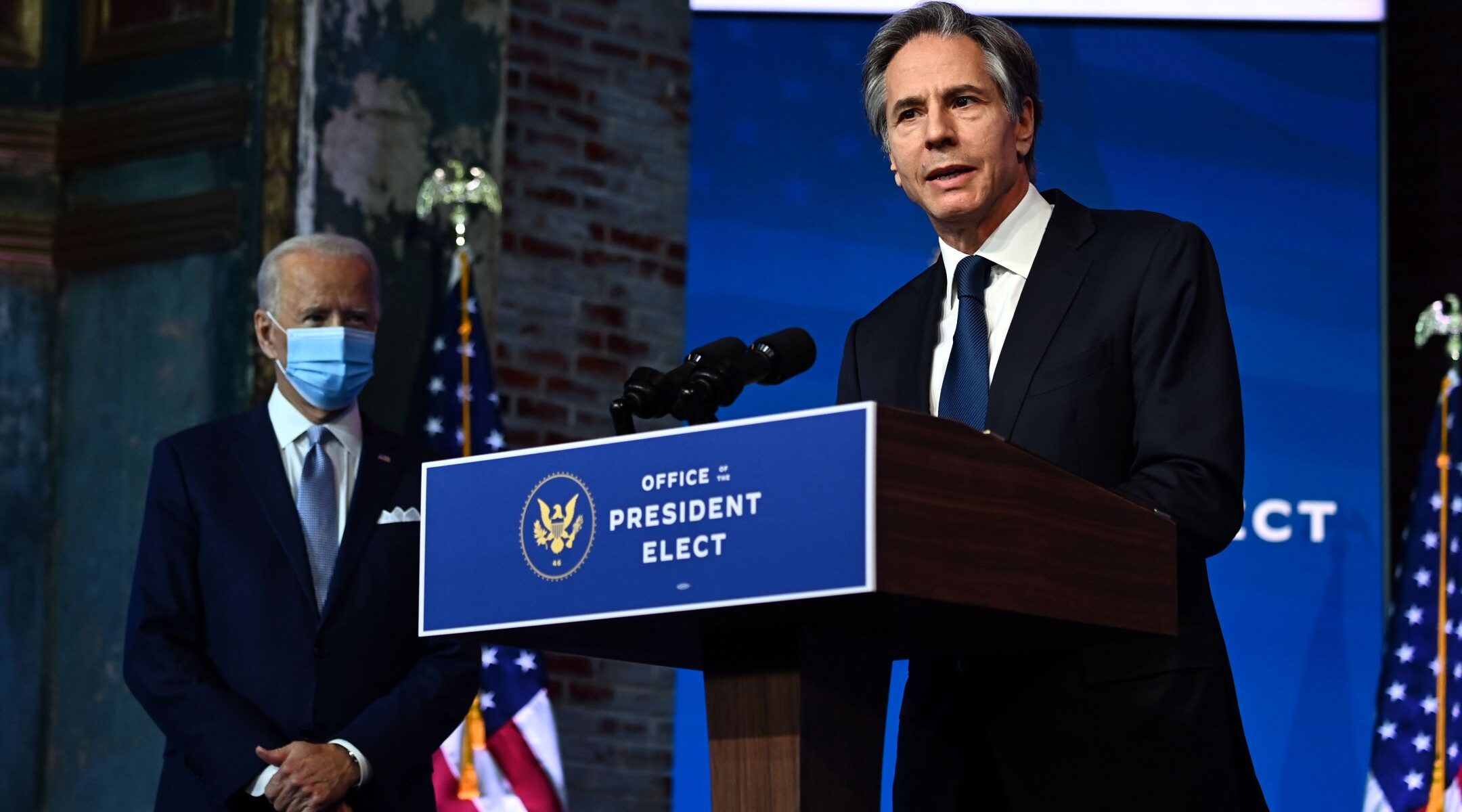 (JTA) — President Joe Biden and Secretary of State Antony Blinken are among the top U.S. officials to make statements condemning antisemitism after a swastika was found in a federal office building on Tuesday.

The swastika appeared in an elevator in the State Department building in Washington, D.C., according to a report first published in Axios.

Blinken, whose stepfather survived the Holocaust, condemned the graffiti in a series of three tweets Tuesday evening:

Hate has no place at the @StateDept. The hateful graffiti has been removed and this incident will be investigated. As this painfully reminds us, anti-Semitism isn’t a relic of the past. We must be relentless in standing up and rejecting anti-Semitism.

We also know from our own history and from the histories of others that anti-Semitism often goes hand in hand with racism, sexism, homophobia, xenophobia, and other hatreds. None of these ideologies should have a home in our workplace or our nation.

To our Jewish colleagues: please know how grateful we are for your service and how proud we are to be your colleagues. And that goes for our entire diverse, dedicated team in Washington and around the world. It’s an honor to serve alongside you on behalf of the American people.

Biden echoed those comments in a tweet Tuesday night when he shared a CNN story about the swastika.

Let me be clear: Anti-Semitism has no place in the State Department, in my Administration, or anywhere in the world. It’s up to all of us to give hate no safe harbor and stand up to bigotry wherever we find it. https://t.co/RCkwArRjL2

The swastika appeared in the government building on the first day of hearings by the House of Representatives panel investigating the Jan. 6 Capitol insurrection.

It also comes as the Biden administration says it is weeks away from naming an antisemitism monitor who would be responsible for reporting on antisemitism overseas and pressing foreign governments to adopt measures to mitigate antisemitism.