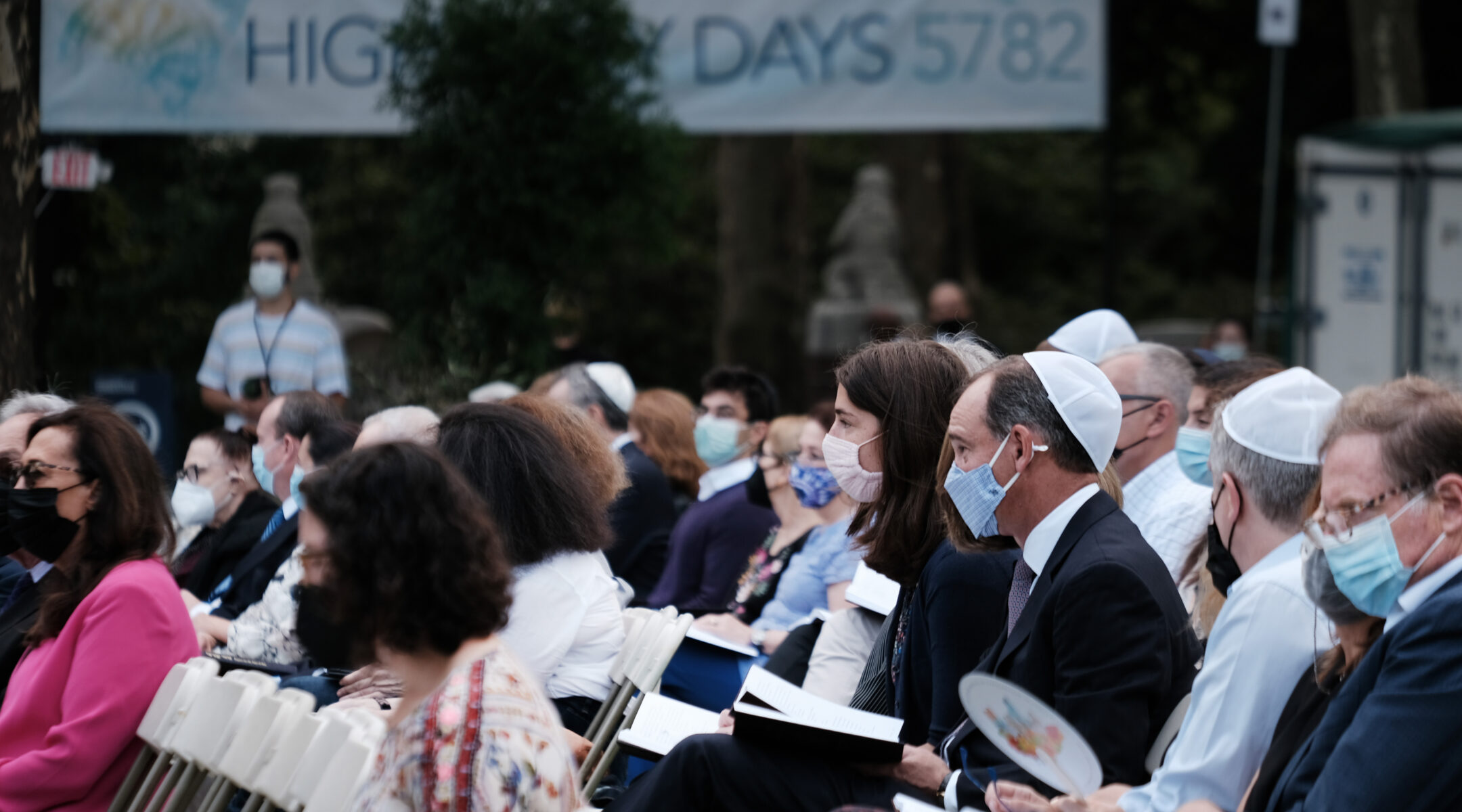 Shabbat shalom, New York! Rabbi Jesse Olitzky of South Orange, New Jersey shocked your Jewish Week/Daily correspondent by suggesting that instead of cream cheese, we spread white fish on a bagel, and layer our lox on top of that! How did you break your fast? Let us know: editor@jewishweek.org.

OMAR AND ME: In 2019, actor Michael K. Williams, who played Omar on “The Wire,” brought his prison documentary “Raised in the System” to the Hillel house at NYU. In a Jewish Week essay, Rabbi Joe Wolfson remembers the heart and humanity of the late actor, “who used his story, fame and innate brilliance to help others.”

AN ABRAHAMIC ACCORD: Rep. Grace Meng (D-Queens) initiated a congressional letter urging the federal government to make kosher and halal meat available to observant Jews and Muslims through an emergency food program. (JTA)

HEALTH FIRST: A Brooklyn activist and Orthodox Jew planned an alternative Yom Kippur ceremony for people like her who have struggled with their eating disorders on the fast day. (JTA)

HATE CRIME: The NYPD is looking for a suspect who spat on a Jewish man and threatened to kill him Thursday in Crown Heights. (New York Post)

THE GIVING TREATISE: The Torah portion Ha’azinu is read just before Sukkot, a holiday highlighting the importance of giving and expressing gratitude. “The true purpose of existence is to live this life of generosity,” writes Dr. Alisa Braun.