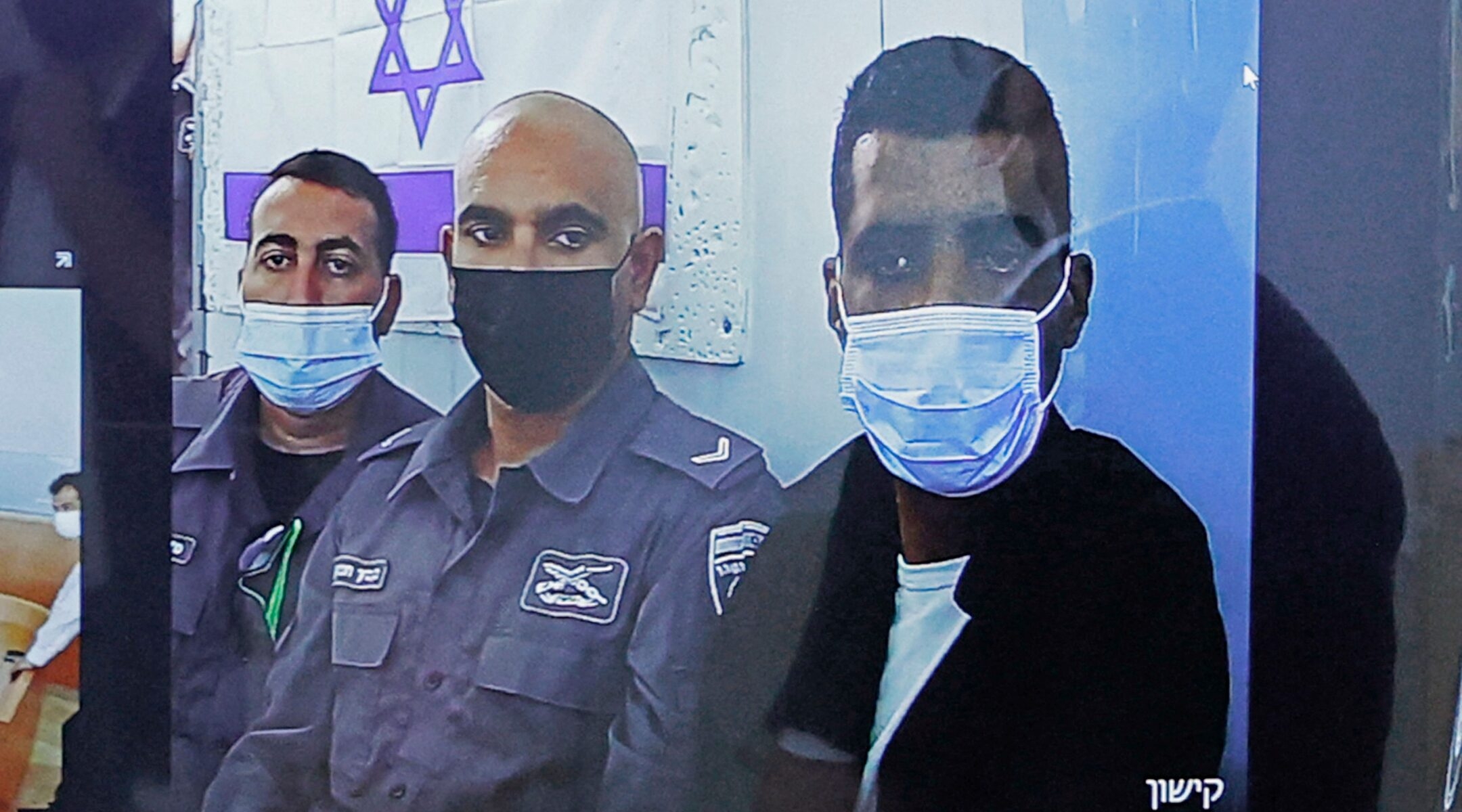 (JTA) — Israel captured the remaining two Palestinian prisoners of the six who riveted the country with their escape from a maximum facility two weeks ago.

Israeli police and army troops surrounded a building in Jenin in the West Bank on Saturday night. The two remaining prisoners emerged and surrendered.

They were Iham Kamamji, 35, who was convicted in the 2006 murder of Eliyahu Asheri, an Israeli 18-year-old who had asked Kamamji for a ride near the West Bank settlement of Ofra, and Monadal Infiat, 26, who was convicted two years ago of belonging to the Islamic Jihad terrorist organization.

Israeli police captured the other four in towns in northern Israel, where the Gilboa maximum security prison is located, the week after their escape. Some of the tips leading to those captures came from Israeli Arabs.

The other four captured prisoners are: Zakaria Zubeidi, 45, a well known Fatah operative who was arrested in 2019 for shooting at Israelis in the West Bank; Yakub Kadari, 49, who was convicted of planning several attacks on Israelis and who was sentenced to 35 years in prison in 2003; Mahmoud Aradeh, 46, and Mohammed Aradeh, 39, who have been in jail since 1996 and 2002, respectively, for similar offenses. All but Zubeidi are active with Islamic Jihad.

The escape and the two weeks Israeli security forces were in pursuit laid bare sharp differences between Israelis and West Bank Palestinians. The escape was covered in the Israeli press as presenting the potential for an imminent terrorist attack, while Palestinians saw the escapees as heroes who extracted a rare and fleeting victory over Israel.