Sheila Bromberg shares a laugh with Ringo Starr on a BBC talk show in May 2011. (YouTube/Screenshot)
Advertisement

(JTA) — Sheila Bromberg kept busy as an in-demand harpist in London in the 1960s, but when she got a request for a gig at EMI’s Abbey Road studio from 9 p.m. to midnight she felt she couldn’t turn it down: She was, after all, a single mother to two small children.

Yet it wasn’t until the Jewish harpist heard a male with a Liverpudlian accent behind her that she realized she was about to make history.

“Well, what you got on the dots?” she recalled Paul McCartney asking her that night early in 1967. McCartney, who could not read music, wanted to hear her play the score he had dictated to Mike Leander, a music arranger.

Bromberg, who died at 92 on Aug. 17 at a hospice in Aylesbury, England, was about to become the first woman to perform on a Beatles album. She played the harp accompaniment on “She’s Leaving Home,” the agonizing snapshot of the void between parents and a daughter, on the Beatles’ music-changing album, “Sgt. Pepper’s Lonely Hearts Club Band.”

In a 2011 profile on the BBC, Bromberg, who had a pitch-perfect ear for accents, mimicked McCartney struggling to explain precisely what he wanted from her and the string orchestra.

“No, no, I want something, eh … ” she quoted him as saying. “He couldn’t describe it, he couldn’t express it, and he was waiting for someone to bring it out of the air.”

George Martin, the Beatles’ producer, was, atypically, on another gig; McCartney was missing the one man who could explain what he wanted.

Bromberg and the orchestra went through three hours of takes. At midnight, Bromberg recalled, Erich Gruenberg, the German-born Jewish lead violinist who had trained in Mandate Palestine and who was also much in demand as a session musician, “tucked his violin under his arm and said, ‘Now it is midnight, ve have to go home because ve are vorking in ze morning.'”

“Well, I suppose that’s that then,” McCartney responded, according to Bromberg.

When the album came out, she realized McCartney had gone with her first take, but dubbed it so it had a doubling effect. “That’s what he was after,” she recalled herself thinking. “Yes! Clever!” 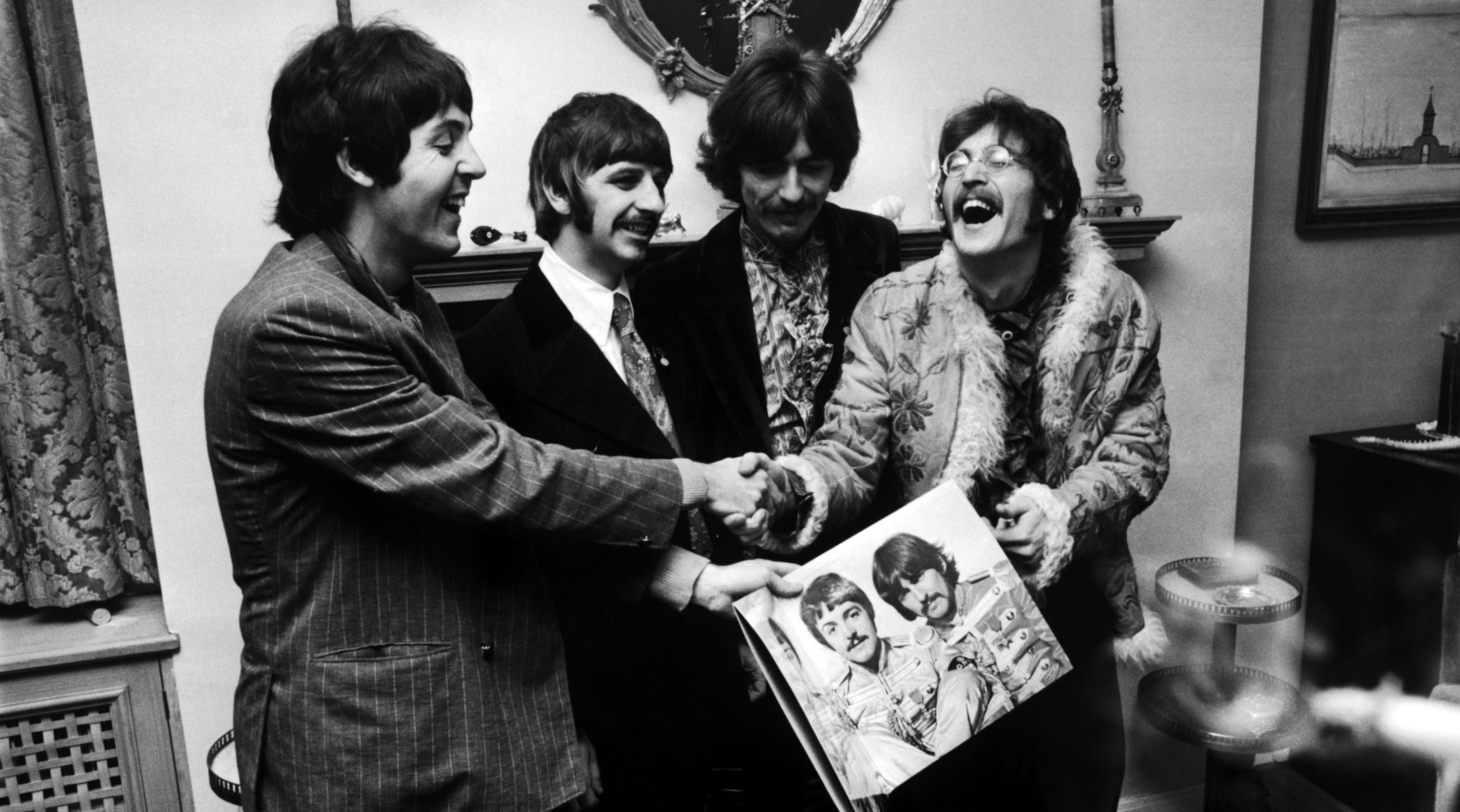 Her delicate arpeggios set the scene for a young woman “silently closing her bedroom door, leaving the note that she hoped would say more.”

The parents’ anguish — “Daddy, our baby’s gone,” the mother cries out — cut to the bone of a generation watching their children drifting away. “Something inside that was always denied for so many years,” McCartney sings, as Bromberg’s gentle strokes reemerge at the end of the track.

Bromberg was born in London. Her paternal grandfather was a noted Jewish musician in Ukraine before fleeing because of pogroms, and her father and son also were orchestral musicians.

Bromberg recorded with other artists such as Frank Sinatra, Dusty Springfield and the Bee Gees. She appeared on “Monty Python’s Flying Circus” playing the harp in a wheelbarrow and performed on the soundtrack of two James Bond movies.

She got nine British pounds for her Beatles gig — about $190 in today’s money. She seemed for a period resentful that the song was the apparent apex of her career. “I’m noted for four bars of music,” she once said. “I found that a little bit bizarre.”

Her listing on a music teacher website concludes, after listing her qualifications (“I studied Harp with Gwendolin Mason for whom Ravel wrote the ‘Septet'”) with a throwaway: “I also worked with the ‘Beatles.'”

But as she settled into retirement in Lane End, a village in Buckinghamshire in south-central England, she felt more comfortable with her role. “It was an awfully long time ago now but still it’s a worthwhile project and I enjoyed playing with them,” she told her local paper in 2013 (the article noted that Bromberg, then 84, was still available to teach music, and added an email address). In her retirement, she trained to use music to counsel children with mental disabilities.

On the BBC in 2011, she appeared live in the studio with Ringo Starr and surprised him with a rendering on the harp of “Yellow Submarine,” one of a handful of Beatles songs on which the drummer sang lead.

“It does feel a bit good,” she told the BBC about her “Sgt. Pepper’s” participation. “Thinking about it now, I really feel very proud to have been part of it.”