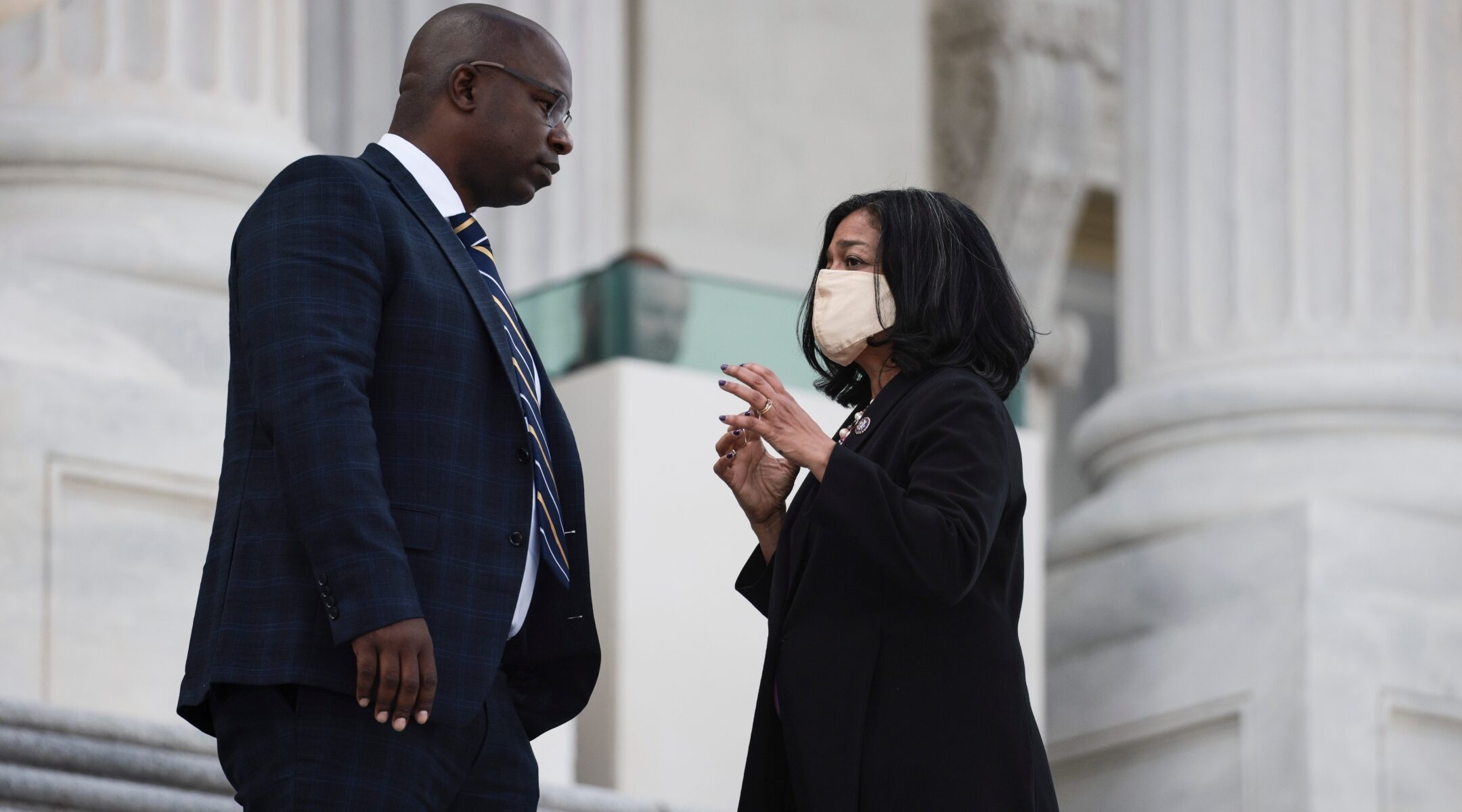 WASHINGTON (JTA) — After the controversy last week surrounding a progressive push to block extra Iron Dome anti-missile funding for Israel, the final vote to pass it was lopsided: 420-9.

And in the end, most progressives backed it: Of the 95 members of the Democrats’ progressive caucus in the U.S. House of Representatives, 85 voted yes.

At first glance, that resounding progressive “yes” to the $1 billion in additional funding to replenish the system’s batteries — depleted from the latest Gaza conflict in May — would seem to put to rest the narrative that the Democratic Party’s largest caucus was discarding pro-Israel tradition.

But last week did mark a significant change: the way the funding was ultimately approved, in addition to statements from some of the progressive caucus members who voted yes, made clear that from now on, Israel can no longer expect a blank check for defense assistance, at least from progressives.

Last week the progressive caucus forced Democratic leadership to pull out the $1 billion from an unrelated emergency government funding bill that came before Congress on Sept. 21.

Rep. Pramila Jayapal, D-Wash., the chairwoman of the Congressional Progressive Caucus who led the push to separate the Iron Dome funding from the larger spending bill, said it was absurd to shove through such an amount of money without first debating its merits.

“That just isn’t the way things work around here,” she told CNN the following day, after the House passed the spending bill, sans Iron Dome. “There was no discussion about it.”

After the critique, Democratic leadership moved quickly. There was a debate last Thursday, and it seemed to have been persuasive: Jayapal was among those who voted yes, and so were some of Israel’s toughest critics in the progressive caucus, among them Mark Pocan of Wisconsin, Betty McCollum of Minnesota and Jamaal Bowman of New York.

Bowman told Bloomberg News that his problem with the original effort to approve the Iron Dome funding had nothing to do with Israel and everything to do with the rush to get it voted on without traditional debate.

“It’s not about Israel, it’s about, once again, leadership, throwing something on our table last minute and expecting us to decide in five minutes what to do with it, that’s the bigger problem,” he said.

The eight Democrats who voted against funding, and the two who voted “present,” got plenty of political and media attention — Rep. Alexandria Ocasio Cortez’s lengthy and anguished explanation of her “present” vote late Friday made many headlines, in part because of the tears she admitted to shedding on the House floor. Republicans in Congress tried to paint them as the true face of the Democratic Party (a single Republican, Thomas Massie of Kentucky, was among the small group that voted no on the final funding bill).

But many of the progressives who spoke during the debate were reportedly unequivocal in agreeing with their more moderate colleagues that the Iron Dome was purely a defensive measure, and deserves support because it saved lives.

“The legislation before us ensures that Israel can fully defend all its citizens, a necessary condition for lasting peace,” said Rep. DeLauro, D-Conn., the progressive who is the chairwoman of the House’s most powerful committee, Appropriations, in remarks reported by the Foundation for Middle East Peace.

Still, while Iron Dome may have been an easy “yes,” progressives otherwise made clear that the days of unquestioning approval of Israel’s defense requests were over.

Just hours before the vote Thursday, Rep. Andy Levin, D-Mich., convened a press conference outside the Capitol to announce a bill that would enshrine the two-state outcome as U.S. policy. But it includes restrictions on how Israel could spend U.S. funding, with explicit bans on spending on West Bank settlements.

“The bill makes clear that assistance to help Israel to address its very real security challenges should continue at not one dollar less, but it cannot be used in a manner that violates internationally recognized human rights, or for activities that perpetuate the occupation or enable de facto annexation” of parts of the West Bank,” said Levin, who is Jewish.

The Jewish Telegraphic Agency asked the five co-sponsors present at the press conference whether they planned to vote for the Iron Dome funding, and each said yes.

Rep. Sara Jacobs, D-Calif., who is Jewish, underscored the defensive nature of the antimissile system in explaining her vote.

“I’ll be voting for it; I think what this bill that we’re talking about calls for is the legitimate use of our support for the security of Israel, and that’s what Iron Dome does,” she said. “And it’s time for a new chapter and a new approach, where we’re making sure that this defensive equipment is used in furthering that.”