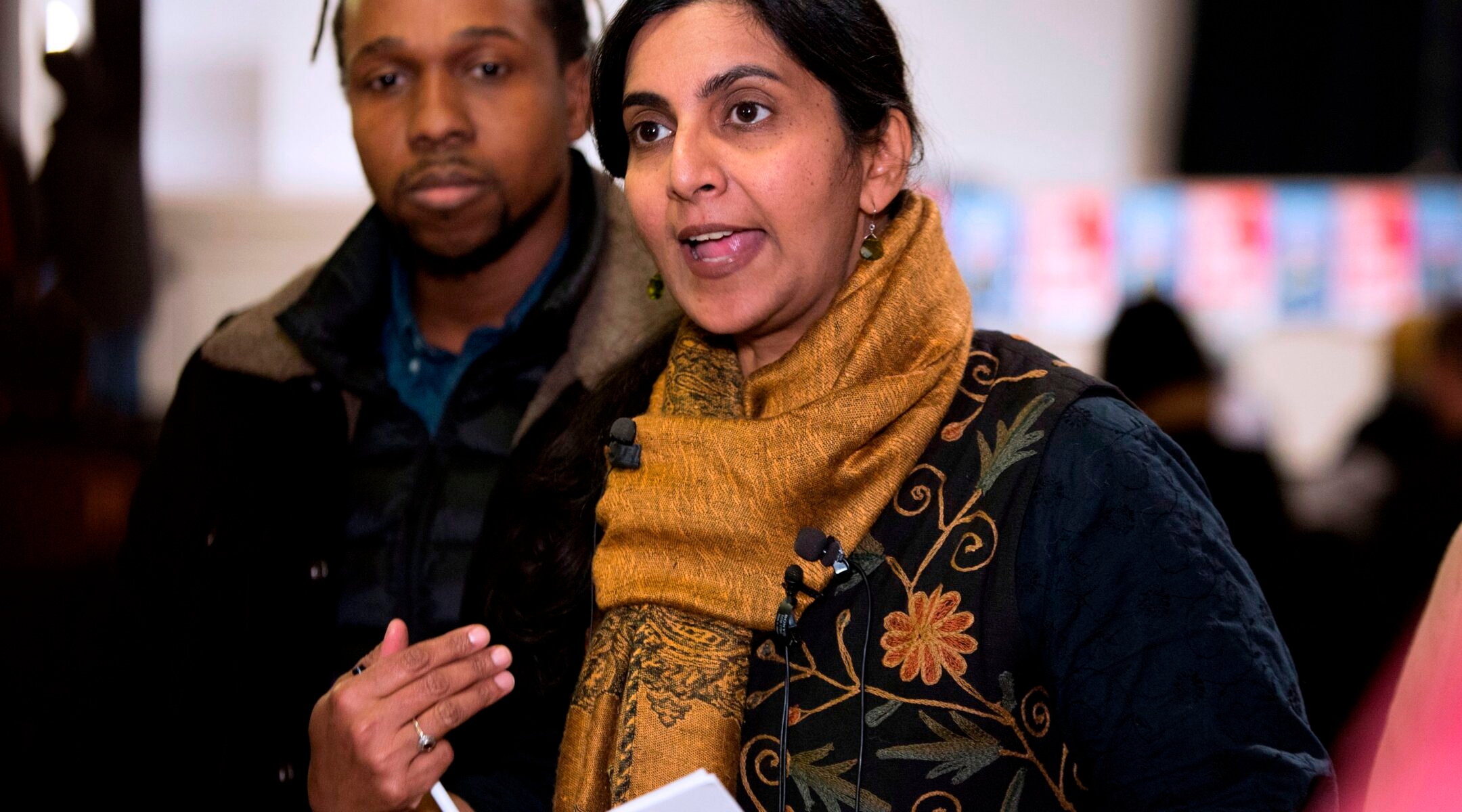 (JTA) — In a contentious meeting last week, the Seattle City Council narrowly voted down legislation that would have prohibited the city’s police department from conducting training with Israeli forces.

The bill, which was defeated by a vote of 5-4 at the council’s meeting on Sept. 20, was conceived following the May conflict between Israel and Hamas in Gaza. Its lead sponsor was a socialist council member, Kshama Sawant, who also led a protest in June seeking to block an Israeli cargo ship from docking at Seattle’s port.

The defeat of the bill marks at least the third vote this month in which a major local anti-Israel motion brought in the wake of the May conflict did not pass. Two weeks ago, the Burlington, Vermont, city council voted to withdraw a resolution to boycott Israel. Last week, the teachers union in Los Angeles voted to “indefinitely” delay a boycott vote.

In Seattle, Sawant initially sought to ban the city’s police from training with Israel’s military or police forces. The bill was later modified to ban training with the military or police of any country that is not party to certain international human rights treaties, or that has been found by an international court or the United Nations to have violated human rights conventions.

Human rights groups as well as the United Nations General Assembly have accused Israel of violating the Fourth Geneva Convention, which states that “the Occupying Power shall not deport or transfer parts of its own civilian population into the territory it occupies.”

The bill followed a years-long campaign by pro-Palestinian groups, including Jewish Voice for Peace, opposing U.S. police delegations to Israel. More than 1,000 senior American police officers have participated in such delegations, which seek to learn from Israeli counterterrorism and security practices.

Some of the groups that oppose such delegations have called them a “deadly exchange” in which American police forces adopt Israeli forces’ abusive practices. Trip organizers say that allegation is false, with some saying that suggestions that Israel is to blame for racist policing practices in the United States amounts to antisemitism.

In the debate ahead of the vote on Sept. 20, council members said they had spoken with Jewish groups opposed to the bill as well as local groups that supported it. An amendment that would have expanded the bill to prohibit police exchanges with all countries failed, in part because the Seattle Police Department frequently works with police forces in Canada, less than a two-hour drive away.

As the debate drew to a close, council members debated whether the proposed legislation was antisemitic. The local Jewish federation as well as the Anti-Defamation League, which runs police delegations to Israel, opposed the legislation. Jewish Voice for Peace, an anti-Zionist group that has campaigned against the police exchanges, supported the legislation.

Alex Pedersen, a council member who opposed the legislation, said he wanted to “demilitarize” the Seattle police but had determined the bill was a distraction that local Jewish organizations had cautioned against.

“I believe this legislation has been not only distracting but also divisive,” he said, citing “leaders in synagogues and our city who are very concerned about the origin, intent and impact of this legislation. From a policy standpoint, I believe the legislation seems to be an errant solution in search of a problem.”

But Sawant said that the bill targets not Jews but a country she believes is violating international human rights law.

“We all and they all fight alongside us against antisemitism because they understand the common struggle against all forms of oppression internationally,” she said regarding her staff members and allied activists. “But the presence of this ideology of hatred does not absolve any nation or any government, including the city of Seattle, from calling out human rights abusers wherever they are, and from aligning policy, such as police training, with our declared human rights values.”

The debate was marked by interruptions and personal attacks between council members. At the end, Council President Lorena Gonzalez apologized to those viewing the meeting for the rancor.

“Temperatures are running really high right now,” she said. “And this is exactly part of the reason why I think this bill is perhaps not as helpful as you would have desired it to be even amongst this very diverse city council.”

She added, “I am sorry to the viewing public for what has occurred and I want to encourage us as leaders in this city to strive to lead by example.”