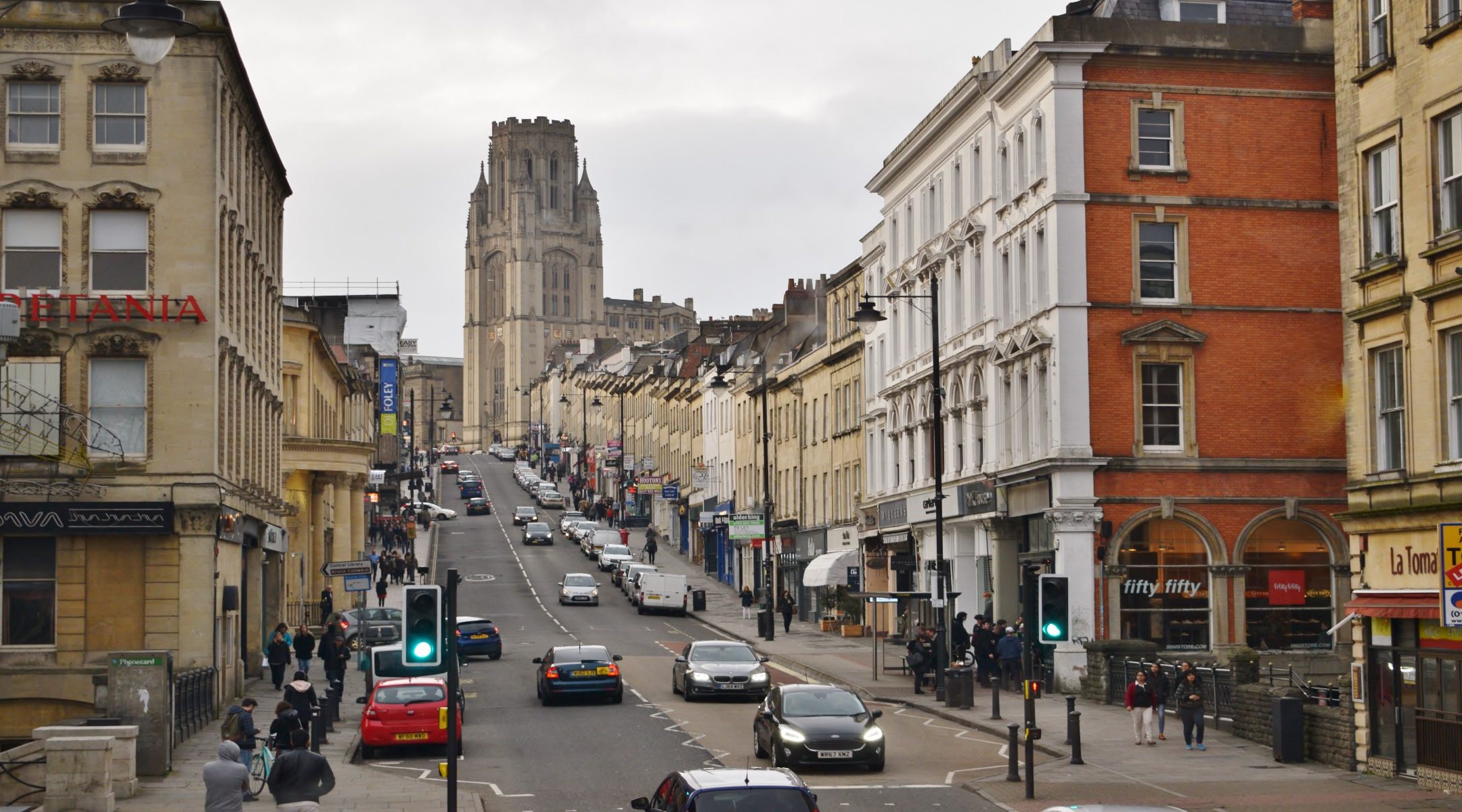 A main street in Bristol, England, home of the University of Bristol, which is facing controversy over a professor's Israel remarks. (Wikimedia Commons)
Advertisement

(JTA) — A professor at the University of Bristol in the United Kingdom was fired Friday over his past comments about Jews and Israel.

In remarks during a lecture in February, David Miller, a professor of political sociology, called Israel “a violent, racist, foreign regime engaged in ethnic cleansing” and referred to Jewish students who protested against his previous comments about Israel as Israel’s “pawns.”

There’s “a real question of abuse here — of Jewish students on British campuses being used as political pawns by a violent, racist, foreign regime engaged in ethnic cleansing,” Miller said.

Miller’s comments during the February lecture provoked protests from Jewish students at the university as well as condemnations from members of Parliament and leaders of the Jewish community in the United Kingdom. In an open letter in March, several hundred academics, including linguist Noam Chomsky and gender theorist Judith Butler, voiced their support for Miller. An opposing letter condemning Miller’s remarks also garnered hundreds of signatures.

In March, local police said they would investigate whether Miller’s comments constituted a “potential hate crime” and the University of Bristol said an internal investigation into Miller’s conduct was already underway.

In a statement Friday, the university said it did not find Miller’s comments to be “unlawful speech” but that Miller was fired because he “did not meet the standards of behaviour we expect from our staff.”

Responding to the decision, Miller called the investigation a “shambolic process that seems to have been vetted by external actors,” according to the Guardian. He added: “Israel’s assets in the UK have been emboldened by the university collaborating with them to shut down teaching about Islamophobia. The University of Bristol is no longer safe for Muslim, Arab or Palestinian students.” Miller said he planned to appeal the decision.

The Union of Jewish Students, an organization representing Jewish students in the United Kingdom, celebrated the decision in a series of tweets. “This announcement concludes months and years of tireless campaigns and actions by students to try and get the university and authorities to listen, and we are pleased that action has finally been taken,” they wrote.