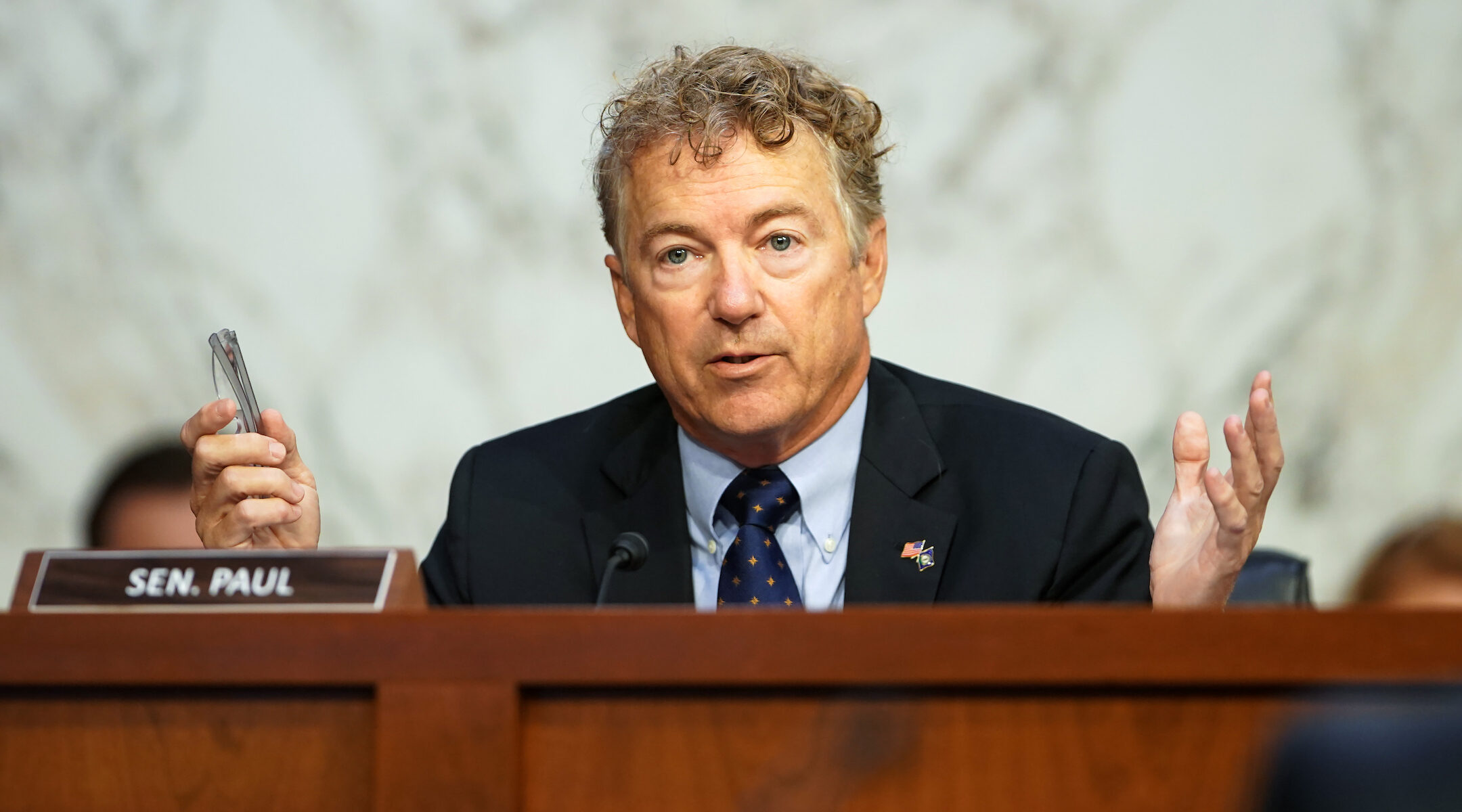 Sen. Robert Menendez, the Democratic chairman of the Senate Foreign Relations Committee, launched a bid Monday to pass the bill by unanimous consent, a procedure that accelerates passage by minimizing debate.

Paul objected, saying he wanted the funding to come out of money earmarked to assist Afghanistan as it recovers from years of war.

“I support Israel. I voted for hundreds of millions of dollars to support Iron Dome. I am glad the United States has a strong bond with Israel. But the United States cannot give money it does not have, no matter how strong our relationship is,” he said.

Paul said he believes the Afghanistan aid money will end up with the Taliban, which assumed control of the country in August, ending a 20-year U.S.-led military presence there.

Menendez said the money does not go to the Taliban, but to the people affected by the war it waged for decades.

“Sen. Paul’s amendment would actually raid the funding that delivers lifesaving humanitarian aid to the Afghan people and they need it more than ever,” he said. “In short, Sen. Paul’s amendment would undermine national security, it would abandon the Afghan people in their darkest hour and it would betray the American people’s commitment to supporting our Afghan allies.”

Menendez has said he will continue to attempt to bring the vote through unanimous consent. If Paul continues to block unanimous consent, it may be weeks before the funding, which the Biden administration favors, is approved.

The U.S. House of Representatives last month overwhelmingly approved the funding, which Israel has asked for to replenish Iron Dome batteries depleted during the Gaza conflict in May. The money is in addition to the $500 million Israel gets annually to fund Iron Dome.

Prior to the vote, objections to the funding by a handful of progressives roiled Congress and led to a debate over defense assistance to Israel.

The Christians United for Israel group “strongly condemned” Paul’s decision in a statement. The American Israel Public Affairs Committee, the powerhouse pro-Israel lobby, chastised Paul on Twitter, likening him to the “Squad,” the small progressive faction that opposed the funding — and who Republicans revile.

“Their objections to funding Iron Dome undermine Israel’s security, cost innocent lives, make war more likely, and embolden Iran-backed terrorists,” AIPAC said, grouping Paul with Reps. Alexandria Ocasio-Cortez, who voted “present” on the funding, and Rashida Tlaib, Ilhan Omar, and Thomas Massie, who voted “no.” Ocasio-Cortez, Tlaib and Omar are members of the “Squad,,” and Massie was the lone GOP vote against the funding.