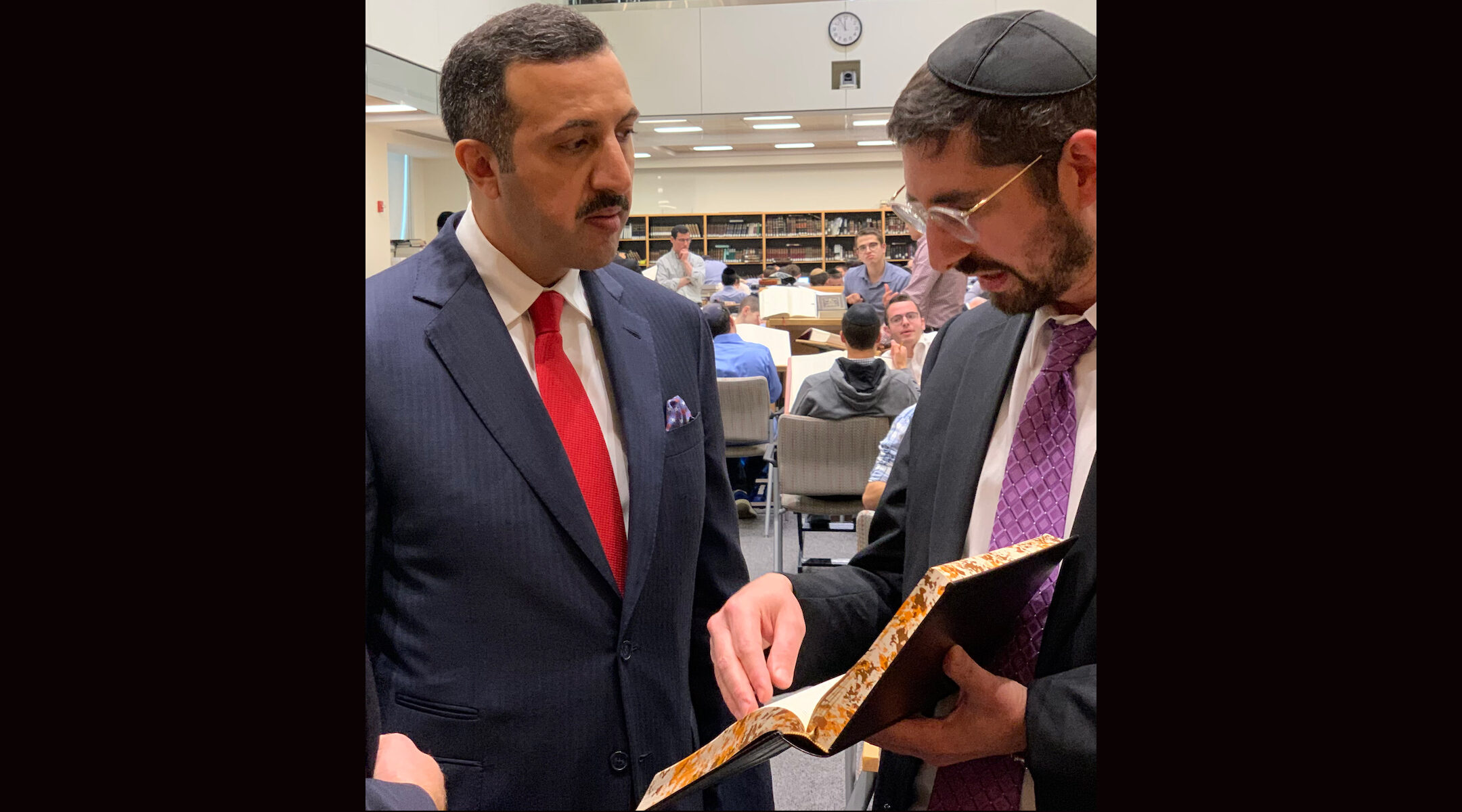 Good morning, New York. Condolences to fans of the Yankees, whose season ended last night with a 6-2 loss to the Red Sox in the win-or-go-home American League Wild Card Game. Mets fans know your pain.

GOODWILL TOUR: A Bahrain Foreign Ministry official met with rabbis and Jewish leaders in New York to encourage them to invest in the kingdom and travel there. (JTA)

STEPPING UP: UJA-Federation of New York raised $249.6 million in its fiscal year ending June 30, an increase of 9% over the preceding year. (eJewish Philanthropy)

NO SPOILERS: Gov. Kathy Hochul is scheduled to make an “announcement” today at 10:45 at the Museum of Jewish Heritage. We’ll have details when she does.

UNTIL 120: The character actor Nehemiah Persoff, who moved to New York from Israel with his family at age 10, has published a memoir at age 102. (JTA)

ENDANGERED: Our colleagues at Alma profile NYC filmmaker Erica Rose, whose Lesbian Bar Project is an effort to document, map and support the few remaining lesbian bars in the United States.

ICYMI: Beefed-up security, tolerance education, addressing the structural flaws in civil society: What is the best way to fight antisemitism in New York City and beyond?

Two New York Jewish writers welcomed the paperback publications of their recent novels. Max Gross’ “The Lost Shtetl” is about a forgotten Jewish village forced to face the 21st century; Nessa Rapoport’s “Evening,” set during shiva, is about the fraught relationship between two sisters.

The Olga Lengyel Institute presents a discussion with the historian and Holocaust expert Timothy Snyder, Levin Professor of History at Yale University and author of “Black Earth: The Holocaust as History and Warning” and “On Tyranny: Twenty Lessons from the Twentieth Century.” Register here. 5:00 p.m.

Retired U.S. Army Lieutenant Colonel Alexander Vindman, who found himself at the center of a firestorm for his decision to report the infamous phone call that led to President Donald Trump’s first impeachment, will tell his personal story in this Museum of Jewish Heritage program moderated by CNN Senior Global Affairs Analyst Bianna Golodryga. 5:00 p.m.