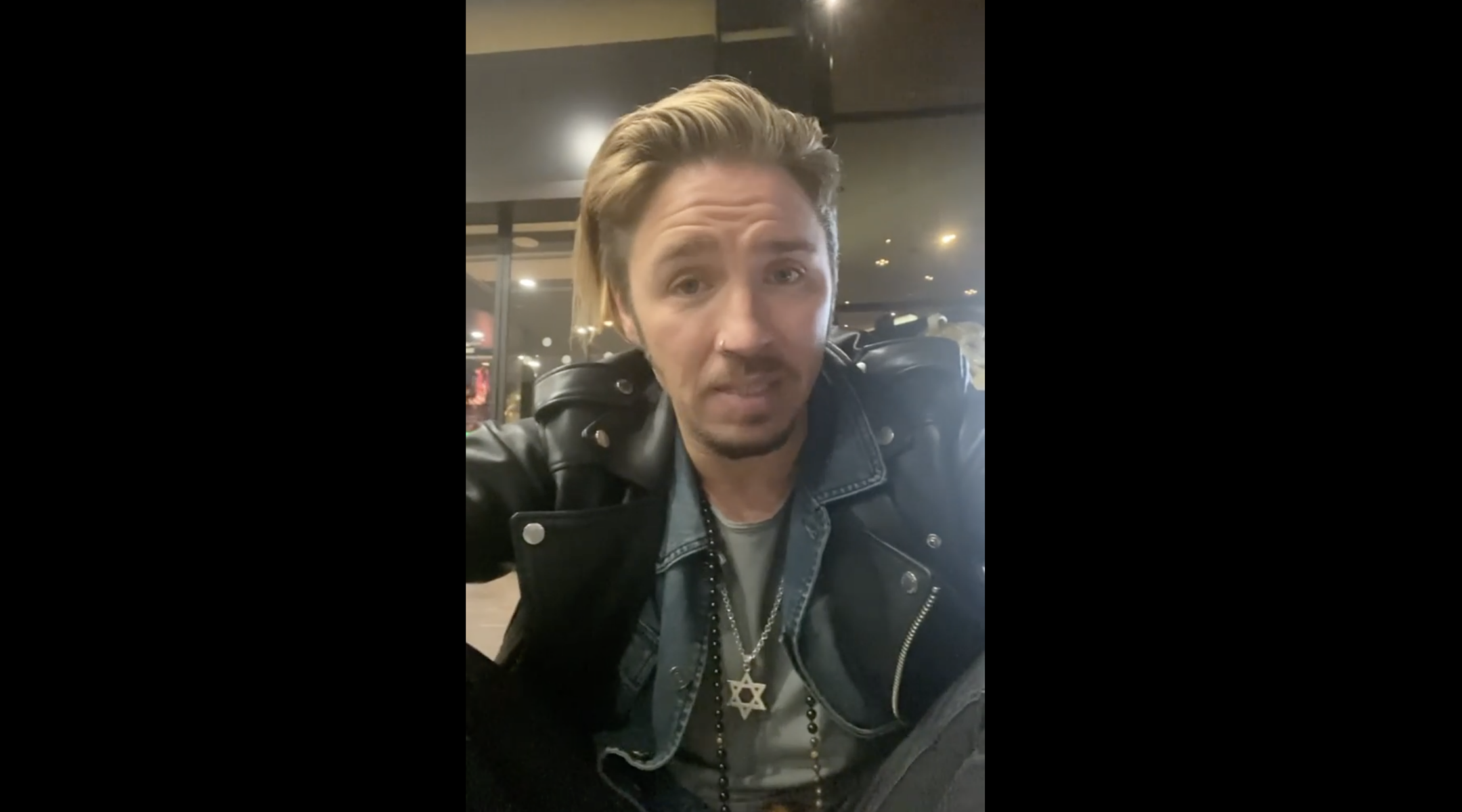 (JTA) — A German-Israeli singer who said he had been denied service at a hotel in Germany for wearing a Star of David pendant doubled down on his account following doubts about it published in the German media.

Gil Ofarim became a cause celebre after he said on social media that an employee of the hotel told him on Oct. 5 that he would not receive service at the Westin Leipzig hotel unless he covered the pendant. Hundreds of people showed up at the hotel in protest.

Visual evidence recorded that night at the hotel is giving police “serious doubts” about the accuracy of Ofarim’s account, which the employee denied, multiple German newspapers reported this week.

The Leipziger Volkszeitung paper cited an unnamed police source, while Bild am Sonntag published a video clip that shows Ofarim arriving at the hotel without his Star of David pendant visible.

In an interview Monday with Leipziger Volkszeitung, Ofarim insisted that he “didn’t lie” about what happened to him. And to Bild am Sonntag, he said the comments he had described made sense even if his necklace could not be seen.

Ofarim has also said that a person standing in line behind him first brought up the pendant, saying Ofarim should remove it. Only then did the employee also demand this, Ofarim had said.

“That means, someone recognized me,” he told the newspaper. “This isn’t about the pendant. It’s about something much bigger. Because I am often on television wearing the Star of David, it was used to insult me.”

The hotel employee, who was suspended pending an investigation, has complained to police that Ofarim had defamed him, according to the Focus magazine. The police told the magazine that they have obtained the full video and are examining it. Police have declined to comment on the matter until the review is concluded.

Ofarim told the Volkszeitung paper that he always wears the pendant, and that it may have been tucked under his shirt sometime close to his arrival at the hotel.

“The complete video from that evening at the hotel has not been shown, and I ask those who have published these images to show the whole thing,” he told the newspaper.