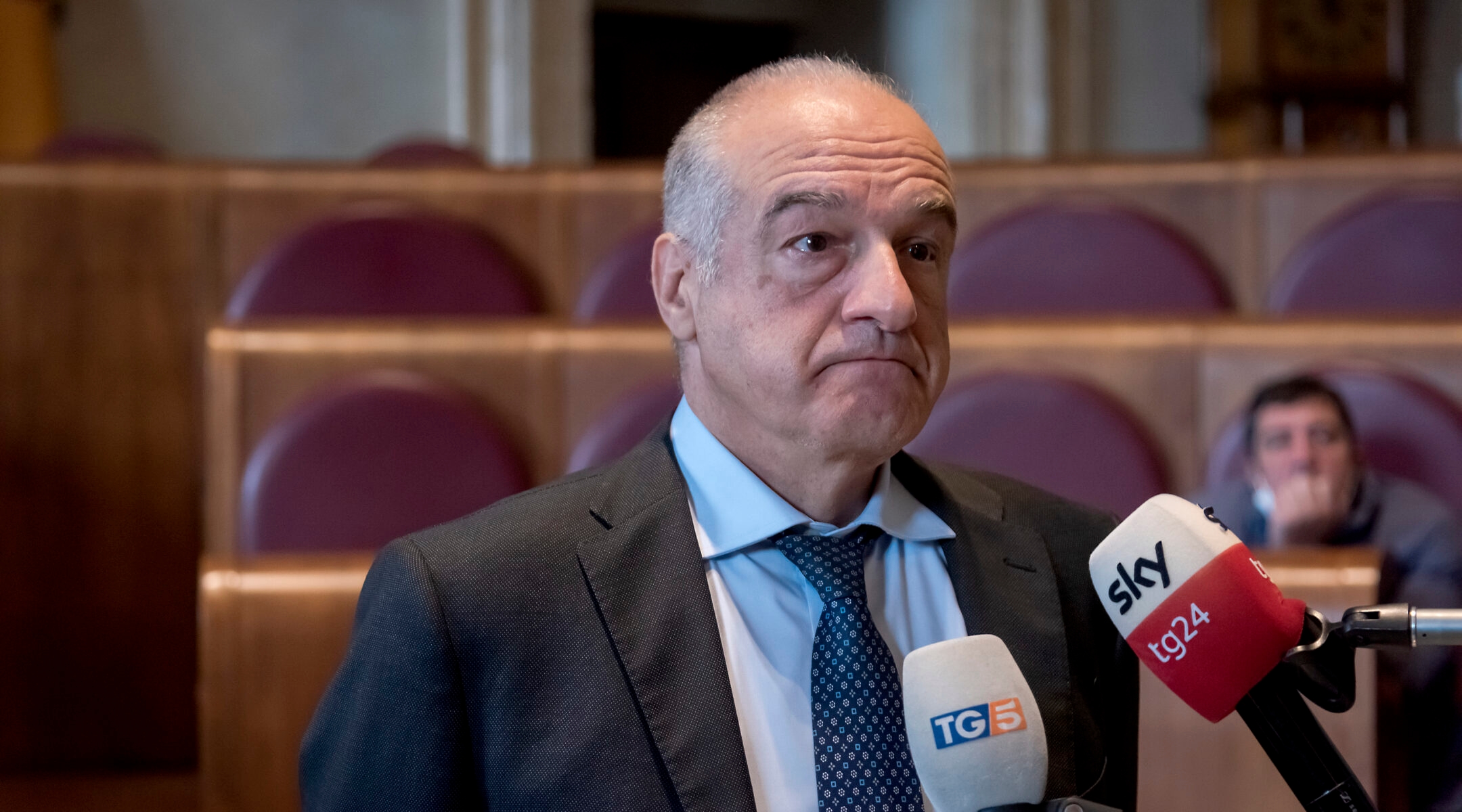 (JTA) — A candidate in Rome’s mayoral election who was accused of making an antisemitic observation about the Holocaust was defeated Monday.

Michetti had come under fire for an article he wrote last year in which he asked why the Holocaust received more attention than other instances of mass murder and suggested the answer lay in the fact that victims of other genocides “didn’t own banks.”

“Each year, 40 Holocaust-related movies are shot, trips and cultural initiatives of all sorts are financed to commemorate that horrible persecution, and up to here, I have nothing to say,” Michetti wrote on the website of the radio station where he is a host. “But I wonder, why the same pity and the same consideration are not given to the dead killed in the Foibe massacres [of Italians by Yugoslav Partisans], in the refugee camps, and in the mass murders that still take place in the world?”

Leaders of Rome’s Jewish community condemned Michetti, who first declined to apologize when asked about the comments by reporters but eventually apologized.

The comments were first publicized on Oct. 8 by Il Manifesto, a left-wing Italian newspaper. While Michetti’s remarks were widely condemned, it is unclear if his comments tipped the scales in the election. A poll conducted by Ipsos on Sept. 17 predicted that Gualtieri would beat Michetti with a majority of 57% of the votes.