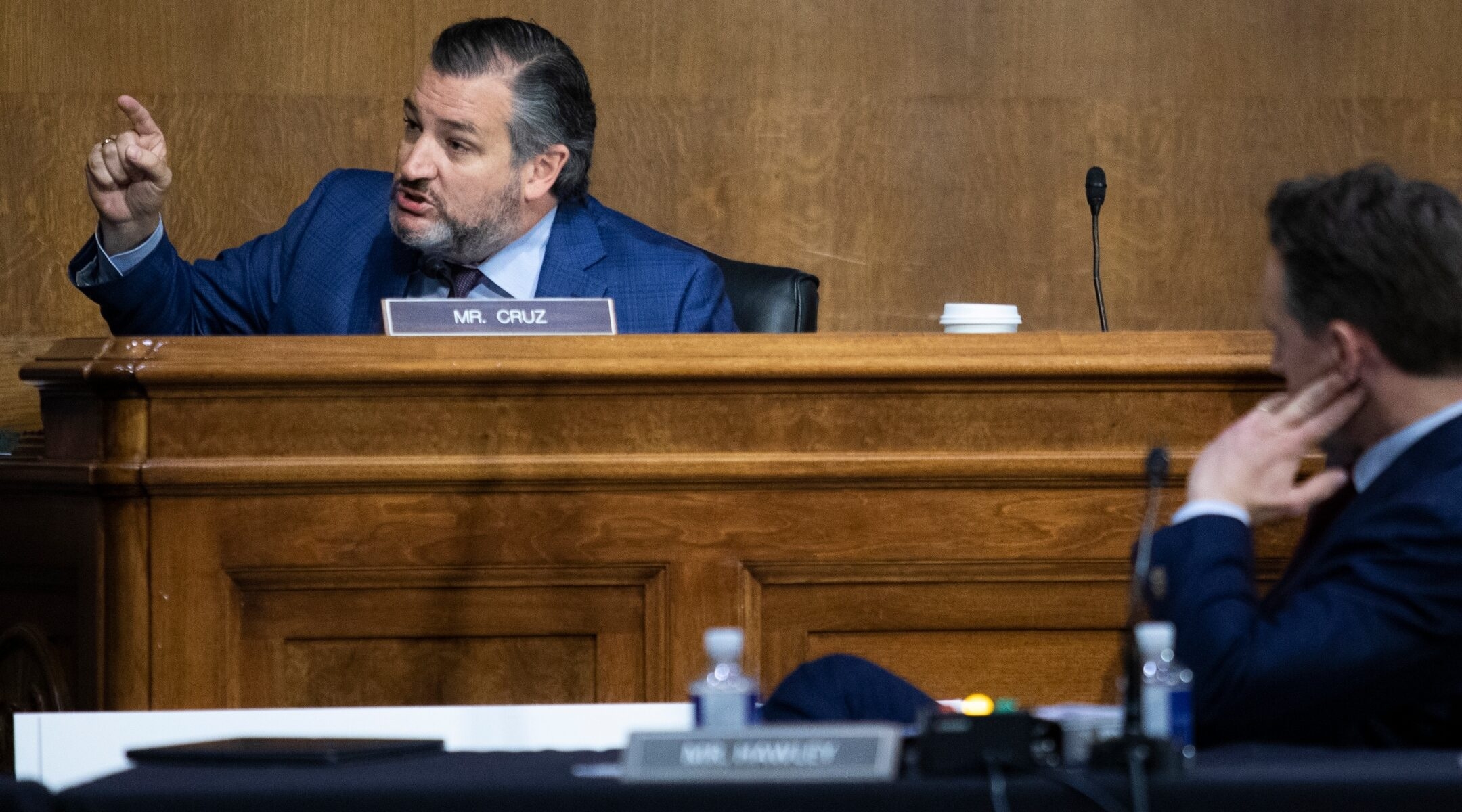 (JTA) — Sen. Ted Cruz said in a Senate hearing with the U.S. attorney general that protesters and civilians angry with local public policies have the right to make Nazi salutes in protest.

“My God! A parent did a Nazi salute at a school board because he thought the policies were oppressive,” Cruz shouted at Attorney General Merrick Garland, who was fielding a range of questions from senators Wednesday.

Republican senators focused on a recent memo stating that the Justice Department would investigate “harassment, intimidation and threats of violence” aimed at school boards.

Cruz’s comments were meant to show that the department’s involvement in monitoring school board meetings is not warranted. “Is doing a Nazi salute at an elected official, is that protected by the First Amendment?” Cruz asked Garland, who is Jewish.

“Yes, it is,” Garland responded.

Multiple incidents of Nazi salutes at school board meetings have taken place in recent months, as school boards have emerged as a battleground over COVID-19 prevention measures and as Holocaust analogies have taken hold among critics of such measures in the United States and abroad.

That incident was listed among others in a letter from the National School Board Association, that identified such incidents as “domestic terrorism.” The association later apologized for using the term, which some Republican lawmakers have cited as evidence that the justice department’s scrutiny of violence at school board meetings is just an effort to silence parent criticism of COVID-19 rules. (Garland’s memo did not use the term or list any specific incidents.)

A number of liberals and Democrats in Congress criticized Cruz, arguing that he was defending Nazis and pointing out that the exchange occurred on the third anniversary of the Tree of Life massacre, the most lethal attack on Jews in U.S. history.

“Ted Cruz just casually defending Nazis in a congressional hearing,” tweeted Rep. Ilhan Omar, who has been plagued by separate accusations of antisemitism.

Cruz replied, “I was defending the right of citizens to denounce authoritarian policies. In other words, to OPPOSE Nazis (or petty tyrants), not to support them.”

In a separate tweet aimed at a liberal journalist, Cruz said, “The parent was doing the Nazi salute because he was calling the authoritarian school board Nazis — evil, bad & abusive.”

A number of Jewish organizational leaders and scholars of the Holocaust have objected to Nazi metaphors to describe current political tensions, saying it diminishes the Holocaust.

“Nazi salutes may be protected by freedom of speech, but that doesn’t mean they’re not offensive symbols of hate,” the American Jewish Committee said in a tweet in response to Cruz. “To defend them at any time, much less on the anniversary of the Tree of Life Synagogue shooting, is deeply insensitive and inappropriate.”