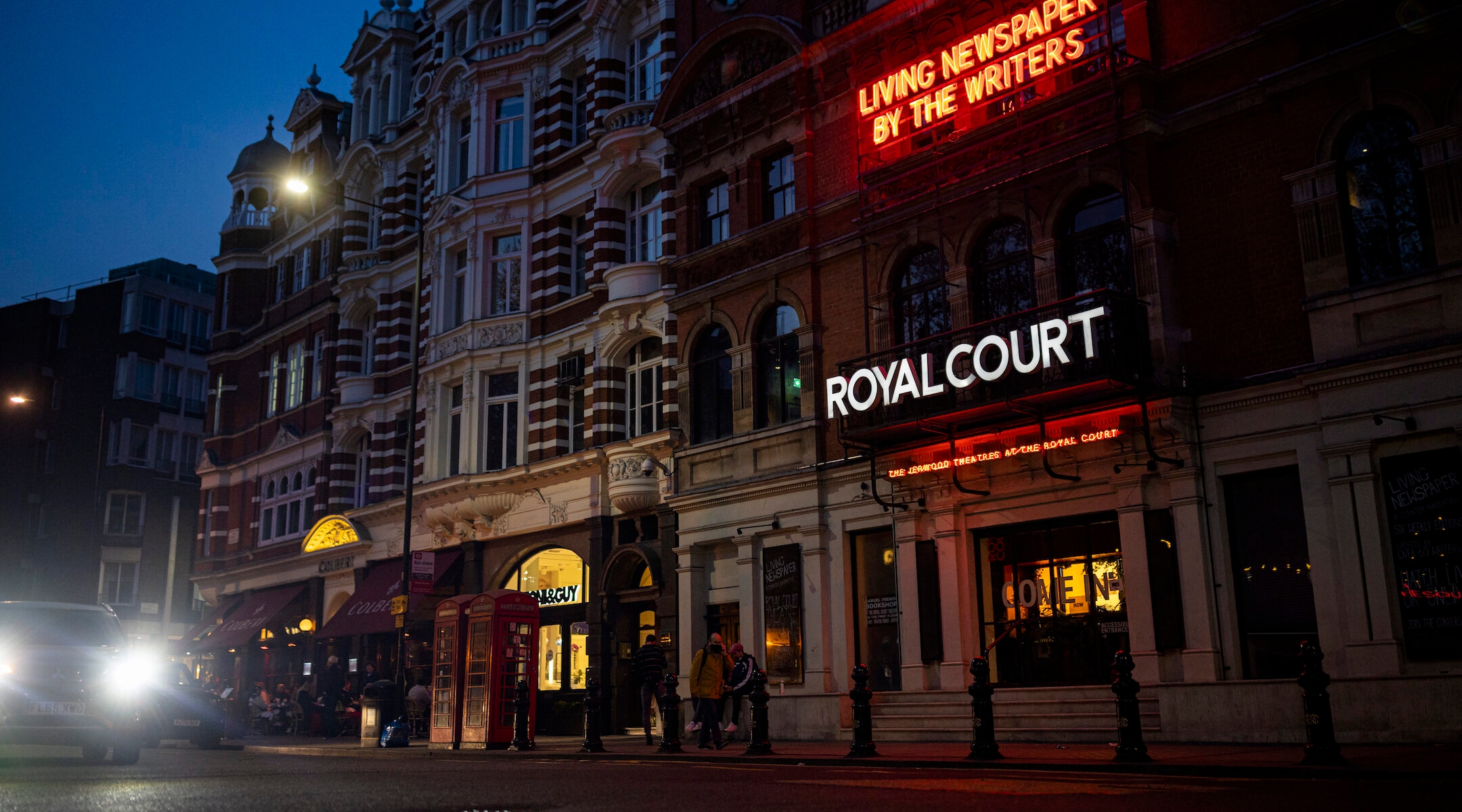 (JTA) — A theater in London apologized for the “unconscious bias” that led a playwright to give an avaricious billionaire character a Jewish-sounding name in a play set to open this week.

The Royal Court Theatre issued the apology Saturday over the name Hershel Fink, which was applied to the character of a high-tech executive in the play “Rare Earth Mettle,” by Al Smith. The character, which closely resembles Tesla founder Elon Musk, is not Jewish and the play makes no references to any Jewish identity, the theater said.

“We acknowledge that this is an example of unconscious bias and we will reflect deeply on how this has happened in the coming days,” the theater, which is part of the English Stage Company, a prominent thespian non-profit, wrote on Instagram Saturday. “We and the writer are deeply sorry for harm caused. In response to our learning the writer has changed the name, as of last night.”

The character will be renamed Henry Finn and programs for the play will be reprinted, according to a statement by the theater Saturday.

The apology followed criticism on social media by professionals in the entertainment industry in the United Kingdom, the Guardian reported, including director Adam Lenson and comedian David Baddiel. Both Baddiel and Lenson are Jewish.

In a tweet, Lenson faulted Smith and the Royal Court Theatre for creating “a character so clearly based on Elon Musk” and then giving him “an obviously Jewish name.” This “perpetuates antisemitic stereotypes and will cause ideological harm,” Lenson wrote.

This is not the first time that a character’s Jewish-sounding name has raised questions about antisemitism. Last year, a character named Hiram Epstein on HBO’s “Lovecraft Country” trafficked in children, an antisemitic trope. In that case, the show’s creators did not respond to questions about the name choice, and it was not changed.