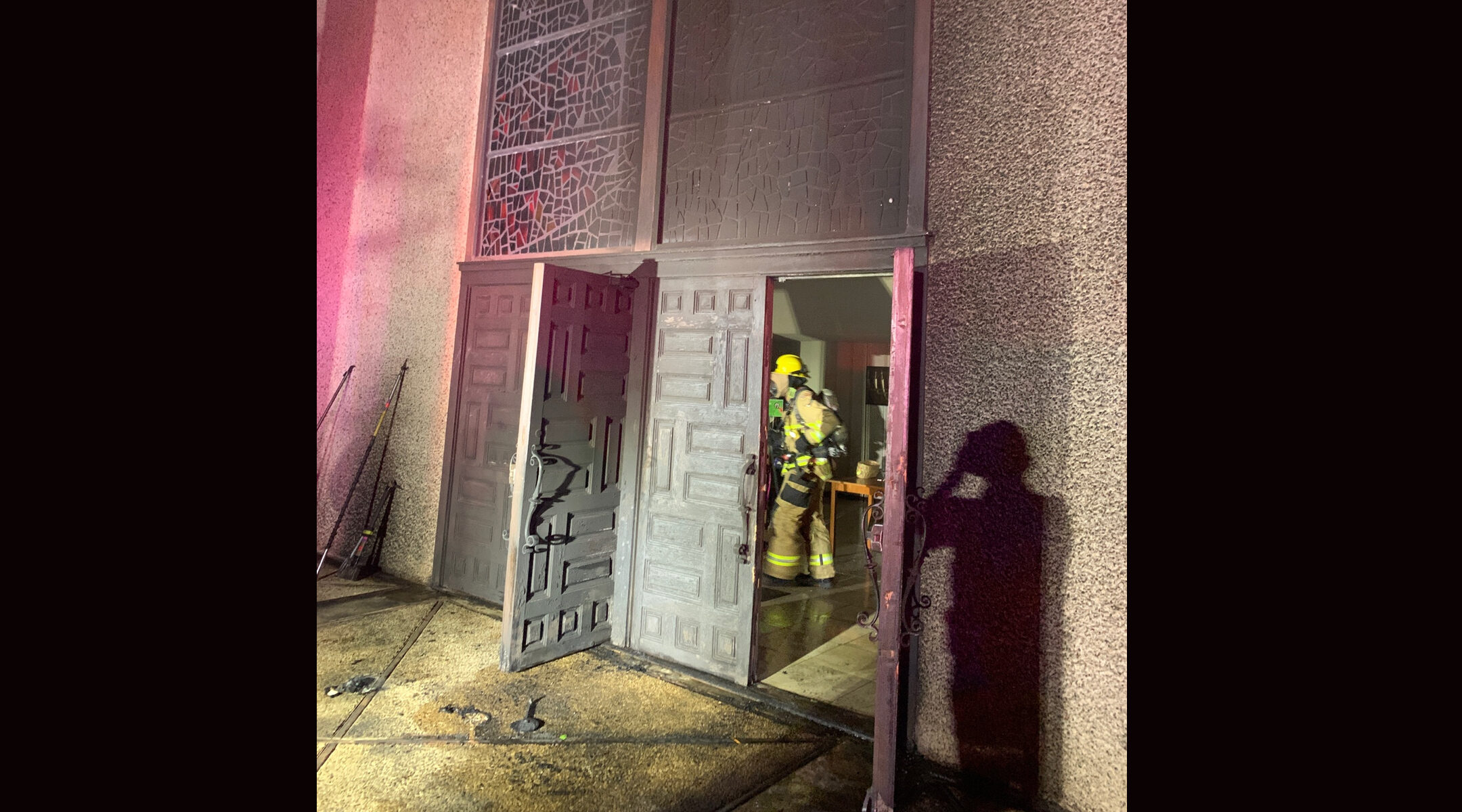 (JTA) — A suspect has been arrested related to a fire set at an Austin synagogue, Congregation Beth Israel, on Oct. 31.

Franklin Barrett Sechriest, 18, was arrested Wednesday by arson investigators with the Austin Fire Department. Investigators identified Sechriest using surveillance footage that showed the license plate on the car he allegedly used to get to the synagogue.

The fire, set on Halloween night, caused an estimated $25,000 of damage to the building, according to the Austin Fire Department. According to a donation page on the synagogue’s website, the fire destroyed the synagogue’s carved wooden doors, damaged the building’s stained glass windows and caused smoke damage throughout the sanctuary.

The Austin Fire Department had appealed to the public to help identify the suspect, who they described as a white male. Video showed the man carrying a 5-gallon jerry can container, likely with the liquid accelerant used to set the fire at the entrance of the synagogue.

Our Arson Investigators need your help! They're looking for this man in connection with a fire set at Congregation Beth Israel (3901 Shoal Creek Blvd.) on October 31.

If you have any information, please contact our Investigations Office at (512) 974-0240. pic.twitter.com/zlJfwAiEMX

The fire was the latest in a series of antisemitic incidents in the Austin area. On Oct. 24, members of the Goyim Defense League, a neo-Nazi group, hung banners from an overpass near the local Jewish Community Center as well as a number of synagogues proclaiming “Vax the Jews.” Though the banner was removed and the demonstration around it broken up by police, an identical banner was hung from the same intersection just two days later. At the time, leaders of the Shalom Austin Jewish community center warned community members that the group might stage further demonstrations in the area in the coming days.

In a statement, Rabbi Steve Folberg, the senior rabbi at Congregation Beth Israel, thanked the investigators for their work on the case and noted a recent increase in antisemitic incidents in Texas.

“It gives us some sense of relief to learn of this arrest, but we are staying vigilant. Across Central Texas and beyond, we are seeing a spike in attacks against Jews,” Folberg said.