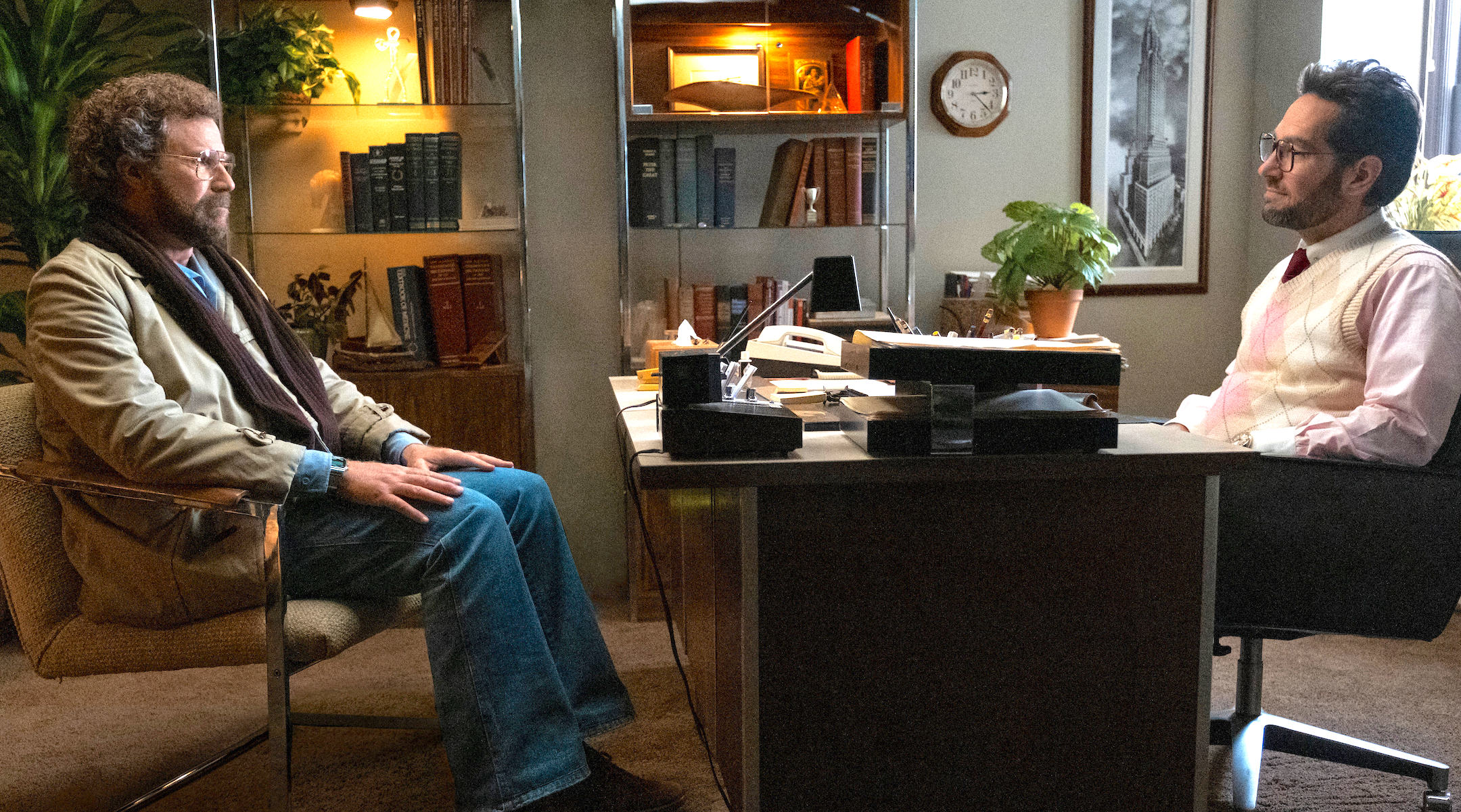 Will Ferrell, left, plays a real-life Jewish garment manufacturer and Paul Rudd plays the psychiatrist who manipulates him in "The Shrink Next Door," a new limited series premiering today on Apple TV+. (Apple TV+)
Advertisement

Shabbat shalom, New York. Twenty years ago today an American Airlines flight crashed in Belle Harbor, Queens, killing all 260 people aboard and terrifying a city still reeling from the 9/11 attacks. (Read JTA’s interview at the time with a rabbi of the local Conservative synagogue.) A memorial service will be held this morning in Belle Harbor, with a moment of silence scheduled for 9:17 a.m.

The Jewish Week emails a downloadable, printable digest of the week’s best stories, perfect for offline reading, every Friday. Sign up for “The Jewish Week/end” here. Get today’s edition here.

WHAT ABOUT MARTY?: “The Shrink Next Door,” the Apple TV+ series starring Paul Rudd and Will Ferrell, is based on a true story set in New York City’s Modern Orthodox Jewish world. (Jewish Week via JTA)

WEDDING CRASHER: A rabbi in Lakewood, New Jersey has apologized after his son performed a wedding between a Brooklyn Jewish woman and a groom who turned out to be a Muslim imposter from Beirut. (collive.com)

GAME OF THRONES: Followers of a breakaway faction of the Gur Hasidic movement welcomed their leader to New York this month, with an estimated 15,000 people attending last Saturday’s rapturous Shabbat ceremony in Borough Park.

Tennessee Titan Anthony Firkser, who grew up in Manalapan, New Jersey, says he hasn’t experienced any antisemitism in the NFL — even if he is often the first Jewish person some of his teammates have ever met. (JTA)

Movie star Paul Rudd is People magazine’s latest “sexiest man alive.” The list of famous Jews formerly named “sexiest man alive” is short – can you identify the celebrity, from the list below, who actually made the cut?

What would you pack if you were leaving home for good? Rabbi Charles Savenor says Jacob was faced with this dilemma, and ended up taking the most precious heirloom of all: a parent’s blessing.

Israeli author Etgar Keret will engage in a live virtual conversation with Rabbi Sharon Brous of Ikar in Los Angeles. Their conversation is the latest installment of The Charles Bronfman Prize Speaker Series with Ikar. Register here for this Zoom event. Sunday, 12:30 p.m.

The National Library of Israel is home to one of the most significant collections of Sir Isaac Newton’s non-scientific writings. Matt Goldish, Samuel M. and Esther Melton Chair in History, The Ohio State University, explores how the Jerusalem-born Sephardic polymath Abraham Shalom Yahuda acquired the manuscripts the 1930s, and why he decided to will the material to the library. Register here for this virtual event. Sunday, 1:00 p.m.

Photo, top: Will Ferrell, left, plays a real-life Jewish garment manufacturer and Paul Rudd plays the psychiatrist who manipulates him in “The Shrink Next Door,” a new limited series premiering today on Apple TV+. (Apple TV+)