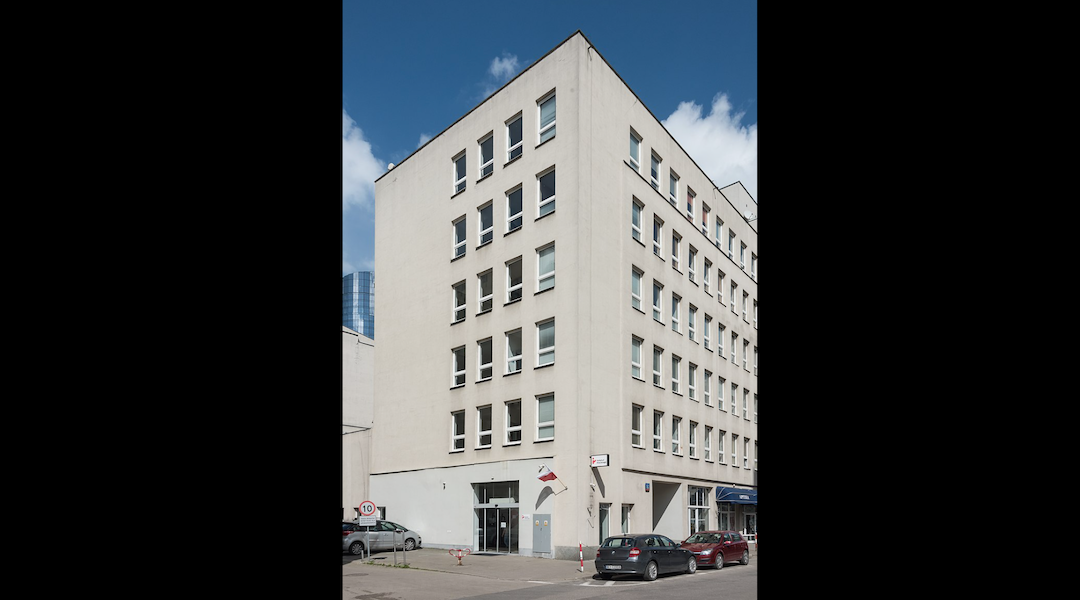 A view of the Pilecki Institute in Warsaw. (Adrian Grycuk/Wikimedia Commons)
Advertisement

WARSAW (JTA) — Jewish American historian Eliyana Adler refused to accept an award worth $19,000 from the Polish government’s Pilecki Institute, arguing that it suppresses work by “historians who strive to show the complex and indeed tragic aspects of Poland’s wartime past.”

Adler, an associate professor at Penn State University, was given a newly inaugurated award for scholarship on 20th-century Poland, the Pilecki Institute’s specialty, for her 2020 book “Survival on the Margins: Polish Jewish Refugees in the Wartime Soviet Union.” The honor was to be co-awarded by the Auschwitz memorial museum.

“The Pilecki Institute, while very generous in supporting some historical scholarship on the Second World War, has also been involved in suppressing the work of historians who strive to show the complex and indeed tragic aspects of Poland’s wartime past,” Adler wrote in a letter dated Nov. 4 to the institute. It was published online on Friday.

Polish governmental institutions have been accused by historians of whitewashing the country’s treatment of Jews during the Holocaust. The country passed a widely criticized law in 2019 that makes it illegal to blame the Polish nation for Nazi crimes.

A recent high-profile court case pitted historians Jan Grabowski and Barbara Engelking against Poland’s government, which ruled that the pair had to apologize for their book unearthing alleged atrocities by a Polish mayor. An appeals court overturned the ruling in August.

“War and occupation push humans and societies to their limits. The situation during World War II was horrific for all Poles, albeit not in equal measure. Some non-Jewish Poles, as profiled on the institute’s website, lost their lives protecting their Jewish compatriots. Others, as we know from the scholarship of Professors Jan T. Gross, Jan Grabowski, and Barbara Engelking among others, profited in a variety of ways from the murder of their neighbors,” Adler wrote in her letter.

“They endured hard labor, bitter cold, and extreme deprivation. But out of reach of the Nazis, they escaped the fate of millions of their coreligionists in the Holocaust,” the description reads.

The Pilecki Institute is named after Witold Pilecki, a general who helped found the Secret Polish Army, a major resistance movement against the Nazis during World War II. Pilecki faked his identity to enter Auschwitz, where he helped organize an uprising and gathered reporting on Nazi atrocities.