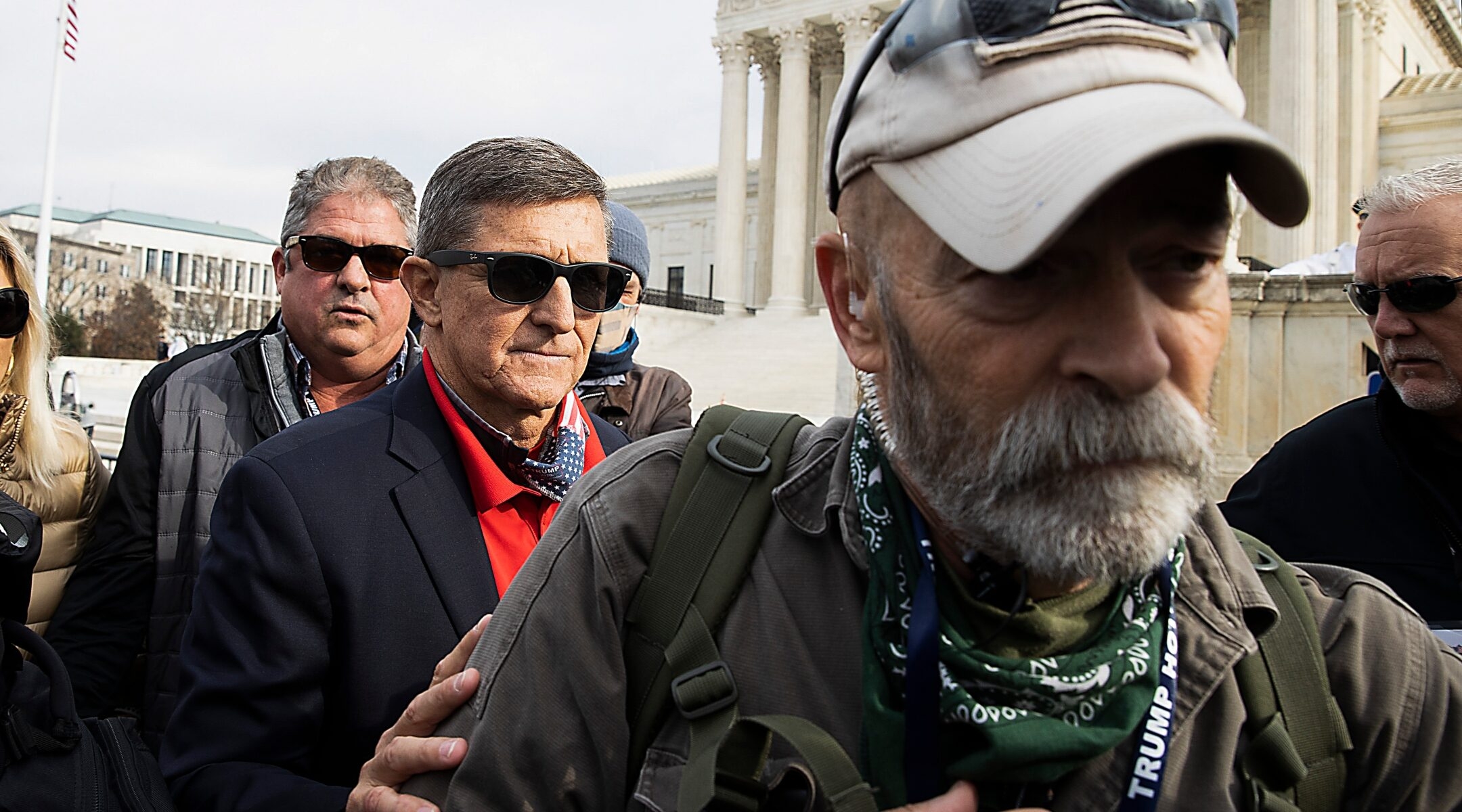 (JTA) — The Christian Zionist pastor of a major church asked forgiveness for allowing the church to host an event where Michael Flynn said that the United States should only have one religion.

“Last week I allowed an event to be held at Cornerstone Church by an outside organization,” Pastor Matt Hagee said in a statement Thursday. “Regrettably, the organization was not properly vetted. It was not appropriate to allow this event at our church. The Church is not associated with this organization and does not endorse their views.”

Flynn is also one of the most ardent defenders of Trump’s false claim that he won last year’s presidential election.

The church distanced itself from the rally earlier this week, but video subsequently emerged of Matt Hagee greeting the rally at its outset, which spurred the stronger statement on Thursday. The rally had come under fire from other evangelical Christians because it was political in nature and held in a church, and because it embraced some of the most vituperative themes of the current moment. The crowd chanted “Let’s Go Brandon,” a euphemism for an obscene phrase targeting President Joe Biden.

“I was invited to welcome the crowd where I thanked veterans for their service and thanked the crowd for their commitment to their faith,” Hagee said in his statement. “I deeply regret, and ask forgiveness, for what took place in the Cornerstone sanctuary as a result of my oversight. In the future, Cornerstone Church will ensure that organizations using our facility are an appropriate reflection of our mission and vision.”

Hagee’s father founded Cornerstone and launched his signature “Nights to Honor Israel” at the church in the early 1980s. Those rallies and their popularity led the elder Hagee to found CUFI in 2006.

Jewish organizations including the American Jewish Congress, the Anti-Defamation League, the Zionist Organization of America and B’nai B’rith International have condemned Flynn’s remarks.