Michael Flynn calls for the US to have ‘one religion,’ sparking outrage from Jewish groups 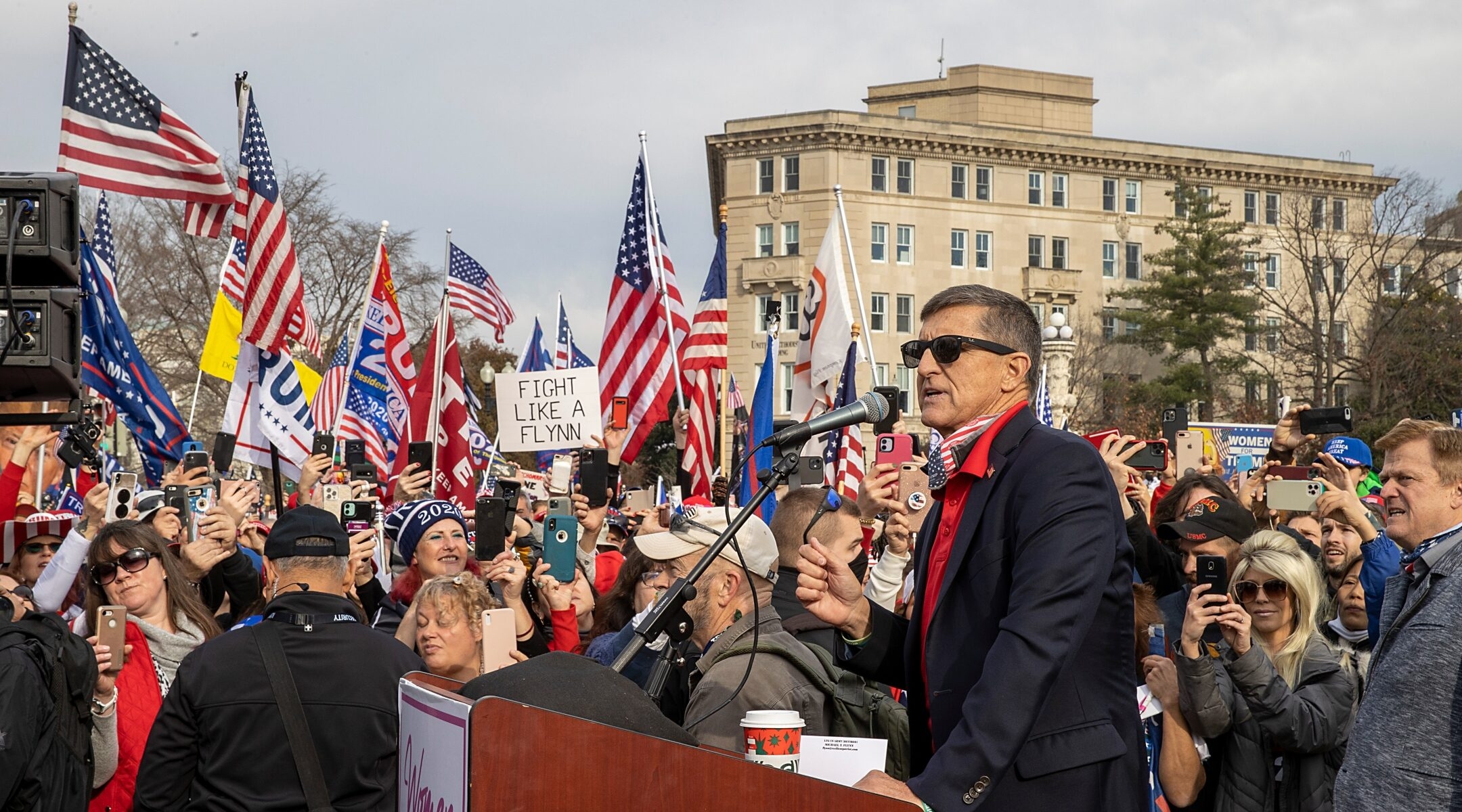 WASHINGTON (JTA) — The Anti-Defamation League and the American Jewish Congress have joined numerous groups and individuals in condemning the call by Michael Flynn, former President Donald Trump’s national security adviser, for the United States to have one religion.

The ADL’s CEO, Jonathan Greenblatt, and the American Jewish Congress both took to Twitter to call Flynn’s statement “anti-American.”

“To suggest that the United States of America, a nation founded on twin bedrocks of pluralism and the freedom to practice any religion, should ‘have one religion’ is anti-American, anti-democratic and downright dangerous,” Greenblatt said.

“Michael Flynn’s statements are both unacceptable & anti-American,” the American Jewish Congress said. “Such dangerous rhetoric runs counter to American values and threatens the foundations of our democracy.”

Numerous Democrats and a number of Flynn’s old colleagues in the military, where he reached senior ranks, also denounced Flynn.

The rally was reportedly held at the sanctuary of Cornerstone Church in San Antonio, run by prominent evangelical pastor John Hagee — founder of the Christian Zionist group Christians United for Israel. Hagee spoke at the Trump administration’s  2018 dedication of the new U.S. embassy in Jerusalem. A spokesman for CUFI directed a reporter’s inquiries to Cornerstone Church.

Greenblatt tied Flynn’s rhetoric to the deadly Jan. 6 insurrection at the U.S. Capitol, spurred by Trump’s claims of election fraud.

“We are living in a post-traumatic moment as a nation, reeling from the fallout of the Jan. 6 insurrection,” he said. The ADL “is deeply concerned that rhetoric like Flynn’s — which elevates one religion over others — has the potential to further those rifts and incite political violence.”

Flynn had at least one Jewish backer: Josh Mandel, a Republican candidate for senator in Ohio who has pushed what he calls “Judeo-Christian” values in his campaign, said on Twitter, “We stand with General Flynn.”