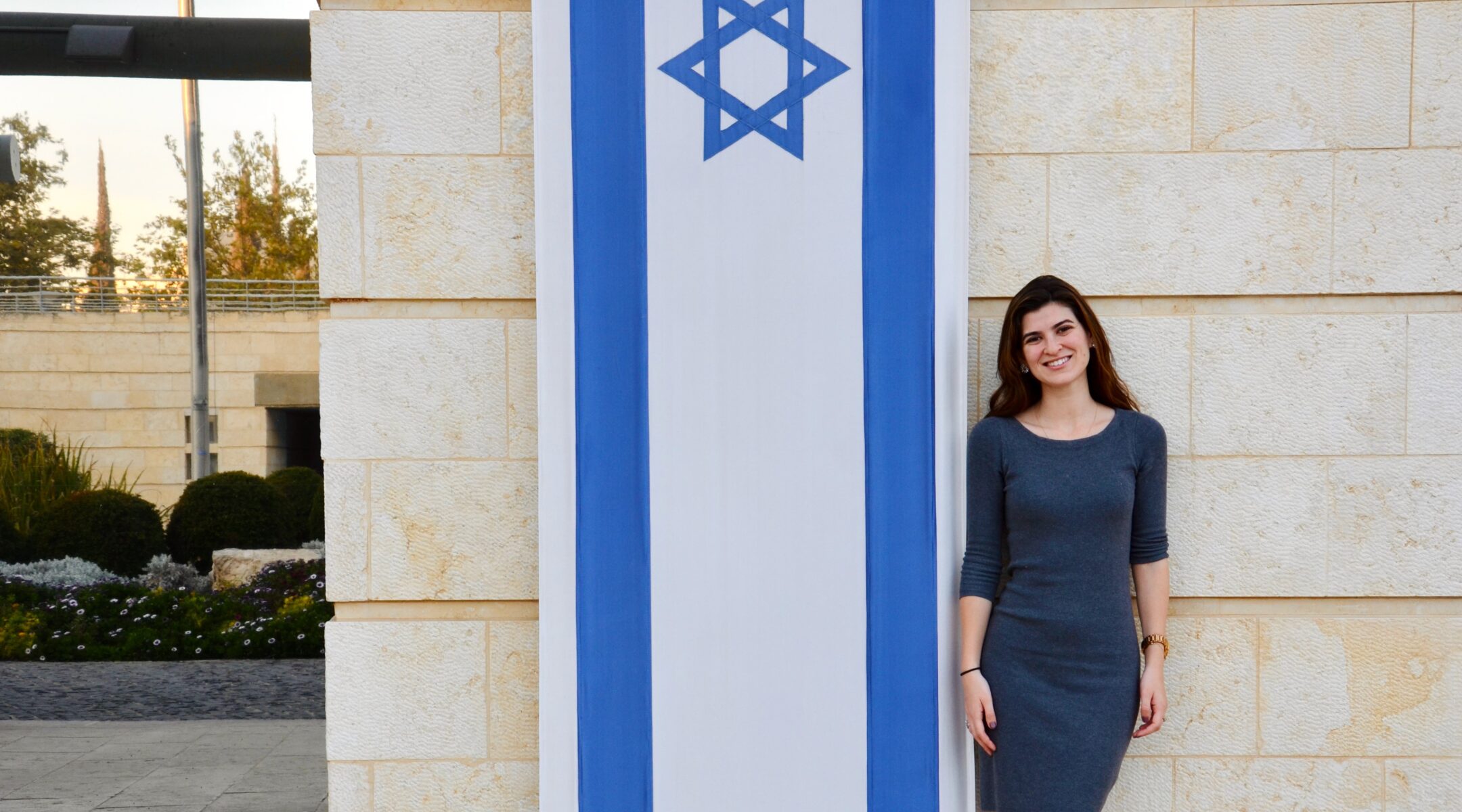 A U.S. native who immigrated to Israel eight years ago, Schwarzbard isn’t just any online advocate for Israel. As head of new media at Israel’s Ministry of Foreign Affairs, it’s her job to communicate with global audiences about her adopted home.

Depending on the day, Schwarzbard oversees between 20 and 30 employees at the Foreign Ministry’s headquarters in Jerusalem. She is in charge of the ministry’s branding and digital ecosystem, which operates in six languages. Schwarzbard works primarily in English, but she supervises work carried out in Hebrew, Farsi, Spanish, Russian and Arabic. The Jerusalem-based ministry team works with over 100 Israeli missions and embassies worldwide.

“For me, the excitement is less about the social media and more about the worldwide reach and the opportunity to shape hearts and minds,” she said.

This 31-year-old Jerusalemite is one of a growing number of American immigrants to Israel playing increasingly prominent and important roles in Israeli government or business. Schwarzbard sees her success as a combination of luck and good timing — and an example of how Israel is capitalizing on the value and unique contributions of new immigrants who come with university degrees or professional track records.

“My potential as an olah is appreciated. I’ve been truly welcomed,” Schwarzbard said. “I don’t take it for granted.”

Growing up in the Flatbush neighborhood of Brooklyn as the youngest of four children in a modern Orthodox family, Schwarzbard always imagined herself making aliyah — immigrating and living her adult life in Israel. Her family was Zionist, including her four Holocaust survivor grandparents. Her paternal grandparents and one of her older sisters immigrated ahead of her. Another sister made aliyah after her.

As with all American olim nowadays, their immigration was facilitated by Nefesh B’Nefesh, which assists with immigration from North America in partnership with Israel’s Ministry of Aliyah and Integration, the Jewish Agency for Israel, Keren Kayemeth LeIsrael and JNF-USA.

When Schwarzbard moved to Israel from New York in August 2013 after graduating from Yeshiva University’s Stern College with a history degree, she was unsure where she was going professionally. She had secured a recruitment position with Yeshiva University’s Israel office so she could hit the ground running, but she didn’t view the post as a career-making job. 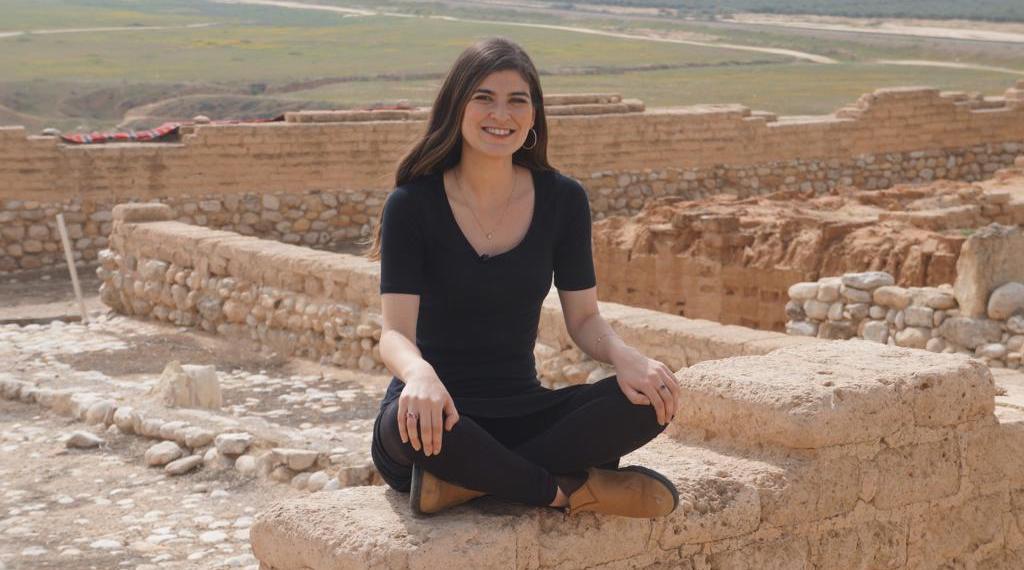 Tamar Schwarzbard is one of a growing number of American immigrants to Israel playing increasingly prominent and important roles in Israeli government or business. (Courtesy of Tamar Schwarzbard)

She ended up going back to school, getting a master’s degree in communications and journalism at the Hebrew University (free or heavily discounted university tuition is one of the benefits Israel offers new immigrants). While still in school, Schwarzbard took a student position in the Foreign Ministry’s digital diplomacy department, and she ended up staying on after completing her degree in 2017.

By January 2020, Schwarzbard had worked her way up to her current position, where she’s also a deputy to the head of digital diplomacy.

Schwarzbard credits the Hebrew language education she received at Brooklyn’s Shulamith School for Girls for putting her in a good stead upon her arrival in Israel. She only needed one semester of ulpan, an intensive Hebrew course, to get up to speed.

“I threw myself into Hebrew and Israeli culture. It was sink or swim,” she recalls. “Sometimes I make mistakes, but I laugh it off. It’s the only way to learn. I even spoke in Hebrew on a TV morning show!”

Despite Schwarzbard’s positive attitude, she doesn’t shrug off the challenges of aliyah. She credits Nefesh B’Nefesh with helping her and other new immigrants navigate Israel’s bureaucracy. After the pandemic arrived, Schwarzbard was forced to go a year and a half without seeing her parents, brother or other relatives back in the United States.

But she also found herself at her most creative during the pandemic. She launched the Foreign Ministry’s TikTok account, which accrued 146,000 followers in just six months.

With social media taking up so much of her time and energy during the day, Schwarzbard makes a concerted effort to turn off her computer and silence her phone in the evenings. She has also limited her personal social media presence to Twitter and LinkedIn.

When not working, Schwarzbard likes to run in Jerusalem’s Sacher Park and read historical nonfiction. She’s acquired a sizable circle of friends — both native Israelis and immigrants.

“I have a hybrid social circle,” she said, “but I would have to say that my closest friends are Israelis I met here, including fellow former students, roommates, and colleagues from work. It is important to break out of the American olim bubble.”

Although Schwarzbard tries to separate work from personal time, the reality of her job is that she is on call 24 hours a day, six days a week (seven days a week in times of national crisis).

She says she doesn’t mind, because she knows she is making a broad and significant impact. She loves to engage with people, creating relationships and opportunities for dialogue. She especially likes it when she can leverage other olim in her work.

She encourages other young people to consider making Israel their home, despite the challenges.

“Israel is a land of opportunity. You can really make a difference and leverage the skills you have from growing up abroad,” she said. “You can make it to the top of your field here.”

Networking, she says, is key. “That is why I always respond to other immigrants who reach out to me on LinkedIn.”

Schwarzbard rejects the Hebrew description of what she does as “hasbara,” which she says connotes propaganda.

“What we do is public diplomacy. There is nothing we need to justify or be defensive about,” she said. “What we do is tell Israel’s story and prepare for the future. We engage, create relationships, and respond.”

Schwarzbard says her goal is to share what she herself has discovered since making aliyah: “Israel is a normal country. It is perfectly imperfect, and it is far more than the Israeli-Palestinian conflict. Israel is a complex place, and our stories are similar and relevant to those of other places around the world.”

This article was sponsored by and produced in partnership with Nefesh B’Nefesh, which in cooperation with Israel’s Ministry of Aliyah, The Jewish Agency, KKL and JNF-USA is minimizing the professional, logistical and social obstacles of aliyah, and has brought over 65,000 olim from North America and the United Kingdom for nearly two decades. This article was produced by JTA’s native content team.